Aroma with truffles and Asian 'truffles', watch out for the bin 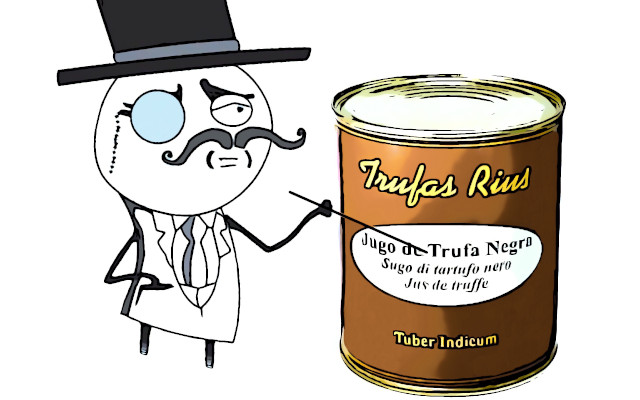 A reader tells us the label of the 'chickpeas with truffles'by LIDL, Deluxe line of LIDL, where the cd'truffle aroma (1,4%)'prevails over the Asian' truffle ', designated as'black truffle '(Tuber Indicum)', 1,05%.

The strongest scent is that of the bin, whose credit also goes to laissez-faire of the control authorities on deceptive aromatic suggestions in labeling and advertising. A deepening.

1) Flavors, general conditions of use

The so-called flavor regulation indicates the possibility of using flavorings or food ingredients with flavoring properties in foods under two general conditions:

a) flavorings and flavoring ingredients must not present a risk to the health of consumers, e

Aroma labeling not intended for sale to final consumers can report, which 'sales description, the term flavor or a more specific name or description of the flavor'(EC reg. 1334/08, article 15).

The professional operator (e.g. food industry, artisan laboratory) can thus identify the substance and / or compound with an aromatic profile. Without prejudice, however, to the use of specific designations, eg. 'orange essential oil'.

EFFA - European Flavor Association, the European confederation of flavor producers - reports in its guidelines some examples of 'more specific names or descriptions of the aroma'. Which may refer to apple, banana, rather than roast chicken 'and others, where a flavor profile indicator is added to the sales denomination'. (2)

The information addressed to the final consumer must nevertheless respond to the general prohibition of misleading the final consumer as regards, among other things, the composition of the food (3,4). The evocation of an aromatic profile on the label must therefore be limited to a literal reference (eg. 'taste of ...') or at the most symbolic (e.g. pictogram). Instead, avoiding the use of suggestive images, unless it is a matter of 'natural aroma of ...'. (5)

The truffle species European black, tuber melanosporum, and Asian (T. indicum) are phylogenetically and morphologically very close. T. melanosporum is a well-defined species located in southern Europe, while T. indicum it is formed by a complex of cryptic species or ecotypes spread from India to Japan.

tuber melanosporum it has been harvested and consumed in Europe for several centuries and has been grown in orchards since at least the XNUMXth century. tuber indicum - present in nature in primary or secondary Asian forests - vice versa it is rarely consumed by local populations.

Imports in Europe of T. indicum from China began in the 90s of the last century, to respond to a demand not met by the European production of T. melanosporum. This phenomenon is partly explained by the decline in European productions, but above all by the significantly lower costs of the Asian 'truffle'. (6) 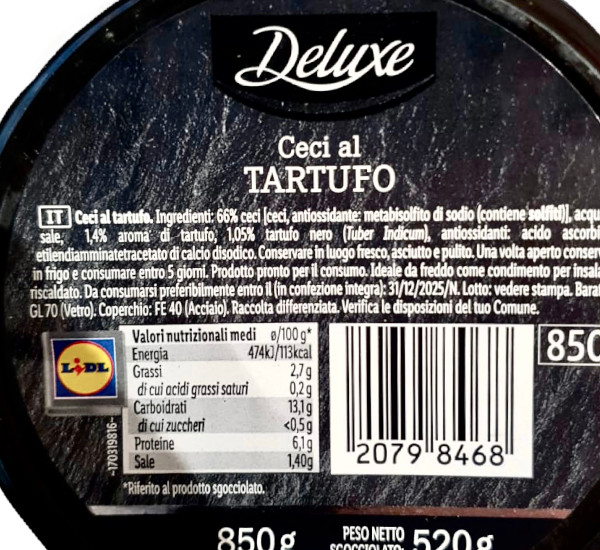 4) Tartufi, the framework law in force in Italy

The framework law in force in Italy on the collection, cultivation and sale of truffles requires that 'Truffles intended for fresh consumption must belong to one of the following genera and species, while the trade in
any other type:

ECJ - the European Court of Justice - ruled on the case of infusion labels Teekan that reported on the label - outside the ingredients list, but not even in the list itself, not even in the form of 'natural flavors of (...)'- to flavors and images of raspberries and vanilla flowers.

'In the situation where the labeling of a food product and the relative methods of realization, considered as a whole, suggest that this product contains an ingredient that is actually absent, the aforementioned labeling is such as to mislead the buyer about the characteristics of the product in question (…).

In the context of that examination, the referring court must take into account, in particular, terms and images used as well as the location, size, color, typeface, language, syntax and punctuation of the various elements shown on the fruit tea package. ' (8)

In the present case First of all, the legitimacy of use of a (synthetic) truffle flavoring is questionable. To the extent that it is used surreptitiously to impart the smell and taste of truffles to a product that does not contain truffles - in the sense and expectation of the average consumer in Italy, the homeland of truffles - but the Asian 'truffle'. A violation of the general conditions for the use of flavorings, referred to in paragraph 1 above, can therefore be configured.

The bin is obvious, moreover, just when - in the name of the food and in the ingredients list - it is indicated as'truffle' is 'black truffle'the tuber of a different species which is similar in appearance but different in value and organoleptic properties. And in fact it is therefore necessary to add a synthetic aroma, to make truffles believe what is not such.

(1) EC Reg. 1334/2008, relating to flavorings and certain food ingredients with flavoring properties intended for use in and on foods. Consolidated text as of 24.11.21 on Europa Lex, https://bit.ly/3nTWR7i

(5) The expression 'natural aroma of ...'postulates the fulfillment of two conditions. The natural manufacturing process (according to the specifications defined in the EC regulation 1334/08) and the use of the raw material referred to in a share of not less than 95% by weight of the aroma

(7) Law 16.12.85, n. 752. Framework legislation on the collection, cultivation and trade of fresh or preserved truffles intended for consumption. See article 2 and Annex 1. Text updated on 25.5.91 on Normattiva, https://bit.ly/3HWWgJU

Transparency on the label of alcoholic beverages, legal action in the USA