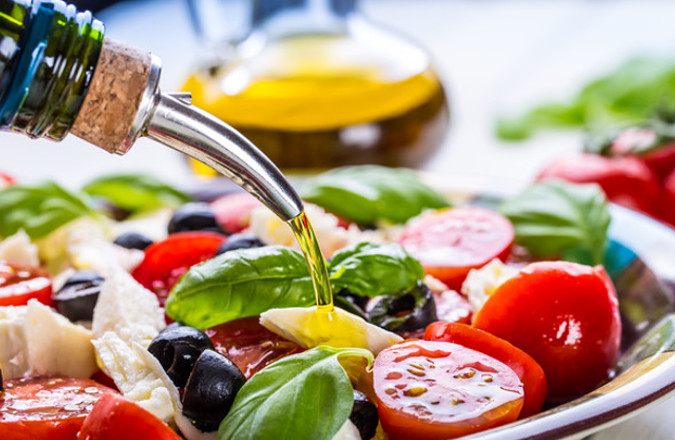 The Mediterranean diet improves your mood, like an antidepressant. This is part of the innovative results of research published in the American Journal of Clinical Nutrition, demonstrating the positive effects of the Mediterranean diet on life quality, as it mitigates disturbances linked to disability, pain and depression.

The study comes from collaboration between the CNR Italian Neuroscience Institute, the National Research Council (In-Cnr) and the University of Padua (Professor Nicola Veronese). Yet again it proves the Mediterranean diet’s anti-oxydant, anti-inflammatory role, beneficial against neuro degenerative , metabolism and cardio-vascular diseases.

The researchers assessed the impact of the Mediterranean diet, observing 4,470 Americans aged 61 on average: a sample used to diet regimes nothing like the Mediterranean one, characterised by far more cardio-vascular, metabolism diseases than the European population’s. At the study end, they revealed less disability and depression (by about 30%) in those following a food style that could be led back to the Mediterranean diet: plenty of fruit, vegetables, cereals, nuts, olive oil; moderate amounts of red wine, fish and chicken; reduced egg and red meats consumption.