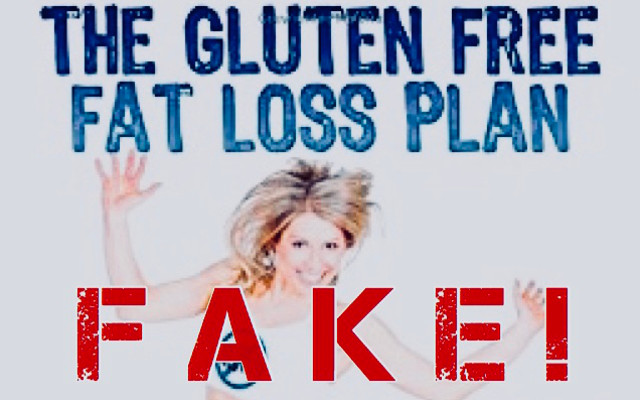 Gluten free is a leitmotiv now appearing on labels of every kind of food and drinks. Further beyond the purpose it was originally inspired by. In a number of cases, this claim violates the fair communication criteria provided by the Food Information Regulation (Reg. EU 1169/11, Article 7).

’Gluten Free’, where does it come from?

Celiac disease, a chronic intolerance to gluten, is an endemic disease that affects a variable quota – between 1 and 2%, depending on the region – of the global population. The only cure available to this day for celiac patients is a strict gluten-free diet.

Patient associations – among which the AIC (Italian Society for the Celiac Disease) stands out – have put into extraordinary commitments, in the past decades, to ensure a safe and fair existence to coeliacs and their families. These associations have fought battles in various contexts:

– at regulatory level, in order to guarantee the need for conspicuous and appropriate information on food labels, in case of the possible presence of cereals containing gluten, even because of accidental contamination. (1) Such information must be present also in the sale of bulk foodstuffs, like croissants and sandwiches in the showcases of cafès, or street food. As well as in any other food venue from public establishments, cafeterias to private catering, (2)

– towards food manufacturing industries, through awareness campaigns, as to develop product lines intended for celiac in areas where cereals containing gluten are traditionally used (baked goods and ready meals primarily),

– in public establishments (restaurants, pizzerias, hotels, ice-cream parlor, small scale enterprises), by promoting the improvement of self-control activities, as to prevent accidental contamination. Through training activities, which may be associated with certification procedures and audits in favor of those operators who wish to guarantee safe meals for this vulnerable part of consumers,

– in terms of public health, to spread awareness on the endemic nature of this disease and encourage diagnosis already from the first months of life. (3) As well as to ensure an adequate healthcare, and provide all coeliacs with a free provision of foodstuffs suited to their specific dietary needs, (4)

– on a scientific level, by promoting the scientific research which is needed in order to deal with the different conditions of patients and foster their health, bearing in mind their dietary needs. Research on nutrition and food technologies is indeed going on, with the aim to develop balanced diets. Without loosing hope on finding new treatments.

Gluten-free, a trend of many for the benefit of a few. Beyond all reason

’The gluten-free diet is not a trend!’, stresses the AIC (Italian Society for the Celiac Disease). Coeliacs have no choice, a diet with no gluten is life-saving for them, as the only possible curative therapy. Despite that, 99% of the consumers believe that gluten-free products may support our health, or loss of weight. Wrong. (5)

10% of European population, 6 million consumers in Italy, follows a gluten-free diet for no good reason. One out of three ‘gluten free’ products is consumed by non coeliacs under the illusion that they will help them drop weight or improve their physical condition (!). Thus squandering, just in Italy, more than 100 million EUR on the purchase of products that are not needed. (6)

How can we explain this phenomenon? It’s simple, viral deception, which is the strategy carried on by Big Food, for many years now. The range of gluten-free products has flourished, making it possible to save on production costs – replacing high-value cereals (like wheat) with cheaper ones (like corn) – whilst raising prices. Bingo!

Some internationally renowned stars in their turn, coincidentally, celebrate this irrational ‘gluten-free diet with no need’. Thanks to Lady Gaga, Victoria Beckham, Gwyneth Paltrow and Kim Kardashian – among others – the viral deception spreads onto hundreds of millions of followers through social networks. And the lucrative business grows.

The ‘good old gluten’ is indeed a precious protein, to which our bodies are well accustomed to, outside the cases of celiac disease. Since cereals like wheat and barley have fed the European population since the Neolithic. Unlike corn, for instance, which was introduced in Europe only in the modern age. (7) Furthermore, gluten is a champion on sustainability, thanks to its water and environmental footprint way lower than other protein sources.

‘No Gluten’ or ‘reduced presence of gluten’, rules on food labels

Foods with ‘no gluten’ or ‘reduced presence of gluten’, once classified as ‘foods intended for a specific diet’, are now subject to the Regulations provided for foods of current use.

Regulation EU No. 828/2014 ‘on the requirements for the provision of information to consumers on the absence or reduced presence of gluten in food’, confirmed the tolerance thresholds already established (9). By further introducing the possibility of providing on the label, under the conditions laid down, specific and facultative indications.

It should also be possible for a food containing ingredients naturally free of gluten to bear terms indicating the absence of gluten, in accordance with the provisions laid down in this Regulation and provided that the general conditions on fair information practices set out in Regulation (EU) No. 1169/2011 are complied with. In particular, food information should not be misleading by suggesting that the food possesses special characteristics when in fact all similar foods possess such characteristics.

In cases of food products where gluten is generally not present – since naturally absent from the ingredients they usually contain – the rule is crystal clear.

– On the other hand it shall not be used as a ‘gluten-free’ claim, given that this characteristic is common to other similar products. It is in fact forbidden to present a food with characteristics that belong to other products of the same category. (12)

Time to be done with the gluten-free term on a large pool of products that have nothing to do with cereals containing gluten, from dairy products to fruit juices, meat and sweats. ‘Gluten-free’? Damn right!

(1) Cf. EU Regulation 1169/11, art.21 / II° N.B.: it is necessary to specify the presence of each single cereal, in order to protect consumers allergic to the single ones. To be mentioned, on the subject, the recent EU Commission’s guidelines, at https://www.greatitalianfoodtrade.it/etichette/allergeni/-linee-guida
(2) V. Cf. EU Regulation 1169/11, art.44 1(a) One may ask oneself why European laws are still being violated by almost all public merchants. And why health authorities don’t ensure dedicated checks and penalties
(3) The AIC (Italian Society for the Celiac Disease) estimates around 600,000 coeliacs in Italy, of which only 190,000 have been diagnosed. This means that 70% of coeliacs is not aware of its health condition
(4) Currently, in Italy, products are paid out up to a maximum of roughly 90€ per patient
(5) Concerns have been expressed in regards to the introduction of gluten free diets outside those cases in which it is strictly necessary, in a recent study at the Harvard University
(6) The market for gluten-free products in Italy has experienced a growth of 27% in 2016, compared to the previous year. With a total value of 320 million euro, of which 215 have been spent by diagnosed patients (Nielsen data presented by the AIC – Italian Society for the Celiac Disease – in May 2017, in connection with the Celiac Week)
(7) The minor capacity of absorbing corn by European populations has been proven by the endemic pellagra, that affected the North of Italy between the XVIII and the XIX century
(8) Cf. Regulation EU 609/2013, in force since 7/20/2016
(9) 20ppm and 100ppm, respectively, for the terms ‘gluten free’ and ‘reduced levels of gluten’
(10) Order of the Health Ministry of May 17, 2016, has clarified that, with respect to the listing of gluten free products in the register of subsidy products for coeliacs, such products must report the required information on the labels
(11) See above, Notes 1 and 2
(12) Cf. Regulation EU 1169/11, art.7.1.c