Tartaric acid, benzene in our dishes or in toothpaste? Paolo De Castro seeks clarification from the European Commission 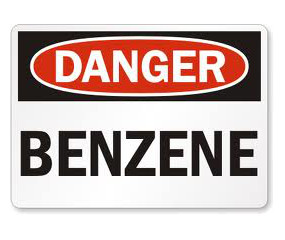 On May 13, 2015 MEP Paolo De Castro – Italian former minister for agriculture – presented a query to the European Commission on an issue that seems very technical at first glance, but has major implications for the health of consumers and the economy of a production chain closely connected to the national territory. It is about an additive: tartaric acid.

Tartaric acid is a substance of natural origin extracted from the lees of wine – namely, that which is derived from the pressing of grapes – present in the form of potassium salt. It has always been used in food production and wine, toothpaste, pharmaceutical products and other consumer products, as well as in some building materials. In the food sector, tartaric acid is added to a wide range of products from baby milk, candies, jams and fruit juices, which gives it a sour taste. In raising agents for bread and cakes, as an antioxidant and emulsifier. In wine, it balances the acidity.

In the last decade, however, a synthetic tartaric acid has appeared on the market, of Asian origin, a byproduct of a chemical reaction, a benzene derivative, thanks to a GMO enzyme (1). Already in 1977 some studies had shown the toxicity of a form of tartaric synthesis, which tends to accumulate in the kidneys leading them to nephritis (2). And the Scientific Committee for Food had thus ruled out its use in food, in Europe, in 1991.

Chemistry has meanwhile evolved, but European procedures have not kept up. The latest technologies have made it possible to reduce – but not completely rule out – the residual of the dangerous form of tartaric synthesis. Rightly so, the ‘Institute for Health and Consumer Protection’ (‘Physical and Chemical Exposure Unit’) had acknowledged that ‘the possible presence of the isomer D of tartaric acid and heavy metals makes the L tartaric acid produced by biosynthesis not suitable for food or pharmaceutical products’. But despite the recent European regulations on the use of additives in food (3) and in materials intended to come into contact with them (4) do not distinguish natural from synthetic tartaric acid, since it is still based on studies that date back to a prior time.

Mr Paolo De Castro has intercepted the danger, and has therefore immediately intervened. ‘It is absolutely necessary and urgent that the European Commission authorize additional studies to assess the safety profile of, firstly, synthetic tartaric acid and then to assess whether this should not be prohibited from at least food and pharmaceutical use’ says the former Italian Minister of Agriculture to Great Italian Food Trade (www.greatitalianfoodtrade.it). He adds, ‘the protection of public health, is accompanied by the problem of unfair competition that European producers of natural tartaric acid are subjected to – Italy itself is a world leader in the production of natural tartaric acid – forcing them to bear much higher production costs related to the stringent European legislation on environmental and workplace safety.

Our MEP has opened Pandora’s box – apparently – the greedy speculation of the big importers and processors of ingredients, which could have replaced the precious natural tartaric acid with its synthetic copy of a very different value. Weaving their way through the regulatory loopholes and shortcomings of the European Commission, which now must take immediate steps to protect both the health of consumers, as well as processing enterprises basically unaware of the technical aspects and the underlying dangers.

(1) From a technical point of view, tartaric acid synthesis derives from maleic anhydride, in turn obtained by the oxidation of benzene or n-butane through a fermentation with a genetically modified enzyme

(2) The ‘Summary of toxicological data of certain food additives’ should be noted, published in the report of the 21st ‘Joint FAO / WHO Expert Committee on Food Additives’ meeting, in Geneva, 18-27, April 1977