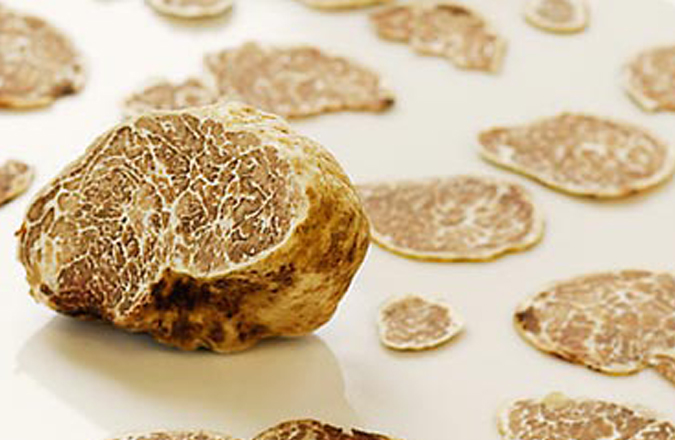 Twhite arthuffle, the most prized variety of all. In more recent years the price of the Alba truffle and of the Italian white truffle in general has seen prices over 2000 euros / kilo, however, last year underwent a significant reduction. The Alba truffle, together with its territory of origin, is the true heart of an extreme delicacy that is released in some peculiar recipes.

Called 'Trifola'in northern Italy, it is common in the southern regions of Piedmont, including Alba (home to the oldest dedicated fair), Langhe, Roero and Monferrato, the central Alpennino (Tuscany, Emilia Romagna, Marche and Umbria) and portions of the province of Siena they are also famous for this specialty.

The harvest season begins in September / October and extends until the end of December. Compared to the black counterpart it is smooth and ocher yellow in color. The internal part has a white-yellowish color with shades of red-brown that vary according to the ripening. These gradations are influenced by the type of soil and trees with which the truffle enters into symbiosis. The most important characteristics are the aroma and flavor. The truffle recipes will take you on a flight full of notes of fermented cheese and garlic, closed by a light and spicy finish.

The truffle between nature and culture. Conference in Alba