New GMOs, bans on the reuse and exchange of seeds in Italy. Chamber stop 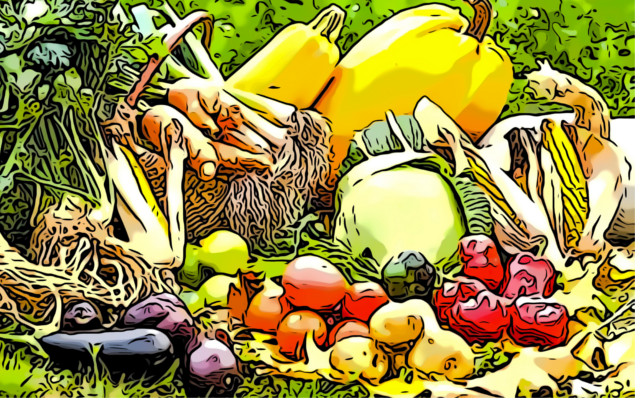 The Agriculture Commission of the Chamber of Deputies, on 13.1.20, imposed on the government the stop of four schemes of legislative decrees, relating to seeds and plant propagating materials, in the parts in which they tried to surreptitiously introduce the green light to the new ones. GMOs (PBT, Plant Breeding Techniques) and the ban on the reuse and exchange of seeds in Italy. (1)

The coalition of associations committed to the protection of the environment and health, the organic supply chain, consumers and social justice prevailed diktat of pesticide and seed monopolists. (2) #ItaliaNoOgm!

The projects of the legislative decrees in question relate to:

- production and marketing of propagating materials and fruit plants and vegetables (No. 208),

- protection of plants from harmful organisms (No. 209),

- production for marketing and sale of seed products (No. 211),

- production and marketing of vine propagating materials (no. 212).

- introduce the conditions for admitting the deliberate release of GMOs, old and new, in Italy,

- restrict competition in the seed trade,

- deny farmers the possibility of reusing seeds and exchanging part of the crops as seeds or propagating material.

The law of European delegation, introduced in Italy in 2012, serves the 'periodic adaptation of national law to European Union law', based on the'principles of attribution, subsidiarity, proportionality, loyal collaboration, efficiency, transparency and democratic participation'. (6) Legislative delegation, in this context, is'aimed exclusively at the implementation of European directives and framework decisions to be transposed into national law, excluding any other provision of legislative delegation not directly attributable to the transposition of European legislative acts'. AND 'the acts of transposition of European Union directives cannot provide for the introduction or maintenance of levels of regulation higher than the minimum required by the directives themselves'(law 234/12, article 32).

Government forecasts further than the delegation - in addition to being unconstitutional, for the aforementioned reasons - are in conflict with the relevant European regulations and applicable international treaties. (7) With particular regard to the International Treaty on Plant Genetic Resources and for Food and Agriculture (ITPGRFA), according to which 'no provision (...) implies a limitation on the right of farmers to store, use, exchange and sell seeds or propagating material'(Article 9.3). And the states adhering to the Treaty have a duty, among other things, to guarantee the participation of farmers'the adoption of decisions concerning the use of plant genetic resources for food and agriculture as well as the fair and equitable sharing of the resulting benefits'(Article 9.2).

The clumsy attempt of the (today ex-) minister Teresa Bellanova to open the way to new GMOs in Italy, in hindsight, it represents nothing more than the execution of an order given by the president of Coldiretti Ettore Prandini. (8) The equally unfortunate idea of ​​prohibiting farmers from reusing and exchanging their seeds in turn fulfills the interests of Bonifiche Ferraresi (BF) SpA (CAI), majority shareholder of the Società Italiana Sementi (SIS), already condemned for abusive commercial practices in the management of the Senatore Cappelli monopoly on wheat. Among other things, BF SpA is owned by both the president and the wife of the secretary general of Coldiretti. According to what is reported in the poisons dossier on Federconsorzi 2, alias Consorzi Agrari d'Italia SpA (9)

Italian farmers they only have to lose, on both these fronts. The new GMOs - like the 'classic' ones - are as functional as the old ones to sell more agrotoxic, as we have seen (10, 11). Higher costs, more dependence on pesticide and seed monopolists (Big 4), no increase on the price lists. And civil society - in Italy as in Europe - increasingly shuns GMOs as pesticide residues in food. But what interests does Coldiretti really represent, beyond the personal ones of his 'magic circle'? (12)

Politics Italian is at a crossroads, continue to follow the orders of the magic circle or respond to the needs of the population.

(5) EU Reg. 2017/625, on official controls and other official activities carried out to ensure the application of legislation on food and feed, rules on animal health and welfare, plant health and plant protection products. Consolidated text as of 14.12.19 on https://eur-lex.europa.eu/legal-content/IT/TXT/?uri=CELEX%3A32017R0625&qid=1606603760853

(6) Law 24.12.12, n. 234. General rules on Italy's participation in the training and implementation of European Union legislation and policies. https://www.gazzettaufficiale.it/atto/serie_generale/caricaDettaglioAtto/originario?atto.dataPubblicazioneGazzetta=2013-01-04&atto.codiceRedazionale=13G00003

(12) Dario Dongo. Coldiretti, Federconsorzi 2 and the director of AGEA. Question to the Senate. 8.1.21, https://www.greatitalianfoodtrade.it/mercati/coldiretti-federconsorzi-2-e-il-direttore-di-agea-interrogazione-al-senato

New GMOs, the blitz of Italian deputies with the excuse of war

New GMOs, the 5 Star Movement dares the free-all blitz. The denunciation of associations and civil society

NBT, the dark side of the new editing techniques. Scientific review

New GMOs at the service of agrotoxicants. Evidence of 9 in Monsanto's new GE corn. Petition