Traffic lights on the label and nutritional profiles, Italian pie 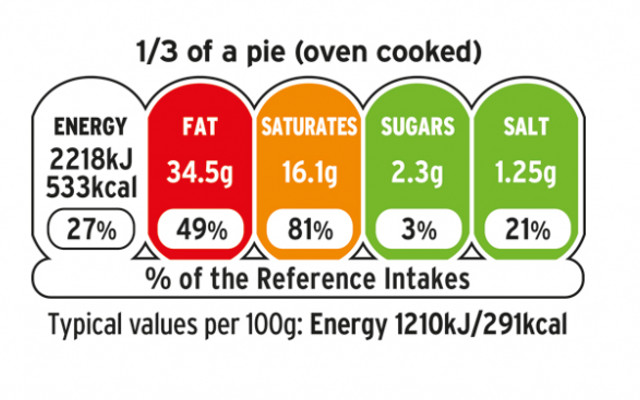 In recent months, the theme of traffic lights on the label has returned to the fore in the national news. Due to the contrary positions expressed by the Minister for Agriculture Maurizio Martina, which echo the unusual coalition between Coldiretti and Federalimentare. There rhetoric however, it is beyond the reality of the facts and its legal presuppositions. Let's try to shed some light.

The so-called traffic lights system has been developed and tested in England for a long time, on a voluntary basis, with the support of the Ministry of Health. In order to help consumers identify at a glance the elements worthy of attention (energy, fats and saturated fats, sugars and salt) in each product. In order to reduce excesses that are dangerous to health, and bring balance to the diet.

The EU regulation 1169/11 recognized the role of national legislators in introducing voluntary summary nutrition information systems, further than the mandatory declaration established at European level (cit. reg., art. 35). And the European Commission in fact it is about to give the green light at British traffic lights. As he will do later with the system NutriScore, in some respects similar, later adopted in France.

The international giants of Big Food they recently stated their support at British traffic lights, and a commitment to apply them. To gather the applause of consumer associations (BEUC at European level, AltroConsumo in Italy) and set aside the prospects for more effective public intervention, such as sugar taxes. (1)

The usefulness of traffic lights is evident on HFSS foods (High Fats, Sugars and Sodium). Like sugary drinks, that in one can they offer sugars in quantities above the r thresholdlimited by the WHO to an adult. Snacks, snacks and French fries in palm oil, loaded with saturated fat. But also 'unsuspected' products such as i ready meals for vegetarians and vegans, too often hyper-salty.

Nutritional profiles relating to food, in turn, serve to distinguish those unbalanced in energy, nutrient and sodium supplies. They were introduced by the regulation on Nutrition & Health Claims, (2) for the express purpose of preventing alleged health benefits from being boasted on HFSS foods (such as for example the Nesquik Optistar, as well as breakfast cereals that are promoted as healthful as they are enriched with vitamins, while often being excessive in sugars).

The function of nutritional profiles is wider, as pointed out by the WHO Office for the Region of Europe which has in fact requested its adoption by the member countries. They serve to demarcate the products which, within each food category, are preferable from a nutritional point of view. And put limits on marketing - especially when aimed at children and adolescents - those who do not conform to the profiles themselves.

Without penalizing traditional foods - such as in Italy Parmigiano Reggiano or Grana Padano DOP, extra virgin olive oil and many others - which can be excluded from this 'demarcation' precisely because of their historical role in the context of balanced diets - as indeed suggested by the WHO, and by the European legislator. (3)

The disinformation carried out in Italy it starts from the superimposition of the concepts of traffic lights on the label and nutritional profiles, which instead are quite different as has been shown. To theorize that both would threaten the foreign sales of the flagships of Made in Italy, such as Parmesan, Parma ham and extra virgin olive oil. A fable artfully constructed to protect only the products that instead risk being penalized. The poorest confectionery ones, full of palm and sugar. Whose fate is still sealed, unless provided to their necessary reformulation.

Notes
(1) The lobby of the 10 Great Sisters of food it is also trying to transfer all information and nutritional evaluations of foods from 100 g / ml to single portions, which can be 'tailored' for marketing. However, this approach is misleading for consumers, who lose the opportunity to compare the various products referring to the same quantity.
(2) EC Reg. 1924/06, article 4
(3) The regulation on Nutrition & Health Claims provides for the possibility of excluding traditional foods. Of course, all the more so as Europe itself co-finances traditional food promotion programs under the CAP

To share
Facebook
Twitter
Pinterest
WhatsApp
Telegram
Previous articleOrganic is growing all over the world. The data presented at Biofach 2017
next articleMeat origin in the restaurant, the proposed decree-law of the Consorzio Italia Zootecnica
RELATED ARTICLES
labels

Innovation and substitute ingredients, what news on the label?

USA, FDA working on a healthy logo to be applied on the front of the labels