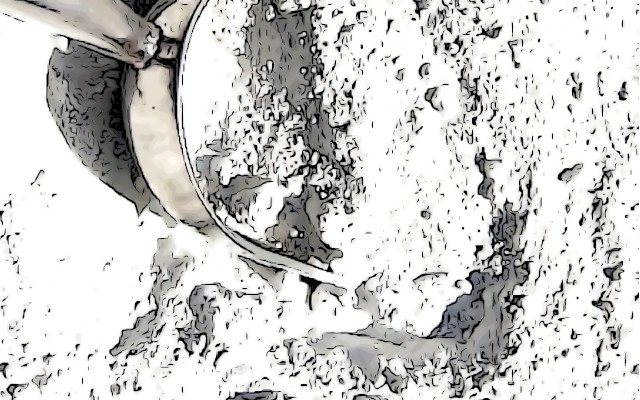 After years of institutional alarms and silences, the 6.5.21 EFSA finally has put to the index titanium dioxide. The final push to the genotoxic dye came thanks to the combination of three factors: a revision of a recent evaluation - the one that EFSA had carried out in 2016 highlighting knowledge gaps - the adoption of guidance on nanospecific risk and the availability of a large amount of scientific data.

'This is the first time whereas, EFSA's Scientific Committee Guidance on Nanotechnologies for Safety Assessment of Food Additives is applied and experts assessing the risk related to nanoparticles are also involved. A far-sighted choice by EFSA ', comments Francesco Cubadda, coordinator of the working group on the safety evaluation of nanotechnologies in the food sector of the Higher Institute of Health (ISS) and expert involved in the evaluation of titanium dioxide, who analyzes the salient aspects of the story.

Doctor Cubadda, the scientific community has been highlighting the toxicity of titanium dioxide for many years. If you think badly, it seems that the European Commission has given the food industry time to change additives ...

Titanium dioxide has ended up at the center of an international controversy. As always happens in these cases, each side in the game has its own point of view. Producers of titanium dioxide, for example, have always claimed that the material is harmless, even in the eyes of the food industry. This is not surprising. In fact, EFSA is a scientific body that carries out risk assessments based on mandates. This reassessment took place when the European Commission gave EFSA a mandate to carry it out. The Executive could no longer delay because France had banned titanium dioxide with a national rule and the European Parliament had taken sides in this direction. There were the scientific opinions of the member countries, especially France and Holland, to highlight important risks.

What role did the ISS play?

The ISS has been at the forefront of producing scientific evidence. The working group that I coordinate played a role in producing data on toxicity and exposure to titanium dioxide, which were also used in the latter assessment. The ISS is also one of the six centers recognized by the European Commission as expert centers that have developed new methods of analysis for nanomaterials in food, the latest of which is precisely on titanium dioxide.

Doctor Cubadda, can you summarize the toxicity of titanium dioxide?

Titanium dioxide is a material composed of insoluble particles, which are poorly absorbed by the intestine, but are eliminated very slowly. They accumulate in various organs, especially the liver and spleen. It has the ability to produce effects on the central nervous system, that is, to act as a neurotoxic. Furthermore, it has inflammatory effects on the immune system, and induces changes in the colon and rectum that can evolve, over time, into cancer. The decisive aspect in the evaluation, however, was genotoxicity.

Has genotoxicity, the risk of damage to DNA, not yet emerged in the literature?

The evaluation started with thousands of works. After a careful selection, a few dozen were identified with quality data. And several of these works highlighted non-negligible effects, studies conducted with particles even of similar size to those present in the food additive, which showed genotoxic effects without the possibility of identifying a threshold for them. Obviously, a food additive intended to be ingested daily cannot be genotoxic. In this specific case it was defined as unsafe for food use, including food supplements.

What will happen now?

Now the European Commission will propose to Member States to eliminate it from food. The question of other uses leading to oral exposure, such as use in the pharmaceutical sector, remains open. Most white medicine tablets contain titanium dioxide. Use in toothpastes can also lead to ingestion of the substance, although exposure levels are lower.

Titanium dioxide is also widely used in cosmetics, especially in sun creams. Are there any risks?

In sun creams, titanium dioxide is entirely a nanomaterial. The aim is to have a transparent layer, so the particle size is much smaller compared to the food additive. In this case, however, there is no risk, as the skin barrier is very efficient in preventing systemic exposure. The only caution is to avoid contact with damaged skin, altered by lesions or burns, as well as with the lips.

Are you satisfied with how the titanium dioxide assessment ended?

As a researcher I appreciate the solidity of the evaluation system put in place by EFSA. Then, this evaluation resolves disputes that had generated fears in European citizens, attracted media attention, fueled political tensions. It was necessary to put together all the evidence that emerged over the years and come to a conclusion. There is an advantage for everyone, first of all for citizens who see their health protected.