Microplastics in the human placenta. The discovery of Italian researchers 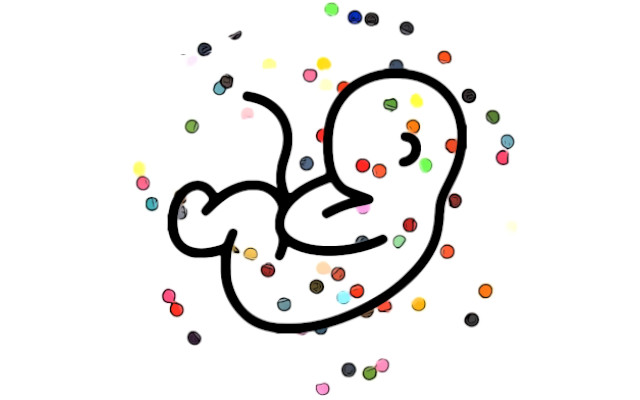 Several microplastic fragments were first found in the human placenta. The study - conducted in Italy, funded by MIUR and published on Environment International - Turns the light on exposure levels to microplastics and public health risks. (1)

Microplastics in the placenta, research in Italy

I ricercators they took human placenta samples from 6 women in labor at the San Giovanni Calibita Fatebenefratelli hospital on the Tiber Island in Rome. The material was analyzed at the Vibrational Spectroscopy Laboratory of the Marche Polytechnic University.

12 fragments of microplastics (ranging in size from 5 to 10 μm), all pigmented, spherical or irregular in shape, were found in 4 of the 6 placentas samples examined. 5 on the fetal side, 4 on the maternal side, 3 on the chorioamniotic membranes.

The origin of microplastics

All the particles have been characterized in terms of morphology and chemical composition. The analyzes made it possible to identify the chemical formula or the pigments used.

Three champions were identified as colored polypropylene, a thermoplastic polymer, while for the other nine only pigments could be identified.

From the pigments a hypothesis on the origin

Each pigment identified is an indicator of the possible source of contamination. Some examples among those analyzed:

- yellow iron hydroxide oxide is the pigment used for coloring polymers (plastics and rubber) and in a wide variety of cosmetics, such as BB creams and foundations,

- ultramarine blue it is mainly used in cosmetics. Soap, lipstick, mascara, eyeshadow and other makeup products.

Exposure to microplastics it now seems inevitable. Their presence is confirmed

- in the waters. In the waters used in agriculture and so in the Italian lakes, as well as in the seas,

- in food, even even inside fruit and vegetables,

microplastics and nanoplastics are then conveyed into the body through the respiratory and intestinal systems. With toxic effects of various kinds, to which we are already in part reported.

The dimensions of all MPs were ~ 10 μm, except for two which were smaller (~ 5 μm). These values ​​are compatible with a possible transport in the blood. Unfortunately, we don't know how microplastics reach the bloodstream and whether they come from the respiratory system or the gastrointestinal system.

The risks for mother and child

The presence of microplastics in the placenta poses worrying risks, according to the researchers. Considering the smallness of each placental sample (23 g compared to a total weight of about 600 g), it is also plausible that the contamination is very extensive.

Possible consequences on pregnancy outcomes and the fetus are the transgenerational effects of the plasticizer on metabolism and reproduction. Further studies need to be carried out to assess whether the presence of MP in the human placenta can trigger immune responses or can lead to the release of toxic contaminants, which are harmful to pregnancy.

One more aspect interestingly highlighted by the study concerns the failure to find microplastics in 2 of the 6 placentas examined. In fact, among the reasons there could also be a sort of individual impermeability.