Acrylamide. Italian study invites to avoid biscuits in the weaning of infants 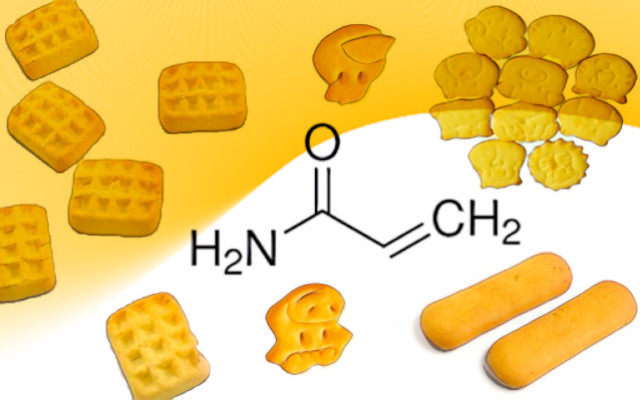 Baby biscuits are contaminated with acrylamide - a suspected carcinogen and genotoxic - and are unsuitable for weaning babies. This is the conclusion of a recent Italian study published in Foods. (1)

I ricercators of the Universities of Naples Federico II and Rome San Raffaele have purchased at retail 90 samples of ground and whole biscuits, cereal flour for children, snack sweet and savory and baby food with plum puree. All foods were intended for infants aged 4 to 36 months.

Acrylamide it is a contaminant generated by the high temperature cooking of starchy foods (fried potatoes, baked goods, coffee and its substitutes), as we have seen. (2) The International Agency for Research on Cancer (IARC) classifies it as'probable human carcinogen'(group 2A).

Analyzes conducted by the researchers highlighted its presence in 80% of the sampled foods, almost exclusively in biscuits, both whole and granulated, up to a maximum of 106 micrograms (μg) per kg.

The limits in the EU

The toxicity of acrylamide it is undoubted. The limits to the presence of this carcinogen are indicated by regulation (EU) 2017/2158, which prescribes a more stringent ceiling for authorized foods for infants:

As you can see, even the worst of the samples analyzed in this study does not exceed the maximum threshold. However, the data is not considered reassuring by the researchers.

Exposure to acrylamide by weaning biscuits

The scientists measured children's exposure to acrylamide via diet (from weaning up to 18 months of age), considering biscuits as the main source of the contaminant.

The conclusion is that exposure poses no risk of neurotoxicity. Instead, 'the likelihood of cancer exposure is 94%, 92% and 87%, respectively, for infants aged 6, 12 and 18 months'.

In light of these data, the study authors suggest the need to delay the introduction of baked goods into the weaning diet of children.

A source of exposure of babies to acrylamide is also the maternal body: in the gestational phase, through the placenta, and after birth through breastfeeding. (4)

showed that fetuses exposed to acrylamide undergo a slowdown in growth, which results in lower birth weight. (5)

A much debated carcinogen

Contamination of food with acrylamide is a hotly debated topic among consumer health protection organizations. The limits adopted by the European Commission will be reassessed in the course of 2022.

SAFE Food Advocacy Europe it fights for effective consumer protection - starting with the smallest, the most exposed - against this serious risk of food safety and public health, which is still unresolved. (6)