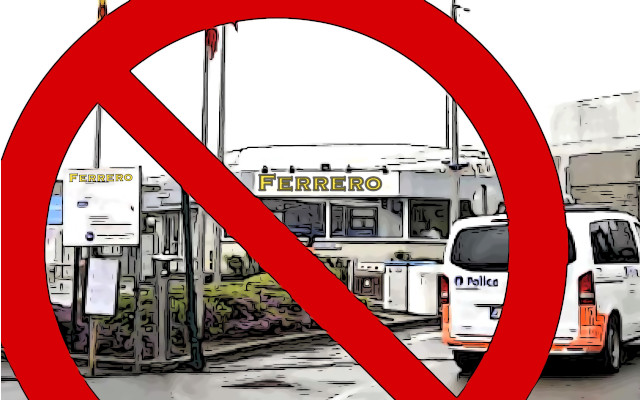 THEAuthority on April 8.4.22, 7, Belgian for food safety revoked the authorization of the Ferrero plant in Arlon, source of approximately 5% of the total global volumes of Kinder products, from which the 100 product lines suspected of having caused over XNUMX cases come from of salmonella.

The recall in Italy for the Kinder Ferrero case, initially limited to Schoko-Bons stuffed eggs, it was extended to other 3 products:

For information, contact Ferrero's consumer assistance at the toll-free number 800 – 909690.

'Based on the investigations carried out by the Fasfc and the finding in the last few hours that the company is unable to provide complete information for this investigation, the Agency today revoke the authorization at the Arlon plant. At the same time, all Kinder products produced by Ferrero Arlon are recalled today'.

The precautionary reminder (voluntary) communicated by Ferrero on 5.4.22 referred to batches of products suspected of a correlation with over 100 cases of salmonellosis in children in various European countries, as we have seen. This voluntary measure is now judged to be insufficient.

The FSFC has in fact ordered to remove all the production of the Ferrero plant in Arlon from the shelves. 'This pickup extension includes ALL products "Kinder Surprise", "Kinder Surprise Maxi", "Kinder Mini Eggs" and "Schoko Vouchers" regardless of batch number or expiration date', the Authority orders, which'it also asks distribution companies to remove these products from their shelves'.

'The connection between Kinder and salmonellosis confirmed'

The presence of outbreaks of salmonellosis in various European countries has been traced back to the consumption of the 5 Kinder products mentioned. In the recall in Italy of Schoko-Bons stuffed eggs, however, the multinational seems to exclude the correlation, specifying that 'Ferrero also reassures that, to date, no product analyzed on the markets affected by the recall was contaminated from salmonella'.

On the other hand, the conclusion reached by theAuthority Belgian: 'Several cases of Salmonellosis have been reported in Europe over several weeks. At the end of March, a link was suspected between these infections and the Ferrero plant in Arlon. The link was subsequently confirmed'.

However, to date there is no trace of this evidence in the RASFF portal.

THEAuthority does not provide further details. Instead, he explains that from the first signs of late March, 'conducted an in-depth investigation at Ferrero Belgium'. Finally, on April 8, 'based on the findings and in the absence of complete information provided to us by Ferrero, the FASFC has revoked the authorization for the Ferrero production site in Arlon '.

'FASFC closely follows all the measures adopted by Ferrero and will allow the reopening of the plant only if Ferrero is able to provide the necessary guarantees of compliance with the rules and regulations for food safety.'.

About the story the Belgian Minister of Agriculture, David Clarinval, spoke: 'I am satisfied with the work that FASFC has done in these days. In light of the situation, for clarity, it was decided to revoke the authorization for the Ferrero plant in Arlon. Such a decision is never made lightly, but current circumstances make it necessary. The food security of our citizens must never be neglected'.

PFAS in rainwater and food, a global ban is urgently needed