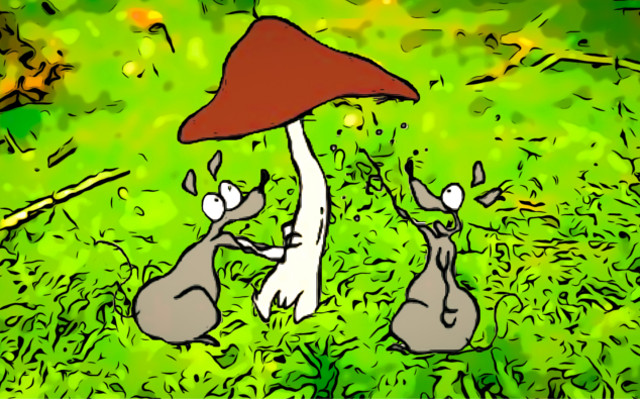 The mushroom picking season is still in its infancy and the first case of intoxication is already being recorded, reported by the Provincial Health Authority (ASP) of Catania. (1) Attention is indispensable.

Drum mace or Chlorophyllum molybdites, the poison makes the difference

The mushrooms edible of the species Macrolepiota procera - drum mace (also known as 'cappiddini') can be easily confused with those of the different species Chlorophyllum molybdites, which is instead poisonous.

Il Chlorophyllum molybdites - present in America, Africa and other regions of the planet, in temperate and sub-tropical areas - it is also widespread in the Etna area. And in Sicily, already in 2021, it had already caused two intoxications.

Every year, there are - in Italy, as in other countries - numerous mushroom poisoning. With consequent sometimes very serious, or lethal, for consumers.

'At the Poison Control Center of Milan (ASST Grande Ospedale Metropolitano Niguarda), from 1998 to 2019, 17.190 requests for advice were received for mushroom poisoning. The real number of cases is certainly higher, both because more diners are often involved, and because not all of them turn to the CAV in Milan'explains Francesca Assisi, doctor of the Milanese poison control center, author of the guide published by the Ministry of Health. (2)

Symptoms related to poisonous mushroom poisoning are varied and of varying severity, as the following slides show.

In 20 cases, in the period indicated, the liver of the intoxicated person suffered irreparable damage with the need for organ transplantation. In 44 other cases, the outcome of the poisoning was death.

The guarantee of edibility of the mushrooms collected independently are offered free of charge. It is sufficient to submit the crop for examination by a local health mycologist (ASL).

Only an experienced mycologist it is in fact able to distinguish between mushrooms that are often very similar in appearance, but at the antipodes in terms of toxicity. As the example below shows.

It is useful to remember that mushroom picking is subject to rules and penalties. Law 352/1993 provides

In addition to being a delight for the palate - to be consumed in moderation and not given to children and pregnant women - mushrooms are essential for safeguarding the ecosystem.

The inexperienced mushroom pickers who believe they can rely on mushroom recognition apps need to be very cautious. Without ever giving up the examination of a mycologist.

According to ANSES, the French Food Safety Agency, identify a mushroom using an app presents'a high risk of error'. As the French consumer magazine 60 Millions de Consommateurs recalls, in its guide to conscientious mushroom picking. (4)

In fact, the Champignouf app warns: 'Attention, the application is still under development and the results are not perfect, they will improve over time'. Nothing, however, warns the Picture Mushroom app. But the reliability doesn't change.

(2) Francesca Assisi. Mushrooms: guide to the prevention of poisoning. https://www.salute.gov.it/imgs/C_17_opuscoliPoster_149_alnex.pdf