Microplastics in our lungs too. The British study 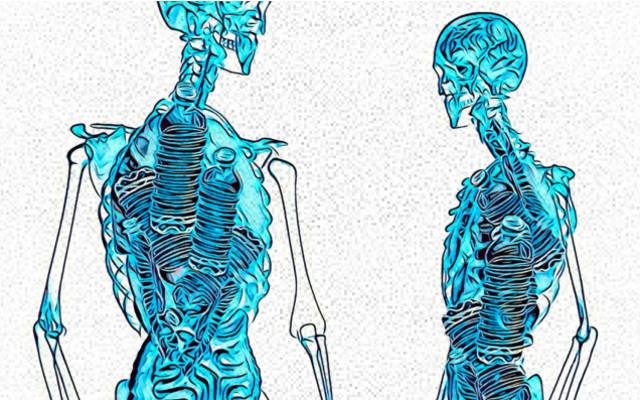 Microplastics also accumulate in the lungs, where they arrive by inhalation. The discovery is described in the study just published in the scientific journal Science of the Total Environment. (1)

The work opens up a new field of research, but rekindles concern over the excessive use of plastic, which is still growing despite warnings of environmental damage and fears for human health.

Microplastics in the lungs, the study

In 11 cases microplastics were found, trapped in the deepest part of the lungs. A result that demonstrates the organ's inability to filter this type of particles, which are permeable to the thinnest network of the respiratory system.

Microplastics found have dimensions up to 0,003 mm and are almost always made of two ubiquitous materials in daily consumption:

- the PP (polypropylene), a thermoplastic polymer widely used in the production of food containers and pipes,

- the PET (polyethylene terephthalate), notoriously used in the production of bottles for water and other beverages. It is also present in many everyday products, such as fabrics, cosmetics, drugs ..

The presence of microplastics in the lungs had already been ascertained in 2021 on autopsy samples. A Brazilian study found them in 13 of 20 elderly individuals who died. In that case, the most frequent particle was polyethylene (PE), a polymer used for food bags and containers. (2)

Already 24 years agoAdditionally, a US study of lung cancer patients found plastic and plant fibers (such as cotton) in more than 100 samples. In the cancerous tissue, 97% of the samples contained the fibers and in the non-cancerous samples 83% were contaminated. (3)

Build up in the body, from the blood to the lungs

Microplastics, of polypropylene and PET (yes, you can learn it), have already been found inside the human body. Just a month ago, a search found them in the blood and had previously been found in the placenta.

Animal studies (pregnant rats) instead showed that these particles quickly pass through the lungs to reach the heart, brain and other organs of the fetus. (4)

The accumulation of microplastics in the human body is now widely demonstrated. There is still no evidence of a certain correlation between this phenomenon and the onset of diseases.

The conclusions achieved so far are worrying. Laboratory experiments show that microplastics damage human cells. (5) And similar air pollution particles already cause millions of deaths every year. A harmful contribution is attributed to microplastics linked to atmospheric particulate matter, as indicated by a study conducted in the metropolitan area of ​​Paris. (6)