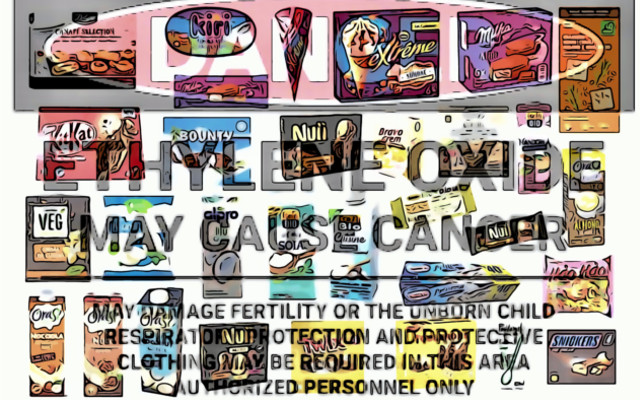 Following protests by the partner traders and operators in the food chain in the EU, the European Commission has introduced a tolerance threshold on ethylene oxide in food additives.

The new implementing regulation - reg. EU 2022/1386, in force since 1.9.22 - however, in turn presents some not negligible margins of uncertainty which in turn are worthy of further study.

Ethylene oxide (ETO) is a colorless, highly explosive and reactive gas. It is used in the production of chemical derivatives which are the basis of the main consumer goods. As well as in the oil industry - thanks to the ability of ethylene oxide to emulsify fluids and thus drag drilling residues to the surface - and in antifreeze liquids. The ability of ethylene oxide to damage DNA makes it an effective one
sterilizing agent. It is therefore used in the agrochemical industry as a pesticide, (1) in the chemical-pharmaceutical industry, in medical devices and hospitals.

Mutagenic action it is at the same time the cause of serious health risks, also ascertained by IARC (WHO) which has inserted it ethylene oxide in Group I substances (carcinogenic to humans). (2)

The main routes of exposure Human Ethylene Oxide are inhalation and ingestion, which can occur through occupational, consumer or environmental exposure. The general population can be exposed through tobacco smoke and the use of ethylene oxide sterilized products, such as medical devices, cosmetics and beekeeping equipment. (3)

2) Ethylene Oxide, the most disruptive alert in the history of RASFF

the 9.9.20 the largest food recall operation in EU history has started. With an uninterrupted series of alert notifications in the RASFF system (Rapid Alert System on Food and Feed), due to the ethylene oxide contamination of a myriad of foods. (4) In just under two years 863 cases were notified in the European Rapid Alert System, on:

Raw materials of India origin, in the vast majority of notifications. With the exception of some cases from South Korea, China and very rare others (eg Uganda).

Risk analysis conducted by the various Member States was often inconsistent both with respect to the levels of contamination detected from time to time in food additives, ingredients and finished products, and with respect to previous decisions of the same and other countries. Uncertain assessment (undecided), in many cases.

The European Commission, DG Sante, has called at least six meetings online and of the Food Safety and Feed Crisis Coordination Committee. The 'zero tolerance' imposed by Brussels has also been criticized, by Belgium and Denmark among others, as it could lead to unsustainable food waste, perhaps not justified (6,7).

the 15.12.21, the Commission has adopted reg. EU 2021/2246 to extend to some products - a small part of agricultural and food raw materials subject to hundreds of alerts - the strengthened border controls on imports of food of plant origin at risk of food safety. (8)

Revision was justified by the difficulty of applying the previous rules, due to the uncertainty about the source of ethylene oxide whose use to disinfect food is prohibited in the EU. The Commission, in reiterating this ban, has introduced an ETO tolerance threshold of 0,1 mg in additives.

This threshold however, it coexists with the prohibition of 'use of ethylene oxide in food additives for sterilization purposes'(EU Reg. 2022/1396, Annex, point 1). A sword of Damocles thus swings on every operator who importer and / or uses, in the food industry, additives with ETO within the tolerance threshold. (12)

9) Food security and excess of power

DG Sante, European Commission, has performed for the second time in a few months in an excess of power:

The uncertainty reigns supreme, as has unfortunately already been noted. (14)

(1) The use of ethylene oxide as a pesticide also took place in the Old Continent, until its authorization was not renewed in reg. CE 1107/09

(2) International Agency for Research on Cancer (IARC) Monographs on the Evaluation of Carcinogenic Risks for Humans: Ethylene Oxide. https://monographs.iarc.who.int/wp-content/uploads/2018/06/mono100F-28.pdf World Health Organization (WHO)

(6) Summary record of the Food and Feed Crisis Coordinators meetings of 29.6.21, 30.6.21 and 13.7.21 on the presence of ethylene oxide above the limit of quantification in locust bean gum (food additive E410). https://food.ec.europa.eu/system/files/2021-07/rasff_ethylene-oxide-incident_e410_crisis-coord_sum.pdf European Commission, DG Sante

(9) Residues'at least of the pesticides listed in the control program adopted pursuant to article 29.2 of reg. CE 396/05'(maximum residue levels of pesticides in or on food and feed products of plant and animal origin),'which can be analyzed with multiresidue methods based on GC-MS and LC-MS (pesticides to be monitored only in / on products of plant origin)'

(12) Who and how can demonstrate that ethylene oxide residues within the permitted tolerance threshold result from causes other than sterilization? There is a marker, a certified procedure or other documents capable of offering proof and / or counter-proof of the legitimacy of the food additive? No, not on the text of the regulation. Any assessment is thus left to the discretion of the authorities of 27 Member States. And the European Commission, instead of coordinating them, introduces the legal basis for a new chaos