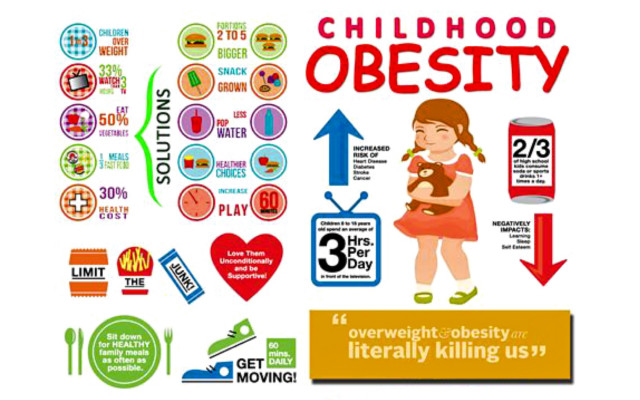 WHO Europe published the 2022 report on obesity, childhood obesity and the marketing predatory (already reported by UNICEF, in 2020) which is the primary cause (1,2). 220 pages full of statistical and epidemiological data, with numerous references to the scientific literature of the last decades, highlight the failure of the policies adopted so far for the protection of public health.

A real epidemic, denounces the World Health Organization, with a disastrous impact on the prevalence of serious and chronic diseases (NCDs, Non-Communicable Diseases) and the consequent risks in terms of disability and premature mortality. Junk food is everywhere, in an 'obesogenic' environment fostered by irresponsible business practices.

1) Obesity and overweight in the European macro-region

No country of the Old Continent has so far managed to reverse the trend with respect to an incidence of obesity and overweight that is still growing:

59% of adults, in the 53 countries of the European macro-region, are plagued by obesity and overweight. There Global Syndemic announced by the experts of the EAT Commission on The Lancet (3) has its epicenter right here, where the prevalence of obesity in adults is higher than in any other WHO region except the Americas.

The phenomenon has 'epidemic proportions', according to WHO Europe, with a peak among adult men (63%) compared to women (54%). Obesity alone, in the Old Continent, affects almost a quarter of adults (23%), especially women (24%). And widespread socio-economic inequalities - income, education, employment status, place of residence - are related to it.

The European epidemic does not spare the younger generations:

- up to 5 years of age, obesity and overweight affect 4,4 million children, equal to 7,9% of the population group considered,

Over 1,2 million deaths each year, more than 13% of all-cause mortality in the Old Continent is caused by obesity, overweight and related diseases (NCDs). Which also represent the first risk factor for disability and are the cause of 7% of the years spent with disabilities.

The risk of at least 13 types of cancers - breast (in postmenopausal women), colorectal, endometrium, kidney, liver, gallbladder, ovary, pancreas, esophagus, thyroid, multiple myeloma and meningioma - has increased significantly since 'obesity. Which in Europe is now estimated to be the direct cause of at least 200 new cases of cancer a year, with forecasts growing.

In the decades to come, obesity will overtake smoking as a major preventable cancer risk factor. The characteristics associated with obesity can worsen the consequences of Covid-19, especially for the respiratory tract and immunological compromise. People with obesity are at increased risk for clinically serious illness and mortality with COVID-19.

WHO he explicitly refers to Europe as an 'obesogenic' environment. That is to say a socio-cultural and economic context that stimulates - rather than hinders - the development of obesity, childhood obesity and overweight. Its factors are known, although completely ignored or almost ignored by political decision-makers, also due to the malevolent influences (4) of lobby di Big Food:

- prevalence of HFSS foods and their lower cost, in the commercial offer, compared to more balanced foods from a nutritional point of view.

'Globally, the food and soft drink industries spent over $ 33 billion on advertising for their products in 2020.

Children are under the siege of marketing obesogenic of Big Food in any context of daily life. First of all in the digital environment, as well as on TV, in supermarkets, schools and even sports facilities.

Nonetheless, ‘the increase in unhealthy food consumption in children can be seen immediately after being exposed to unhealthy food advertisements. This effect is even stronger for children who are already living with overweight or obesity'.

THEadvergame is one of the techniques of marketing online and more pervasive. It's all about games online and developed for children to advertise certain brands of products in a positive entertainment environment. 'Evidence shows that these games have a significant effect on the consumption of unhealthy foods'.

'The use of complex algorithms and new strategies such as social media influencer marketing'then allows a Big Food to refine the advertising bombardment, to influence the consumption choices of the little ones as effectively as possible. And the neuromarketing to have madevery powerful and influential online marketing, especially for children and young people'.

Social media e an influencer - on Facebook, Instagram, Snapchat, YouTube, TikTok - stimulate children and young people to interact with content shared by celebrities online and. With the illusion that they share their life as true friends would, except instead promoting junk food, often in a hidden way as we have in vain reported in Italy to the Competition and Market Authority (so-called Antitrust). (5)

Scientific studies recalled by WHO Europe have shown how the marketing feeding junk food through the an influencer on SOCIAL MEDIA have an immediate effect on children's eating behavior. And by the way, even when children see and understand that the content includes advertisements, they still tend to trust theirs. an influencer favorites in a relationship of psychological dependence designed at the table.

5.4) Food delivery, the apps to investigate

- foods prepared outside the home are generally higher in fat, sugar, salt,

- portions are often larger. This encourages the consumption of excess food, especially when there is little difference in price between the maxi-portions and the smaller ones, as is customary in fast food,

- the dinner away from home and the takeaway meal thus add 200 kcal, on average, to the daily diet.

Il food delivery it can also encourage sedentary attitudes, especially when accompanied by behaviors such as binge-watching on Netflix or other services of streaming.

'Digital technologies they are not necessarily a threat to public health; rather, the problem is how technology is used - what is advertised and how ad content is understood, and what is available on digital platforms that may contribute to the obesogenicity of digital food environments'.

6) Solutions to be adopted

Member States of WHO in the European macro-region must combat the ongoing epidemic and remove the causes of this obesogenic environment, with a series of interventions that include:

- drastic restrictions on the marketing obesogenic, in the wake of what has been achieved in the UK thanks to the Health and Care Bill(6)

- introduction of the obligation of synthetic nutritional labeling (FOPNL, eg. NutriScore) on the packaging front (7,8),

- tax breaks and subsidies for the purchase of healthy, natural and balanced food by low-income families,

- promotion of healthy and balanced meals already starting from schools and public institutions, (10)

- concrete interventions aimed at promoting accessibility to sports facilities in low-income groups of the population.

(4) Marta Strinati. Nutrition and health, here's how Big Food stands in the way of the WHO. GIFT (Great Italian Food Trade). 3.9.20,

(10) Dario Dongo. Health at school, fine words in agreement between the State and the Regions. GIFT (Great Italian Food Trade). 10.3.19. 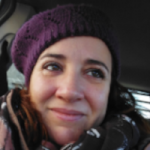