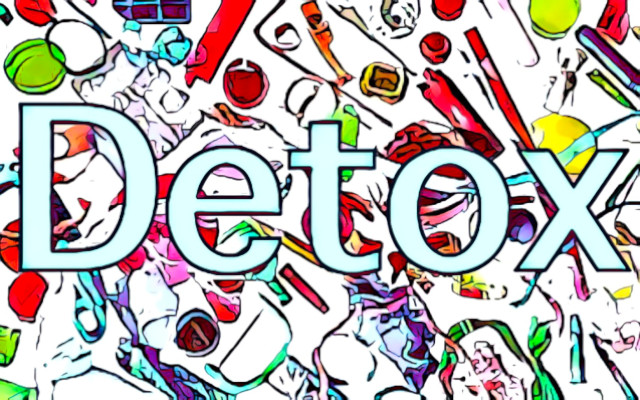 The European Commission presented on 25.4.22 a Restrictions Roadmap for the elimination of thousands of dangerous chemicals, present in many products of daily use. (1) The initiative wins the acclaim of the EEB NGO network (European Environmental Bureau), which defines it 'the biggest move to detoxify the European economy the EU has ever undertaken'. (2)

The roadmap (Restrictions Roadmap) presented by the European Commission is essentially a political commitment to accelerate the implementation of the strategy defined in October 2020, in the wake of the Green Deal European Union and the 'zero pollution' ambition.

The news it's in the method. In fact, the elimination of entire groups of chemical substances is envisaged, if a substance recognized as harmful to health is part of it. In this way, the ruse of the chemical industry is prevented, which remedies the ban on the use of one substance by creating another by means of a small modification of the formula. A winning tactic, given that institutions take decades to define the safety of use of a new substance, based on the few data provided by the industry itself.

A race against time

To understand the imbalance of the system, consider that (in addition to the molecules banned in cosmetics and toys) 'the EU has limited only 15 chemicals in the past 14 years under the REACH regulation, little more than one substance per year (...) while globally, the industry creates, on average, a new chemical every 1,4 seconds'recalls EEB.

Currently, in 2022, there are more than 190 million synthetic chemicals registered globally. Sales more than doubled between 2000 and 2017 and are projected to double again by 2030 and quadruple by 2060.

Three-quarters (by volume) of chemicals produced in Europe are dangerous.

In the list of the European roadmap, chemicals appear several times, also on this site, for their toxicity:

- 'flame retardants', often linked to the onset of cancer,

- all bisphenols, widely used in plastics and known as endocrine (human hormone) disruptors,

- another 2.000 harmful chemicals found in diapers, pacifiers and baby products.

1) Polyvinyl chloride (PVC) and its additives

PVC it is the fourth most common type of plastic in Europe, it is used in about 6,5 million tons of products every year. It is one of the most problematic forms of plastic for human health and the environment and the least recyclable of all plastics. When delivered to landfills or incinerators, it releases highly persistent carcinogenic dioxins into the environment.

It is used in many commonly used products, such as toys and inflatables (swimming pools, water sports accessories, trampolines), packaging and materials in contact with food, leatherette clothing and upholstery, shoes, building materials, .).

The additives chemicals, used in significant quantities to transform the properties of PVC (durability, color, ..), are included in the scope of the proposed restriction. Additives are used in rather high proportions (10-60%). For example, PVC toys can contain up to 40% phthalates.

Safer alternatives are already available for almost all uses of PVC.

To the group PFAS belong about 4.700 perfluoroalkyl and polyfluoroalkyl substances so persistent in the environment that they are known as'forever chemicals', pollutants that cannot be eliminated.

They will be banned for 'non-essential uses', an area on which each individual State will decide. PFAS are used in a wide variety of consumer items, in materials in contact with food such as take-out food and other packaging to non-stick coatings, from stain and waterproof clothing to sunscreen and cosmetics, even in dental floss.

Bisphenols there are over 200 substances, 37 of which may have endocrine disrupting properties. They are used in high quantities in plastics such as PVC, polycarbonate and epoxy resins.

The BPA harms fertility and fetuses. Scientific studies suggest it could be linked to obesity, diabetes, and could damage our immune system. It is found in a wide range of consumer goods, such as sports equipment, CDs, DVDs, automobile parts and food containers, such as reusable beverage bottles and reusable plastic tableware.

New studies indicate that BPA replacement chemicals, such as BPF, BPS, BPAF, along with bisphenol Z (BPZ), bisphenol E (BPE) and bisphenol B (BPB) are suspected of disrupting hormones and have been linked to health effects, such as precocious puberty, adverse effects on metabolism, thyroid function e neurobehavioral development.

Flame retardants must be added by law in a wide range of household items, including baby products (such as mattresses for cribs), furniture (such as baby high chairs) and fabrics (including car seats) , building materials and electronics to slow fires.

Many flame retardants they are persistent, bioaccumulative and toxic, often linked to cancer, reproductive toxicity, neurodevelopmental problems. Firefighters say smoke from fires has become more toxic due to flame retardants, reports EEB, which denounces one 'ten-year scheme of deplorable replacement to avoid regulation'. According to the stratagem described above, the tobacco industry has gradually modified flame retardants, first based on chlorinated compounds, then fluorinated and today based on brominated and phosphates to avoid their regulation.

About 1.775 substances chemicals are known or suspected to cause cancer, genetic mutations, or damage the reproductive system and neurodevelopment, but are nevertheless used in childcare articles.

The diapers disposable for children, those for menstruation and incontinence contain dozens of dangerous chemicals, including formaldehyde, PAHs (polycyclic aromatic hydocarbons) and dioxins (PCCD / F, DL-PCB and PCB).

The risk for health it is associated with the presence of formaldehyde, carcinogen, mutagen and skin sensitizer. Other alarming substances include

The times of Restrictions Roadmap

Political will of the EU and the Member States will dictate the timing of implementation of the Restrictions Roadmap.

'Some chemicals listed in the roadmap were already subject to EU restrictions, but for the most part they are new. The banning process for all chemicals on the list will begin within two years. All substances will disappear by 2030', EEB estimate.

(2) EEB, European Environmental Bureau, is the largest European network of environmental NGOs. It brings together over 170 civil society organizations from more than 35 European countries (all EU Member States plus some acceding and neighboring countries), including a growing number of European networks. The Italian Legambiente, CieloBuio, Città per aria, Eliante, the National Federation of Pro Natura, Free Rivers Italia, Parents Antismog, the Italian Speleological Society are members. On the Restrictions Roadmap, you see https://eeb.org/the-great-detox-largest-ever-ban-of-toxic-chemicals-announced-by-eu/

Mussels and other mussels, aquaculture that sequester carbon

Nutrition of soils and crops, the integrated action plan in the EU

The plastic footprint of European supermarkets

Stop the culling of male chicks by 2026

Due diligence and ESG, social and environmental sustainability of companies, the proposed EU directive

How to use materials in contact with food. The SAFE guide