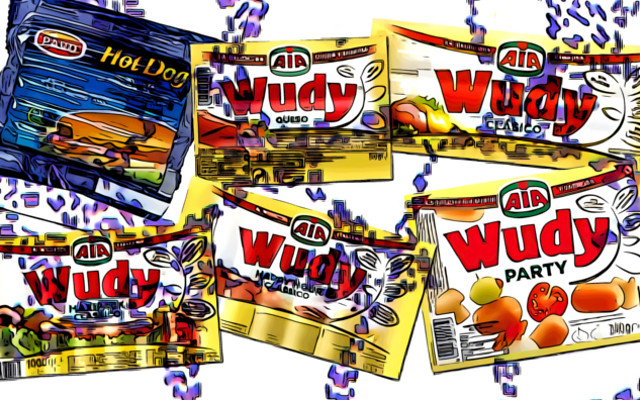 A series of acute toxic infections caused by Listeria contamination of sausage based on chicken led to mild measures against the Veronesi group - AIA, after false accusations against some Asiago cheese producers (instead compliant with food safety requirements). A deepening.

La Listeria monocytogenes, as we have seen, it is a pathogenic bacterium with exclusive food transmission. (1) Rather rare, compared to others, like Campylobacter e Salmonella, yet dangerous for vulnerable sections of the population (YOPI. Young, Old, Pregnant, Immunosuppressed). (2) 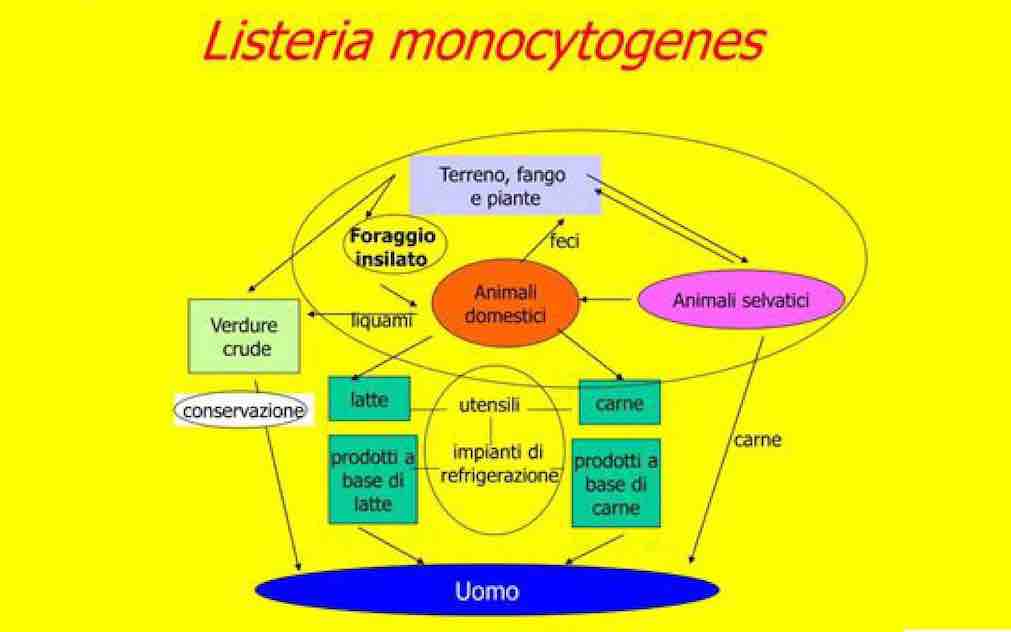 The pathogen it can develop in products with high water activity and / or pH close to neutral (eg soft cheeses, blue cheeses, smoked fish products). It is able to multiply even at low temperatures and is inactive with appropriate cooking (> 70 ° C). (3)

2) Listeriosis in Italy, the first news

The first news of listeriosis, notified by Italy in the RASFF system on 2.8.22, reported the identification of '12 cases, 8 in Lombardy and 4 in Emilia-Romagna, through ordinary surveillance (...)

all confirmed by genomics. Another 17 genomes belonging to the cluster have been identified in the ISS IRIDA database, which contains Listeria genomes from all over the country. The cluster includes 29 cases overall, from 9 regions.

For the 12 cases of Lombardy and Emilia-Romagna,
have been ascertained two deaths. A considerable part of the cases has been concentrated in recent months and, to date, no food associated with the cluster has been identified. (...) we believe that its health relevance is significant as it is very likely that a source of high contamination of the food chain is active'.

Italian cheese he is thus exposed, worldwide, as the cause of 3 deaths and 66 toxic infections.

4) RASFF, the call of Asiago cheese

The RASFF register - in the area reserved for the health authorities of EU and non-EU countries - he reports (yes, you can learn it) to the analyzes carried out by the IZSLER of Lombardy and Emilia Romagna (Cremona) on cheese samples taken on 6.7.22 (one month before the notification to the RASFF).

The health authorities - on the basis of the above, without carrying out an appropriate risk analysis - they ordered the public recall in Italy of the products of two dairies at 54 distribution outlets (wholesale and retail), a maturing warehouse and a packaging plant.

5) Wurstel, the real cause of listeriosis

Among the follow-up undated - since the RASFF portal does not provide for their insertion, not even in the area reserved for the authorities - the turning point in the investigations is then noted. Inspecting the refrigerator of a victim of listeriosis identified the real cause of the food safety crisis. Not the cheese but i sausage produced by the Tre Valli Scrl Agricultural Cooperative, therefore recorded in the RASFF on 12.9.22.

Subsequent analyzes at the dairies they then confirmed the groundlessness of the accusations against them. Asiago cheese was and is safe, while the strain of Listeria which caused the sequelae of toxins is the same as identified in the sausage to brands Tobias, Wudy - AIA, Wurs Pavo, Salchicha - with the plant identification mark IT 04M CE and the expiry dates between 20.9.22 and 5.12.22.

The Ministry of Health (DGISAN, Office 8) - given that i sausage above are likely to cause a food crisis with some deaths and dozens of toxins - welcomed the 'voluntary precautionary withdrawal' of sausage based on mechanically separated poultry meat, produced by Agricola Tre Valli Scrl, at 50 distribution outlets and 2 storage centers.

Notice to the consumer however, it does not identify the products, as it should be, with their commercial brands:

7) Further investigations, silence of the Ministry of Health

The Ministry of Health itself - so zealous in publishing the recall of a series of safe food products, in July 2022, on the basis of a false alert on allergens not even analyzed (7) - he limits himself to referring to some 'clinical cases' of listeriosis (not even to deaths ) associated with the consumption of sausage of the Tre Valli Farm. (5) Without mentioning any of the brands under which these products have been marketed (see supra, by. 5).

The Croatian agency for food safety - in arranging instead the mandatory public recall of 32 kinds of sausage to brands 'Wudy' and 'Tobias' - introduced on their site website (not also in the RASFF) the name of the AIA group, Agricola Italiana Alimentare Spa, S. Martino Buon Albergo (VR), Italy. Other Member States also exhibited product photos, of course.

Office 8 of DGISAN However, at the Ministry of Health, the point of contact with the European Commission and the Member States in the rapid alert system on food and feed, he did not take care to cancel the false and defamatory news regarding the famous Asiago PDO cheese.

The European Commission (DG Sante), in turn, continues to manage the RASFF system (Rapid Alert System on Food and Feed) as a simple paper pass. Failing to filter and / or remove manifestly unfounded news, such as in this case the false identification of Asiago as the cause of the toxins.

The reckless management of the rapid alert system on food and feed does not appear to be suitable for guaranteeing consumer safety or the protection of food business operators. As already noted, among other things, in a previous case of diffuse listeriosis which occurred in Spain in 2019. (8,9)

- to consumers and to the stakeholders accurate and updated information on the products subject to the alert. Which, following an effective risk analysis, must be precisely identified on the public portals of the RASFF and of the national health authorities,

- to food sector operators and distributors, the immediate removal of their names and products from the aforementioned portals. And compensation for direct and indirect damage caused by the mismanagement of alerts by national authorities and the European Commission.

'The law is the same for everyone but not everyone is the same '. The various episodes of misadministration reported in this article and in the various others - on risk analysis, food fraud and management of food security crises, in Italy and in the EU - show another aspect worthy of attention.

When the crises involve large industries - as recently seen also in the case of the contamination of wheat, pasta and baked goods with the mustard allergen (10) - national authorities tend to adopt late and mild measures, while the European Commission continues to sleep on them over.

The inspections conducted in the last month at dozens of wholesalers and retailers in every region of Italy have revealed that some of them have not received news of the withdrawal by AIA SpA. The conditions existed and remain to order a public recall of the products, (11 ) but the Ministry of Health has not done so. And what does DG Sante do?

(6) Tre Valli Farm. Press note. Voluntary and precautionary withdrawal of some batches of sausage produced in the summer season. https://www.agricolatrevalli.it/pdf/Nota_Stampa_Ritiro_volontario_e_precauzionale.pdf 23.9.22

(10) Dario Dongo. Mondeleaks, this is how industry and institutions have handled the mustard allergen in wheat. GIFT (Great Italian Food Trade). 29.9.22

(11) He General Food Law in fact, it requires the recall, when any other measure is unsuitable to guarantee a high level of public health (EC regulation 178/02, article 19)

Official controls on veterinary drugs and their residues, reg. EU 2022/1644