Gorillas closes in Italy. Off to layoffs 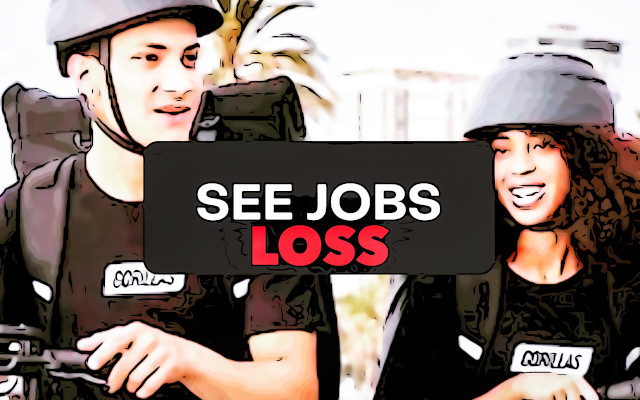 The app of quick ecommerce Gorillas closes in Italy. After just one year of activity, the company leaves the square and fires all its staff, 540 people. The decision was leaked a few weeks ago, on the occasion of the news of the launch of his own private-label on some foreign markets.

Gorillas invests in 5 countries and closes in Italy

gorillas she decided to focus on Germany (where she was born in Berlin), France, the United Kingdom, the Netherlands and the United States (New York City). That is to say the key markets from which most of the revenues (90%) derive. In Italy, however, in the 5 cities of Milan, Rome, Turin, Bergamo and Florence, after the success achieved during the most serious phases of the pandemic, he takes note of the flop and packs his bags.

'Regarding our presence in Italy, we have evaluated and we are still carefully evaluating various strategic and financial alternatives, such as the sale of a company or the entry of new investors'explains the company.

'However to date no negotiations ended positively and there are currently no negotiations at a level of concreteness that would suggest a good outcome. We have therefore decided to start a gradual process of closing the business in Italy.

We have already closed 3 of our warehouses in the cities of Milan, Rome and Bergamo, while the other warehouses in the country will be closed in the coming weeks. Until then, and while stocks last, we will continue to guarantee the home shopping service to our customers', Gorillas specifies in a press release dated 4.7.22.

A dream that ended badly

All the bellboys (o RIDERS) Of gorillas they travel on electric bicycles (zero emissions) and are hired with a regular employment contract. In Italy they cycled for a year, delivering food shopping in a matter of minutes. A perfect service for workers and customers. But economically unsustainable.

For the workers thus opens the way to dismissal.

'This decision has important implications for our Italian team, which has already been informed of our plans for the market, and with respect to which we have initiated the procedures required by law and collective union consultation agreements, preparatory to the dismissal of the entire workforce'.