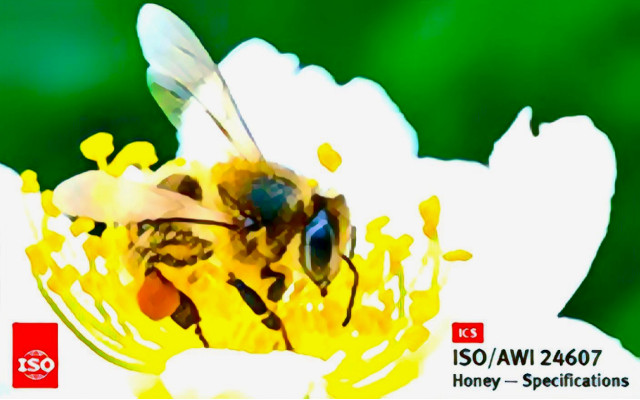 II Sub-Committee SC 19 (bee products) of the Technical Working Committee TC 34 (food products) of ISO (International Organization for Standardization) has started work on the development of an international standard on honey.

The start-up project has met the concerns of a Bavarian MEP from the EPP political group (European People's Party Group), Marlene Mortler. Which raised the bugbear of China and Chinese honey.

The European Commissioner for Agriculture and Rural Development Janusz Wojciechowski therefore reassured the Strasbourg Parliament about the transparency of ISO's work, in which experts from national regulatory bodies participate.

the 20.4.22 MEP Marlene Mortler, a member of the European Parliament's AGRI Commission, presented a question on honey to the Brussels executive. Noting that 'for several consecutive years, the honey harvest in many EU Member States has been medium to low ', the MEP notes that the European market is'vulnerable to competition from importing countries. Importing countries often have different standards or have no national standard for declaring and designating what constitutes bee honey. '

According to the Hon. Marlene Mortler, the ongoing 'negotiations' aimed at establishing an ISO standard for honey would be 'chaired' by the People's Republic of China. The MEP then expressed concern to the European Commission 'that an ISO standard for honey could give rise to two different standards for honey which would apply to imports into the EU. ' Theorizing a possible 'conflict with the definitions of bee honey within the EU and with national rules on honey', the MEP asked 'what position will the Commission take'. (1)

the 25.5.22 Commissioner Janusz Wojciechowski replied to the question on the subject, in order to clarify to the European Parliament the various areas of law and international policies, on the one hand, and the systems of technical standardization. (2)

the 17.8.21 the ISO Sub-Committee dedicated to apiculture products approved the proposal to start the procedure aimed at developing an international standard on honey. The works are still at an early stage, hence the acronym AWI (approved work item) that accompanies the ISO / AWI 24607 coding. The scope has been agreed in the following terms.

'This standard applies to all honeys produced by honey bees (Apis ssp.) And covers all types of honey presentation that are processed and ultimately destined for direct consumption. This includes honey packaged for sale in bulk containers, which can be repackaged in retail packaging. The standard covers honey for industrial uses'. (3)

ISO - as Commissioner Janusz Wojciechowski himself reiterates - 'it is an independent non-governmental organization and has no regulatory authority. ISO standards are developed internationally. Creating an ISO standard is a transparent process in which national standardization organizations have a say. ISO standards are adopted by consensus. They are not binding. ' (2) The application of these standards is in fact voluntary and their third party certification represents a plus with respect to compliance with mandatory regulations.

'Imported honey and marketed in the EU, it must meet the requirements of the Council Directive 2001/110 relating to honey [implemented in Italy with Legislative Decree 179/04. See notes 4,5]. The directive takes into account the existing Codex Alimentarius standard for honey. [6] Adapted, where appropriate, to specific EU requirements.
A potential conflict between the definition of bee honey contained in a newly established ISO standard, the Codex Alimentarius and Council Directive 2001/110 would become relevant only after the finalization of that ISO standard. ' (2)

Member States EU produce a total of 275 thousand tons of honey (European Commission, data 2018-2021). Production in the EU appears to have increased by 15% in the last 5 years but is still far from covering its consumption, which depends for 40% on imports. (8)

3.1) Honey in the EU and in Italy, pesticide risk

The risks drop in production in the EU and in Italy are closely linked to the contamination of ecosystems by pesticides, especially neonicotinoids. Which, as we have seen, are mainly responsible for Colony Collapse Disorder on which the disappearance of pollinating insects depends (9,10).

'Let's save bees and beekeepers', the European citizens' initiative, collected 1,2 million signatures. (11). But the European Commission has not yet fulfilled its duties in this regard, nor has it followed up on the reminders of the European Parliament to implement the target reduction of pesticides and other agrochemicals announced in the EU Farm to Fork strategy. (12)

The current tightening diplomatic relations between the US, UK, EU and the rest of the world could also lead, in the medium term, to supply risks from the large industrial honey producing countries.

Duties and / or prohibitions exports are the logical consequence of economic sanctions against various countries. Which can thus protect their markets from the volatility of prices that instead flares up on global lists.

The authenticity of honey has remained committed to compliance with mandatory rules - in the EU as in any other country - inspired by the criteria defined by the Codex Alimentarius (FAO, WHO) for over 40 years. (6)

The application of these rules is instead entrusted to the responsibility of the operators and to the effectiveness of official controls which, unfortunately, also in the EU, as we have seen, tend to be lacking. (14)