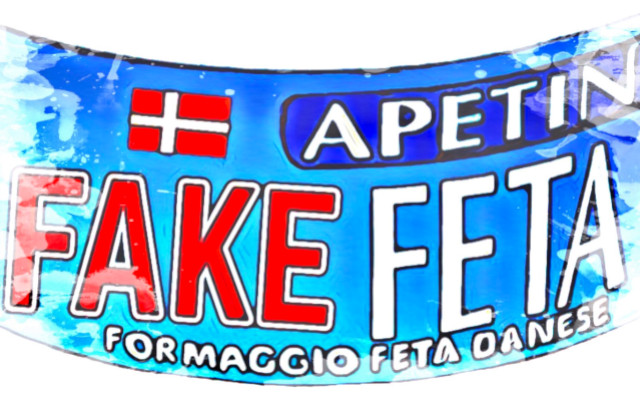 The European Court of Justice has condemned Denmark for tolerating the production of counterfeit PDO feta cheese. (1)

Counterfeit feta Made in Denmark

The feta is a traditional Greek cheese, made with sheep's and goat's milk raised in the same production area. It was registered as a protected designation of origin (PDO) in 2002, following a long dispute with Denmark, Germany and France who objected to the generalization of its name and claimed to use it on their imitation products. (2)

Denmarkdespite this, he continues to tolerate the production of a counterfeit feta. An imitation cheese, made from cow's milk, Made in Denmark, which since 1963 has been sold around the world as (fake) feta. A fraud in commerce on a global scale, in violation of the European regime for the protection of Geographical Indications (GIs).

The European Commission - supported by Greece and Cyprus - accused Denmark of the abuse of the PDO in 2019. Copenhagen resisted, arguing that the production of Danish feta for extra-EU markets would be lawful and its ban would constitute an obstacle to free trade.

A singular position, considering that PDO feta represents 10% of Greek exports and the offer on international markets of an imitation Danish cheese of the same name, a real counterfeit feta, causes serious damage both to trade and to the distinctive image and the reputation of the traditional Greek PDO product.

The European Court of Justice (ECJ), on 14.7.22, has finally ruled that 'Denmark has breached its obligations under Regulation (EU) No. 1151/2012, having not prevented or discontinued the use of the name 'Feta' on cheese produced in Denmark and intended for export to third countries'. (3)

The decision of the Court is divided into three interpretative passages:

1 - the reg. EU 1151/2012 does not expressly prohibit the production in view ofexport non-EU of imitations of products protected as PDO in Europe, without however excluding this hypothesis from the prohibitions of counterfeiting and evocation,

3 - the improper use of the PDO is contrary to the objective of the European legislator to guarantee the producers of a specific geographical area recognition, also in terms of economic value, of the traditional quality of their products.