Answers to doubts about the NutriScore 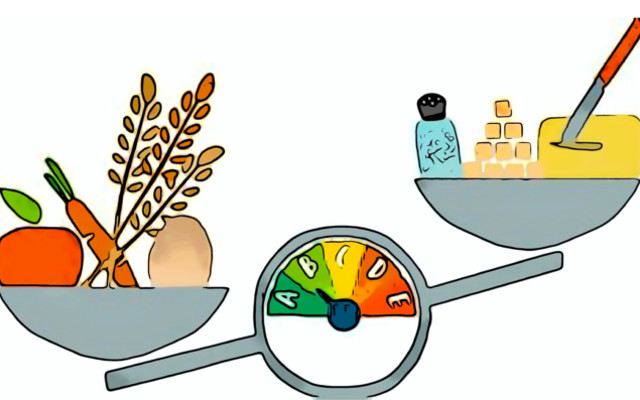 Il NutriScore it is a symbol, now quite well known, which can be applied on food labels to promote a balanced diet. He is among the main candidates for the system that will be adopted throughout the EU, despite the opposition of the Italian government. To dispel doubts and misunderstandings, Santé publique France, an agency of the Ministry of Health, has published a brochure. (1)

From NutriScore we have reported extensively on this site. (2) In summary, the logo created by the French researchers attributes an easily and immediately understandable score on the nutritional profile of the food, thanks to the synthesis expressed with a color and a letter articulated on 5 levels.

Il range it goes from the letter A accompanied by the dark green color, attributed to the foods to be consumed more frequently, to the letter E (red color) for those to be reduced to a minimum.

The doubts on the NutriScore

The contrary opinions in Italy to this nutritional labeling system are based on the doubts that the NutriScore can penalize typical foods Made in Italy, such as extra virgin olive oil or Parmigiano Reggiano.

About this, Santé publique France publishes some clarifications

- in everyday life it is good to aim at only consume foods classified as A and B. Those results in class D and E they can be consumed but in small quantities and not too thick,

- the C score is not necessarily good or bad, it depends on the type of food. If it is a yogurt, it is good to look better, because there are many in the best class. If it is olive or rapeseed oil, we are facing the best possible score for a very caloric food but also rich in beneficial properties,

- the score NutriScore referred to on the label concerns the food as it is sold. For this reason, it is not surprising that the frozen fried potatoes are classified with A. These are potatoes cut into sticks. The evolution of the nutritional profile depends on the preparation: cooked in the oven they remain in A, fried in oil and seasoned with mayonnaise and other sauces take on a completely different content.

The evolution of the food pyramid

The intent system background NutriScore it is similar to that of the more familiar food pyramid devised in 1922 by the US Department of Agriculture.

Already a century ago, public health sought to improve the diet of the population by inserting groups of foods to be consumed more frequently at the base of the pyramid and those to be minimized at the apex.

Unlike of the food pyramid, which has remained an abstract concept, after 100 years of evolution in food labeling, the NutriScore allows you to

- locate at a glance the nutritional profile of the individual packaged food,

- compare instantly - before purchasing - two products of the same category, identifying the one with the most balanced nutritional profile.

A test in Italy with Yuka

This advantage it is still denied to Italian consumers. In the meantime, an effective alternative is offered - to those who use it smartphone - from instant food comparison apps, such as Yuka.

The ingenious app, also launched in France, provides a judgment based on the NutriScore (as well as on the presence of unsuitable additives) by reading the barcode. Precisely for this reason, to general amazement, it ended up in the crosshairs of the Antitrust Authority. (3)

Yuka and Made in Italy

About the products symbol of the Made in Italy previously mentioned, we queried the Yuka app. With the following results

- Parmigiano Reggiano it is judged to be mediocre (32/100, plus 10 points if organic), due to the saturated fat content (20%), the caloric intake and the amount of salt (1,6%). A result comparable to that of the French Camembert cheese.

As mentioned, the evaluation must consider the type of food and the daily consumption. In Italy as in France. Without fear of informing the population correctly.

Sugar in soft drinks. Switzerland asks for a 10% cut