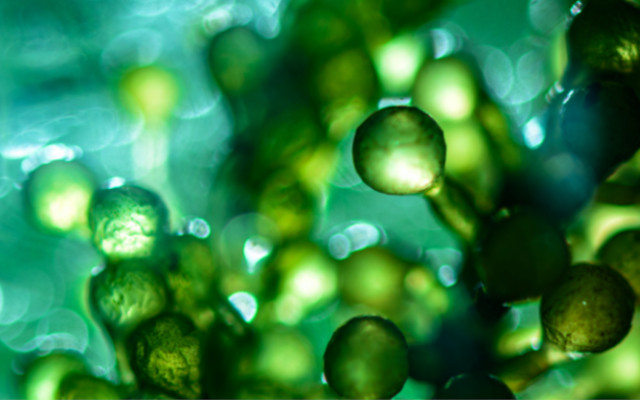 La start-up Israeli Yemoja presents an innovative technology, 4.0, for intensive cultivation indoor of microalgae. A sustainable and high quality production - not subject to environmental contaminants or other interferences - destined for the food and nutraceutical, cosmetic and pharmaceutical sectors. Innovation and progress.

'Microalgae are single cell factories, guided by sunlight, and highly resistant and versatile. They are also a powerful source of natural, vegan and bioactive ingredients. Our innovative approach serves to create pure and sustainable products derived from high quality microalgae that can be adapted to different food matrices (…) At the same time, microalgae grow rapidly and are very nutritious, so they can feed a growing population. They have multiple benefits, making this microorganism a super-grow. ' (Amikam Bar-Gil, Chief Technology Officer and co-founder of Yemoja)

Yemoja is a start-up founded three years ago by a group of experts in marine biology and biotechnology, with the mission to provide the market with a variety of high-value microalgae that can be adapted to a wide range of uses. (1) Microalgae represent perhaps the greatest resource for addressing food security - that is to say, the security of food supplies - which, among other things, is worsening due to the Covid-19 pandemic.

'There is a vast ocean of undiscovered microalgae species, and only about a dozen are commercially available. The market is still in the early stages of exploiting the immense potential of these marine 'supercrop'. (Eyal Shalmon, Yemoja, CEO)

The vision area of start-up Israel is to change the microalgae industry, orienting it towards 360 ° sustainability. The Yemoja plants are in fact designed with the logic of preserving natural resources as much as possible, recovering every drop of water used in the production processes. The extraction process in turn is carried out without gas or smoke emissions.

The environmental impact it is reduced to a minimum thanks to operational efficiency, in particular as regards the consumption of resources. With attention to water and land, as well as to the carbon footprint. In a logic that also aims to contain production costs, which still represent an obstacle to the production of microalgae on a large scale.

Technology patented by Yemoja derives from experimental production of high quality algae, in the laboratory, at the service of biopharmaceuticals and marine sciences. On this basis, a highly scalable modular system was developed.

The photobioreactor closed with high precision at the base of the module allows to keep under control the key parameters (temperature, pH, light and CO2 emissions). In order to guarantee the simultaneous growth of several species, compositional homogeneity and continuity of supplies.

Production it is currently species-based Porphyridium, Phaedactylum, Dunaliela (saline and bardawil), Haematococcus. The research is in turn oriented towards the development of a new species that would have a potential interest in the formulation of food for babies and children.

Microalgae they are extremely rich in proteins - up to 60% of the dry matter - and are distinguished from other vegetable protein sources for the richness of the amino acid profile and constitute a precious source of Omega-3 (DHA, EPA). (2) They are often used for their antibacterial, anti-inflammatory, antihypertensive, immunomodulatory, antitumor, hepato-protective properties, in some cases also anticoagulants. (3) In addition to its ability to reduce symptoms of irritable bowel syndrome (Inflammatory bowel syndrome, IBS). Phaedactlylun it is also being tested to stimulate metabolism and contribute to the treatment of fatty liver syndrome, thanks to fucoxanthin contained therein. Dunaliela it has also been associated with eye health.

The cosmetic sector it also lends itself to the use of natural ingredients based on microalgae. Powders, aqueous extracts, oils and pastes can be used in a wide variety of applications. phorphyridum, for example, it is a polysaccharide of potential utility for UV protection, anti-aging and anti-wrinkle functions.

The opportunity to produce algae and microalgae on a large scale has been shared in various research fora, including at European level. (4) To the nutritional and health benefits is added the high productivity of these veritable 'green bio-factories'. With an unparalleled yield of proteins per unit area compared to conventional terrestrial crops, thanks to the high efficiency in photosynthesis. (5)

Only 15% of the approximately 200.000 species considered it is also described in the literature and a few dozen are currently cultivated in laboratories and external tanks. The European Union has so far authorized very few species - such as Chlorella, Odontella, Spirulina e Tetraselmis - for food use, pursuant to the regulation novel food (EU reg. 2015/2283). Although several others would deserve EFSA's rating (European Food Safety Authority), in view of their entry into the European food market. Among these is the microalgae Nannochloropsis, currently only allowed for use in feed, which boasts a high content of polyunsaturated fatty acids (PUFA), antioxidants and vitamins (6).

Development of sustainable protein sources based on microalgae is at the heart of the research project ProFuture, Protein for the Future, co-funded by the European Commission under Horizon 2020. (7) Ours Wiise Srl benefit company, through its FARE division (Food and Agriculture Requirements), participates in ProFuture to accompany operators in the various European authorization processes. 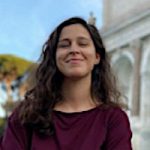 Graduated in law, master in European Food Law, she deals with agro-food, veterinary and agricultural legislation. She is a PhD student at the AGRISYSTEM School for the Agri-food System, Catholic University of the Sacred Heart, with a thesis on novel food.

Algae and microalgae for food use in Europe, the ABC

Ahuahutle, the 'Mexican caviar' from insects of the Aztec tradition