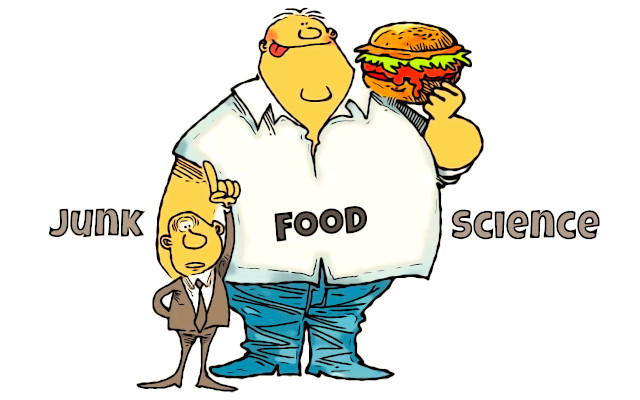 A new scientific study demonstrates how nutritional research is systematically diverted from Big food. (1) The Corporation food manufacturers generously fund researchers in order to counter public health policies and increase profits. (2) Sometimes even with a direct control on scientific journals.

'The efforts of food companies […] go right to the heart of nutrition as a profession. Indeed, the co-option of experts, especially academics, is an explicit business strategy. A guide to such strategies explains that this particular tactic "is most effectively performed by identifying top experts ... and hiring them as consultants or giving them research grants and the like." This activity requires a minimum of finesse; she must not be too brash'. (3)

How Big food pay the search

The maneuvers illegal of Big food e Big alcohol in the deviation of scientific research have already been amply demonstrated, as we have seen (4,5). The authors of the Australian study add equally noteworthy data on the maneuvers 'in the light of day'. That is to say in cases of declared conflicts of interest. The study material collects all the articles published in 2018 in the top 10 scientific journals of nutrition and dietetics. A mass of 1.461 works.

The analysis of the material shows that 13,4% of scientific articles are subsidized in various ways by the food industry. And in most cases (55,6%) the search yields favorable results a Big food. A striking fact, in comparison with the articles (formally) not financed by industry, which lead to conclusions similar to the interests of the industrialists in the sector in only 9,7% of the studies.

The check on the magazines

The methods adopted by the food industry to influence research are various, in formal compliance with current regulations. Financing of studies and business trips, supply of products to be used in the experimentation. That is - in an even simpler but not as well known way - through the creation and control of scientific journals.

Among the 10 magazines evaluate none is free from contamination. However, the incidence varies significantly in the sample. The largest percentage of industry sponsored articles are posted on The Journal of Nutrition (28,3%), the lowest on Pediatric Obesity (3,8%).

The summary data they become more understandable by looking at declarations of conflict of interest declared by study authors and journal editors.

The most representative case of the phenomenon concerns the magazines Journal of Nutrition e N, who published the highest percentage of articles with industry involvement. Both are related to the food industry. Several members of the board of directors of the Journal of Nutrition have declared conflicts of interest involving food companies.

N it is instead published byInternational Life Science Institute (ILSI), founded and financed exclusively by large companies in the food industry including Mars, Nestlé, Coca-Cola and PepsiCo, very generous in their donations of funds, as shown in the table published here. The producers of processed foods, as is evident, are the protagonists in the majority (39,3%) of the articles subsidized by Big food. 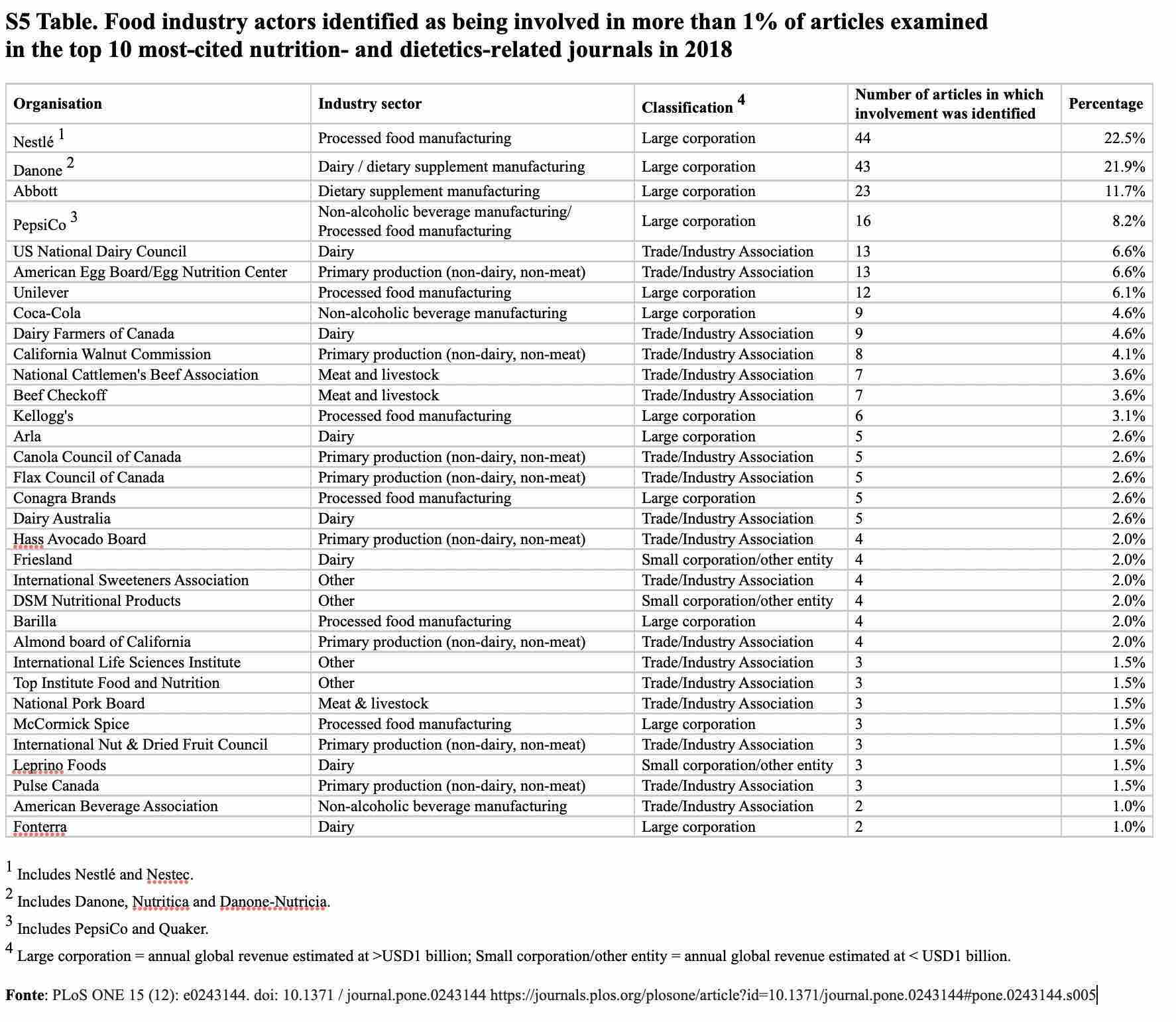 The pride of independent research

Protect integrity of nutritional research and its authority in public health policies requires some interventions, according to the study authors.

Among the solutions it is proposed to identify a limit to industry funding, stemming them in a system subject to government control and destined only to a project developed independently of the industry. Research institutes and universities, on the other hand, should draw up rigorous guidelines on the transparency of funding, also capable of inhibiting any influence of the food industry on research programs. And set a limit on the number of sponsored articles.

'Given the potential competing interests of the food industry on the one hand, and the scientific and health interests of the population on the other, it is important to explore mechanisms that can safeguard the integrity and public relevance of nutritional research and ensure that they are not undermined. from the influence of the food industry'.

(2) Marta Strinati, Dario Dongo. Nutrition and health, here's how Big Food stands in the way of the WHO. GIFTS (Great Italian Food Trade) One https://www.greatitalianfoodtrade.it/idee/nutrizione-e-salute-ecco-come-big-food-ostacola-l-oms

To share
Facebook
Twitter
Pinterest
WhatsApp
Telegram
Previous articlePlastic in packaging and in agriculture, a problem for the environment and health. Report of the EU Court of Auditors
next articleItalian cuniculture in crisis, unknown origin and price speculations. Question to the European Parliament

Food sovereignty in Italy, the ABC. Reflections and proposals to the new minister