GMO, the new empire that is advancing 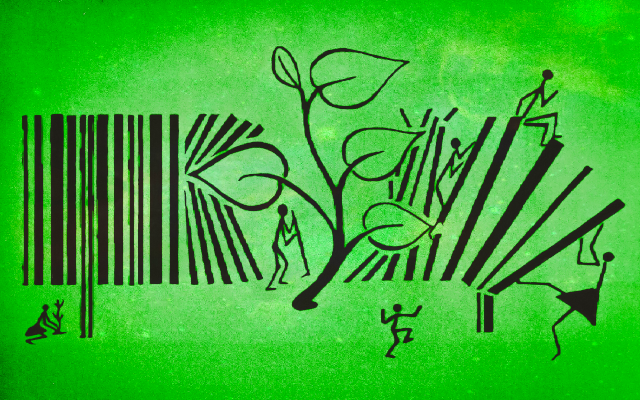 New GMOs represent one of the most current threats to ecosystem, biodiversity and public health. Their deliberate release into the environment - in the absence of a preventive analysis of the actual risks, to be evaluated also in the long term, for human, animal and plant health (1) - is not acceptable. Authoritative scientists admonish politics, which in Europe as in the USA declares itself to be inclined to deregulation.

The EU Court of Justice, on 25.7.18, rejected the Opinion of Advocate General Michal Bobek. Claiming that the new GMOs - surreptitiously referred to as 'new plant selection techniques' (NPBT, New Plant Breeding Techniques, or NBT, New Breeding Techniques), they must abide by the same rules already established in Europe for 'classic' GMOs.

The news, in genetic engineering, actually consists in the adoption of 'mutagenesis' (or 'cisgenesis') instead of 'transgenesis'. That is to say that genetic manipulation is carried out on the genome of a single organism, without inserting genetic traits of other organisms. In both cases, nevertheless, the plant is subjected to a modification of the DNA, functional to the achievement of different purposes. Among which the resistance to broad spectrum herbicides and pesticides (eg. glyphosate, dicamba) instead lethal or seriously harmful for any other living species (plants, humans and animals, api and pollinating insects).

The outgoing Commissioner for agriculture and rural development, the Irishman Phil Hogan had already expressed disappointment with the ruling of the Court of Justice. On 24.1.19, in a meeting with a group of journalists, Hogan stated that '2019 will be an opportunity for a global reflection and to see what are the legal options at the highest level of governments as to whether or not we accept science as a basis for making decisions on these issues'. (2) Announcing that his Lithuanian colleague Vytenis Andriukaitis, outgoing Commissioner with responsibility for health and food safety, 'has already prepared the ground for a new initiative on genetic modification to review current GMO legislation'.

The President pro tempore of the AGRI Commission to the newly elected European Parliament, Hon. Paolo De Castro, he in turn indicated the de-regulation of 'genome editing'as a priority of the new legislature. On 4.6.19, in Bucharest. By resorting to an already known dialectic, already proposed at the end of the 90s by lobby industry Biotech, Monsanto in the lead. Already seen. Behind the false vestiges of competitive industrial agriculture, the monopoly interests of the Big 4 are pursued, whose aggregate concentration on a global scale ritually eludes the authorities responsible for supervising competition (Antitrust).

It awaits a fiery four-year period in the unfair struggle between the giants of agrochemicals - who aim to sell the most lucrative agrotoxicants, to farmers forced to depend on them thanks to new seeds (GMOs or NBTs if you prefer) - and the myriad of citizens who instead expect to Respect loudly. Respect for ecosystems and their inhabitants, workers e some children. No longer willing to believe lies of the 'green revolution', instead 'smoky gray', which continues to poison the planet.

- allow for dispersion in the environment of genetically modified organisms, without a prior assessment by the competent authorities of the risks that may ensue. Direct and indirect risks, also linked to the interaction of plants with the ecosystem and the substances used in agriculture. With completely unpredictable and irreversible effects, in the short as in the long and very long term. Safe as unexplored interaction with the microbiome various levels of toxicity can be added, from allergies to endocrine interference to mutagenesis and carcinogenesis,

- conceal manipulations genetics to final consumers. Which are in fact excluded from the information necessary to make - in fact, informed - purchasing choices. Thus the premise of #Iovotocolportafoglio, since no one is able to distinguish the fruits ofsustainable agriculture compared to Franken-food. As already happens, in the American continent, for products deriving from cloned animals and their progeny (in the absence of obligations on traceability and information).

Over 45 new GMOs, in 2018 alone, got the green light in the USA. And consumers, in Europe and around the world, will be exposed to it without even knowing it. The new world order decided by the financial oligarchies is therefore an uncontrolled and unknowable genetic Babel to the multitudes. It is no coincidence that the United States and Canada have increased political pressure on Europe to demolish all our rules to protect the environment and health. By breaking norms clauses, included in the CETA e provided for in the TTIPas well as threats of new import tariffs.

The Empire of Evil unveils itself. The aggregate concentration of the global pesticide and seed market will enable the 4 Corporation to exercise control over the needs and yields of the planet's crops, on an ongoing basis. A noose in the throat of the farmers and economies of the countries, which is accompanied by impunity for any ecological and public health crisis that may emerge. Impunity was stolen by means of specific clauses, such as Investor-State Dispute Settlement, ISDS, included in various international agreements and toxic treaty. Precisely to put an end to this abomination that we reiterate the invitation to our readers to sign and promote the #StopISDS and #BindingTreaty petitions, so that the United Nations affirms the imperative of the duty of compensation for damages from an unjust fact. #WhoPollersPays, #WhoPoisonsPays.

A molecular geneticist at King's College London, Dr. Michael Antoniou, on 9.7.19 spoke on Euractiv to comment in no uncertain terms the statements of the outgoing European Commissioners for Agriculture and Health, Phil Hogan and Vytenis Andriukaitis. (2) 'These Commissioners appear to be following up on the biotech lobby's multi-year pressure to remove or weaken the safeguards traditionally applied to genetically modified organisms (GMOs) when it comes to products derived from new genetic modification techniques.'The sentence of 25.7.18 of the EU Court of Justice, explains the researcher,'It is in line with the precautionary principle and states that gene editing techniques do not have a long history of safety and can carry similar risks to old-fashioned GM techniques. However, it has upset the biotech lobby, which sees it as a barrier to business'.

'As a genetic engineer using both old-fashioned gene transfer and new genetic modification tools for medical research, I can confirm that the European Court of Justice ruling is true to science.

In the medical research community, it is not disputed that gene editing techniques are GM techniques that generate GMOs and that these procedures and their products carry risks that require strict regulation. Only in the field of biotech is deregulation required. (...)

The truth is that genetic modification tools are still far from perfect. Research shows that they are not as accurate as claimed, nor are their results predictable. They produce many unintended effects, not only at the 'off-target' sites but also at the intended gene-editing site. (4)

Many side effects they occur after the genetic modification tool has finished its task, when the modification process is at the mercy of the cell's DNA repair machines, over which we have little or no control. (...)

Genetic manipulation it causes new combinations of gene functions and thus can change the composition of plants in unexpected ways, which means they could produce new toxins or allergens or have harmful effects on wildlife. This is not pure speculation.

Numerous studies on nutrition of animals with the first generation of GM crops show how the GM diet damaged animal health. In most cases, we do not know if the effects were caused by the GMO or by the pesticides used in its cultivation, but this is just another symptom of how incomplete our knowledge is. Would similar effects be seen from gene-modified plants? Nobody knows. No studies on feeding animals with 'new GMOs' have been published. Other studies show that GM crops have harmed wildlife in unexpected ways. (...)

Studies showing the risks derived from GMO foods and associated pesticides are attacked by biotech lobbyists and their allies in the scientific community. But much of that community is now dependent on industry funding and / or influenced by personal financial interests in agricultural biotechnology. This situation has led environmental anthropologist Glenn Davis Stone to complain that the scientific community has largely lost the 'honest agents' that should inform public policy about the risks of gene-editing technologies.(5)

Network of independent scientists they have already publicly exposed themselves to ask policy-makers Europeans to adopt the precautionary principle on new GMOs. Such bodies'must be subjected to strict rules, with full recognition of the uncertainties of the genetic modification process and must be labeled to allow farmers and consumers to choose'. (6)

Not one but millions di Davide take sides against Goliath, to claim the consistent application of the rules on which European agri-food law is based. Without demanding a priori prohibitions, but rather adequate scientific risk assessments based on independent studies. As a premise of the authorization procedures that must involve the scientific community and provide for consultations with civil society. At which outcome the full traceability and mandatory information, to operators and consumers. 'From seed to fork ' and 'from feed to fork', none excluded. 'Profit over People', thats enough!

(1) With regard to the analysis of the risks associated with the release of genetically modified organisms into the environment, reference is made to the free book 'GMO, the Big Scam', up https://www.greatitalianfoodtrade.it/libri/ogm-la-grande-truffa

(5) Excerpts from the letter of Dr. Michael Antoniou referred to in note 3, informal translation by the author of this article