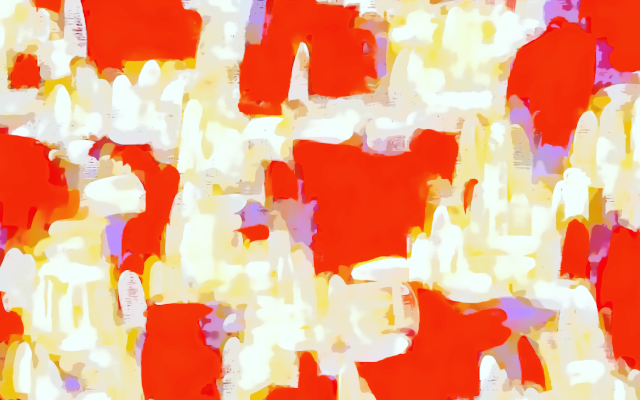 The silent battle against the 'red meats'and animal husbandry has been going on for some time, amid general indifference. More or less scandalous news is cyclically re-proposed, sometimes denied, without much altering the consolidated habits of production and consumption.
Few or none have noticed this - between the lines of the EU Strategy Farm to Fork (f2f), presented on 20.5.20 - the expressed position of the European Commission towards the red meat. A declaration of war against that livestock supply chain which until then, in the Old Continent, has always received broad support.
What has changed? Who are the real protagonists of the ongoing battle, what scenarios can be glimpsed on the horizon? It is reasonable to assume that someone is preparing the ground - cultural and regulatory - for the launch of the Lab meat.

The European Commission suddenly inserts - in the latest version of a document (f2f) under discussion for over six months - the reference to a single food category, the red meats, in a list of nutritional values. Red meats are accompanied by calories, salt, sugar and fat. (2) With a logical leap that, frankly, cannot be understood. (3)

Excessive contents sugar and / or salt and fat, associated with a high energy density, characterize junk food (junk food). Precisely designated as HFSS (High in Fats, Sugar and Sodium). And scientific research, in recent years, has focused attention not on meat but on ultra-processed foods, noting a prevalence of junk food in this category of food products. (4)

- ultraprocessed foods have been shown to be the primary cause of obesity, overweight and related diseases. The cd Non-Communicable Diseases, (NCDs), such as cardiovascular diseases (coronary and cerebrovascular, such as heart attacks and strokes), leading causes of premature mortality. As well as cancer and diabetes, the epidemic of the century, and various others.

Why then Does the European Commission, in identifying a category of 'negative' food for health, refer to red meat? On what basis? Why doesn't he mention ultra-processed foods instead, the junk food dominating the food supply to minors in the European Union (> 68% of shelf products? (5) Or perhaps palm oil, the most used saturated fat in the food industry that occurs in a multitude of HFSS foods (High in Fats, Sugar and Sodium)?

Observation of the economic forces at play may perhaps help to understand what is going on behind the battle against red meat and animal husbandry in Europe. On the one hand there are hundreds of thousands of farmers and breeders, tens of thousands also in Italy. To which the market, even before politics, asks for greater efforts on both fronts of environmental sustainability and animal welfare.

European animal husbandry seems to have understood the need to invest in animal welfare and environmental protection, to guarantee human health and its very survival. More hygiene and fewer antibiotics, no GMO soy, Yes short supply chain. Less meat but better, from every point of view, and fairly remunerated. In line, among other things, with n. 12 - Responsible Consumption and Production - of the Sustainable Development Goals (SDGs), in the UN Agenda 2030.

On the opposite side stand out the giants of finance who, under the radar, have already invested billions of dollars in a handful of companies Biotech who work at Franken-meat. (6) Laboratory meat, in the imperialist designs of the giants, will be able to acquire and concentrate - in their hands alone - market shares now dissipated on the planet among millions of agricultural and food companies.

Laboratory proteins impregnated with artificial blood derived from GMO enzymes, in hindsight, they have nothing to do with sustainability or healthy nutrition. Indeed, the food safety of products deriving from genetic engineering is questionable. At least in the long and very long term, in the absence of clinical and epidemiological studies.

And it is 'curious' to note how the media battle against European animal husbandry is being carried out by some large environmental and consumer associations. Which, 'curiously', do not reveal the identity of their own (to become a sponsor).

Friends of the Jaguar

So BEUC, the confederation of consumer associations in Europe:

- has never expressed any criticism, nor supported any petition, against the food supply chains responsible for land robbery and deforestation. Like those promoted by the writer, over the years, against palm oil, GMO soybeans and American meats,

- did not bat an eye on the TTIP negotiations (EU-US treaty), nor on the CETA agreement (EU-Canada). Although they involve the import into the EU of commodities incompatible with standard environmental sustainability, animal welfare and food safety in Europe (7,8,9),

- did not express a position on the new GMOs, which European institutions have been flattering for some time (and the Commission has in fact recalled in the f2f strategy), with the idea of
frustrate the precautions imposed by the EU Court of Justice,

- does not care about 1,4 billions of billions of US $ invested in new thermoelectric plants, by the protagonists of the #worldeconomicfailure of Davos. Nor of the 7,6 billion euros invested by the ECB (European Central Bank), between mid-March and mid-May 2020, on the fossil fuel industry.

And yet BEUC is leading an 'environmentalist' crusade against European farms, whose greenhouse gas emissions today represent 10% of the European total and are destined to decline. (10) In whose name?

The dystopian scenario the factories of the giants where genetic engineering mimics animal proteins is perhaps more realistic than one might imagine. But it inevitably represents the victory of 1, actually 0,1% compared to 99-99,9% of humanity. Where FAO itself (Food and Agriculture Organization) recently pointed out that the universal right to food - still today a utopia, for about 2 billion people - must be ensured by promoting thesmall-scale agroecology and biodiversity, in the vegetable kingdom as in the animal one.

Food sovereignty - that is to say, the availability of land and means of production by local communities - is therefore the real challenge of the planet. The foundation of the social justice unattainable. The farmers need land to cultivate and also dedicate, in part, to animal husbandry. According to the customs, traditions and nutritional needs of the communities. Only in this way can sustainable food production and consumption practices be developed, rooted in the territories.

One hundred shades of pink

The red pigment in meat it is due to the more or less high content, in muscle fibers, of a protein, myoglobin. Which acts as a deposit of oxygen and serves to support intense and prolonged efforts. Age, race and sex - in addition to the species - of animals affect the presence of this protein, as well as the intensity of the color of the meat.

One hundred shades of pink on closer inspection they are observed in a variety of meats, wherever pork ones and veal tend to approach that of poultry free range and swordfish. Rather than mackerel or anchovy. Unrivaled to the red of a beef or a heifer, but also to that of tuna and bonito. And in those hundred shades of pink, omnivorous consumers, since the dawn of time, find the benefits associated with the moderate consumption of products of animal origin.

Biotechnological research on laboratory meats, ultra-processed foods such as Impossible Burger, now focuses on the synthetic replication of heme, the chemical complex that contains the non-protein fractions of myoglobin, hemoglobin and cytochromes with one together with an iron atom. Progress or Viral Deception, that is, viral deception?

(1) Communication from the Commission to the European Parliament, the Council, the European Economic and Social Committee and the Committee of the Regions. A Farm to Fork Strategy for a fair, healthy and environmentally-friendly food system. Brussels, 20.5.20, COMM (2020) 381 final, https://eur-lex.europa.eu/legal-content/EN/TXT/?qid=1590404602495&uri=CELEX%3A52020DC0381
(2) See document in note 1, point 2.4
(3) See paragraph 'Consumption of meat, the new war on commission'in the previous article'Special Farm to Fork, the strategy presented in Brussels on 20.5.20'. GIFT (Great Italian Food Trade). 24.5.20, https://www.greatitalianfoodtrade.it/progresso/speciale-farm-to-fork-la-strategia-presentata-a-bruxelles-il-20-5-20

(10) Source European Commission, v. note 1. NB: the decrease in emissions in animal husbandry will derive precisely from the measures envisaged in the f2f strategy, as well as from the reform of the CAP. V. https://www.greatitalianfoodtrade.it/progresso/pac-post-2020-la-transizione-agroecologica-in-gioco