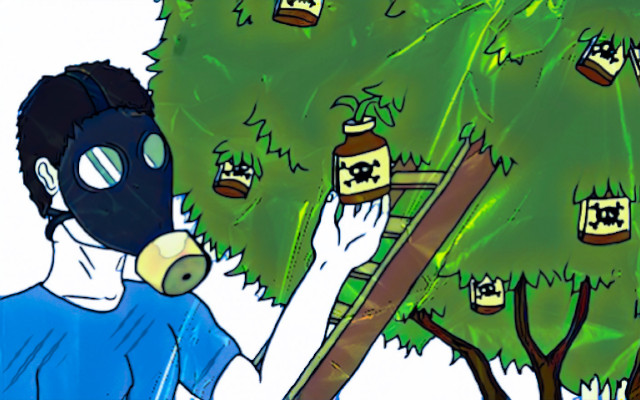 Fundamental human rights are compromised by the mismanagement in Italy of pesticides, PFAS and hazardous waste. So he declares it United Nations Special Rapporteur on the implications for human rights of the environmentally sound management and disposal of hazardous substances and wastes, Marcos A. Orellana, following his own audit 30.11-13.12.21. (one)

The United Nations Special Rapporteur on the human rights implications of the management and eco-friendly disposal of hazardous substances and waste visited Porto Marghera and the area polluted by PFAS in Veneto, (2) the Tamburi district near the ILVA plant Taranto, the Terra del Fuochi in Campania and the San Vittore waste-to-energy plant (FR) in Lazio. The beautiful country of poisons.

Note with concern, the UN special rapporteur, who 'Italy's National Action Plan (PAN) for the sustainable use of plant protection products expired in 2018, and no new plan has yet been adopted. This situation and delay are incompatible with the European Union Directive on pesticides, which requires national action plans to be reviewed at least every five years.. ' The public consultation on the project of a new NAP was organized on 4.10.19 - even the writer participated in it, denouncing the total absence of measures to protect the communities from the so-called drift effect (3) - but the document had no follow-up.

'Another key issue for the new plan is the dimensions of the buffer strips. These untreated swaths are essential to protect vulnerable people and areas, including schools, playgrounds and hospitals, nature reserves and archaeological sites. Buffer zones are also key to preventing surface and groundwater pollution. (4) I ask Italy to ensure that the buffer zones are adequately sized to protect people, water and sensitive areas from the serious risks and damage associated with the dispersion of pesticides'.

'The significant increase the volume of pesticides used in Veneto, in particular in the Prosecco wine growing areas, also causes a lot of concern in Special Rapporteur. 'The area is one of the largest consumers of pesticides per hectare in the country, with an equivalent of one cubic meter of pesticides per inhabitant per year'. We therefore welcome the initiative taken by various Italian municipalities to join the European Network of Pesticide Free Cities.

'I am also concerned about the situation in the Trentino-Alto Adige area. According to the information received, the presence of the pesticides in children's playgrounds sites near agricultural areas. One such dangerous pesticide is Chlorpyrifos, a neurotoxic pesticide with a negative impact on children's neurodevelopment. This dangerous pesticide is banned in the European Union, but Italy has asked for an exemption for its use. ' (5)

1.3) Italian export of pesticides prohibited in the EU

Thanks only to the senior UN official we learn that Italy is still authorizing 'the export of pesticides that are not approved in the European Union because they are dangerous for human health and the environment. ' A phenomenon that we had already denounced in relation to paraquat, without however imagining that Italy was also involved in this type of operation.

This 'abominable double standard which comes from the export of highly dangerous pesticides which are banned ' it must be stopped immediately, as ministerial officials would have promised the UN special rapporteur. Which therefore asks 'Italy to exercise leadership at the regional level to ensure a European ban on the export of banned pesticides. ' In the meantime, it is our right to access this environmental information. (6)

'Contaminated sites they are very serious human rights problems, due to the exposure to dangerous substances of the communities living in their vicinity. Contaminated sites are not only a problem linked to past industrial development, as some activities and operations still carried out today generate serious toxic contamination and lead to an increasing number of cases of disease and deaths among the population.. '

The Epidemiological Study National Territories and Settlements Exposed to Pollution Risk (TRAILS project) 'found an excess of malignant mesothelioma, lung, colon and stomach cancer, and non-malignant respiratory diseases in populations residing in the SIN [Sites of National Interest for reclamation, ed]. The excessive incidence of cancer has mainly affected people living in the vicinity of chemical and petrochemical plants, oil refineries and places where hazardous waste has been dumped.'

The huge industrial complex petrochemical plant of Porto Marghera 'for decades it has neglected environmental protection and released hazardous contaminating waste'. The following is now essential:

- the remediation plan must be implemented urgently and effectively on the entire site where the contamination, it is emphasized, is serious and extensive,

- the regional government must check the health status of residents in the area around Porto Marghera, carefully 'excess mortality, cancer and cardiovascular diseases that could be associated with high levels of pollution'.

The PFAS - known as'forever chemicals', because they persist without degrading in the environment, in Veneto they have contaminated drinking and agricultural waters. 'Residents of the area have suffered from serious health problems, such as infertility, miscarriages and various forms of cancers, among others'. AND 'the authorities did not inform the residents of the affected areas nor did they provide information on PFAS pollution and the health risks of the population'.

The Court of Vicenza 'initiated criminal proceedings for environmental crimes against 15 defendants involved in Miteni's operations'. In the event of a conviction, the senior UN official trusts'that Italy can cooperate with those jurisdictions in which the accused have assets, in order to remedy the Court's decision, ensure compensation for victims and satisfy the 'polluter pays' principle'.

2.4) PFAS in Piedmont and other Regions

'Furthermore, I would like to point out that the pollution linked to the PFAS is not limited to the Veneto. Among other affected areas, PFAS contamination is worrying along the main Italian basin, the Po valley. I am particularly concerned about the company's production of PFAS Solvay, currently in progress a Spinetta Marengo, in the province of Alessandria, in Piedmont. This operation could create an environmental disaster similar to that suffered by the affected communities in Veneto. '

The use of PFAS in production processes and the consequent discharge of contaminated water is reported, it should be noted, also in theactivities of small and medium-sized enterprises' in various sectors, 'including for example the textile and leather industries'. It is therefore necessary to check their presence in the water, identify and block contamination. The special rapporteur invites Italy to this end 'to take the necessary measures to restrict the use of these substances at the national level, and to exercise its leadership at the regional level'.

The Land of Fires it includes about 500 contaminated sites in 90 municipalities in the provinces of Caserta and Naples and affects 3 million people, 5% of the Italian population. 'Illegal dumping and burning of hazardous waste have generated very high levels of air, water and soil pollution in some areas.'Following analyzes on 400 hectares of land, agriculture was banned entirely on 12% of the land and partly on another 20%.

'The extent of the problem is not yet fully known. Studies document an increase in morbidity and mortality in people living in polluted areas, as well as their greater vulnerability to Covid-19. Despite my requests, the regional health authorities have not provided detailed data who could disprove these results. '

The remediation activities, the UN special rapporteur points out, they have not yet been implemented due to a lack of resources and more support from the central government is needed. Furthermore, the combustion of waste 'still continues in the Campania region, albeit at lower levels than in the early 2000s. According to the information received, waste is burned in open landfills also in other regions of the country'.

'Authorities should ensure that industries use technologies and production methods that do not harm the health of residents. Everyone has the right to live in a healthy environment free of toxic substances and waste.'

The report among other things, he mentions other polluted sites, in Taranto due to ILVA and Livorno due to Solvay. Without forgetting the situation in the capital, from which waste is even exported to other regions of Italy.

(1) United Nation Human Rights Office of the High Commissioner. End-of-visit statement by Marcos A. Orellana on his visit to Italy, 13 December 2021. https://www.ohchr.org/EN/NewsEvents/Pages/DisplayNews.aspx?NewsID=27957&LangID=E

Security deposit system for beverage bottles. The campaign of the Virtuous Municipalities

Waste recycling, where are we? The 2020 Report