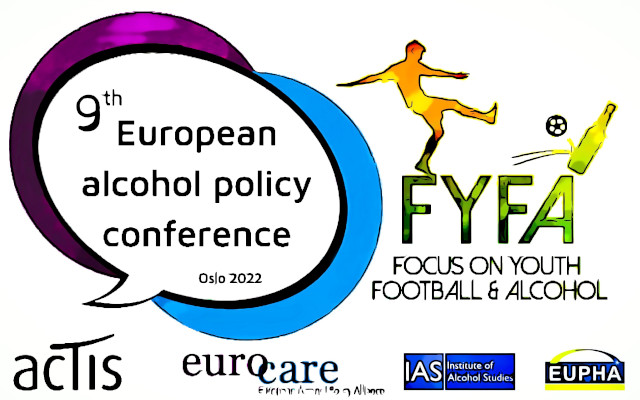 Under the usual silence of the mass media on 17.6.22 - as part of the IX European Alcohol Policy Conference (1) - the World Health Organization (WHO) and 80 civil society organizations signed the Oslo Declaration (Norway), to urge a political intervention aimed at regulating alcohol consumption and limiting its damage.

The scenery described in the Oslo Declaration explains the scientific community's grave concern for the health and well-being of populations. Especially in Europe, the macro-region where the greatest consumption of alcohol is recorded worldwide. The medical, epidemiological and scientific reports shared at the Conference show evidence of this.

The World Cancer Research Fund, an organization for cancer prevention based in England, emphasizes in particular the correlations between alcohol consumption and the increased risk of developing different forms of cancer (breast, intestine, liver, mouth and throat, esophagus and stomach ). In addition to providing 'empty' calories, that is, devoid of any nutritional value. (2)

2) Alcohol in Europe, the scenario

The signatories of the Oslo Declaration focus on the main critical issues:

3) Big alcohol, the power of lobby

Big alcohol is the protagonist of increasingly aggressive and well-funded efforts to undermine and subvert effective regulation of alcohol, aimed at preventing excesses and reducing alcohol consumption.

The European Parliament he has shown his sensitivity, to put it mildly, to that lobby. To the point of having deleted their own recommendations to indicate on the label the risk of cancer associated with the consumption of alcoholic beverages. (5)

Governments Member States, in turn, tend to favor the economic interests of Big alcohol failing to fulfill its responsibilities to protect the health of citizens and the well-being of communities.

4) EPHA, the point of view of civil society

'Europe as the most alcohol-consuming region in the world, the burden of alcohol-related harm to individuals, families, communities and society is enormous. The time has come for concerted action, therefore EPHA fully supports the aspirations of the Oslo Declaration to reduce the harm caused by alcohol in an evidence-based way. '. (6)

The Oslo Declaration is translated into 6 languages ​​and contains 7 policy recommendations:

1 - National governments and the EU should regulate alcohol on the basis of the WHO Global Action Plan on Alcohol, with a view to achieving the targets set by 2030,

2 - national governments should cooperate to implement the WHO Best Buys and SAFER recommendations, with interventions on the price, availability and marketing of alcohol,

3 - the EU should introduce mandatory nutrition declarations and ingredient lists on the label of alcoholic beverages, together with specific warnings, to guarantee consumers informed consumption choices, (7)

5 - National governments should tax alcoholic beverages in relation to their alcohol content. (8) These taxes should be indexed and increased regularly, in line with economic and health indicators,

6 - national governments should limit or prohibit exposure to the marketing of alcohol products, in particular to young people, children and other vulnerable groups,

7 - Governments should recognize and support the fundamental role of civil society organizations in preventing and reducing the harm caused by alcohol.

(6)  The Oslo Declaration - a time for united action on Alcohol in the EU. European Public Health Alliance

(8) An example to correct is that of beer, which in Italy is taxed in relation to its saccharometric index (Plato grade), rather than its alcohol content. V. previous article

Transparency on the label of alcoholic beverages, legal action in the USA

Alcoholic beverages, the EU Parliament cancels the proposed warning on the label on alcohol and cancer risks