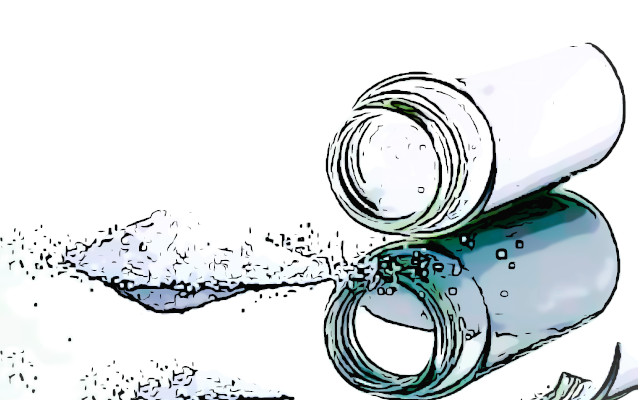 Silicon dioxide is a food additive authorized as an anti-caking agent. And it's a nanomaterial, like titanium dioxide dye (E171), which EFSA has recently re-evaluated for toxicity. (1) Scientific studies reveal emerging risks to public health. Yet, it is still widely found in food, as we shall see.

The latest opinion of the European Food Safety Authority on silicon dioxide dates back to 2018. On that occasion, the lack of expertise on the impact of nano particles added to food convinced the panel of EFSA experts to discharge the additive. (2)

The scientific community however, it has made great strides in nanomaterial research. With reference to the added silicon dioxide in food he highlighted adverse health effects very similar to those associated with the ingestion of titanium dioxide.

It is therefore expected a re-examination of its safety, with the adoption of specific guiding criteria for the evaluation of the nanospecific risk, with the support of experts specialized in nanomaterials. In this sense, the ISS researcher Francesco Cubadda expressed himself, in illustrating the EFSA opinion of 6.5.21 on titanium dioxide. (3)

Studies on toxicity of titanium dioxide are increasingly numerous and clearly indicate the negative impact on health. Recent research conducted by Mexican researchers, for example, has confirmed the serious adverse effects that have already emerged and related to the consumption of food additives containing nanometer-sized particles (1-100 nm). Namely titanium dioxide (E171), iron oxides and hydroxides (E172), silver (E174) and gold (E175), used as dyes, and silicon dioxide (E551), used as an anti-caking agent.

Oral consumption of these additives is associated with gastrotoxicity, hepatotoxicity and alterations in the gut microbiota, the researchers explain. They add: 'Although no studies have been performed on the use of these food additives to evaluate neurotoxicity or alterations in animal behavior, their non-food nanometer counterparts have been associated with stress, depression, cognitive and eating disorders as signs of altered animal behavior.'. (4)

Silicon dioxide, where it is found

Silicon dioxide it is also indicated on the food label as E551. It is used as an anti-caking agent in many food categories.

It is found easily, for example, in food supplements, in ginseng coffee capsules, powdered broth, even in a rabbit meat preparation, as shown in the Gallery photographic.

Too Good To Go, the performance of the app against food waste