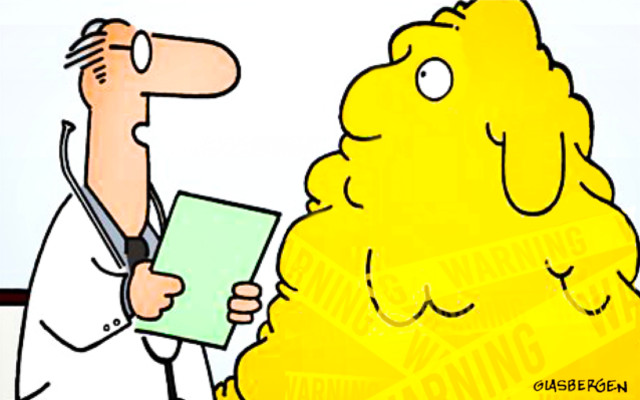 An Italian study shows that half of people with high cholesterol are not aware of it. Yet dyslipidemia is crucial in the onset and progression of atherosclerosis, which leads to the development of cardiovascular disease, the leading cause of death worldwide. (1)

A systematic review it was conducted by researchers from Gemelli, a polyclinic of the Catholic University of the Sacred Heart of Rome with the financial and technical support of Danone Italia. The company has in fact arranged for participation in the research by filling in a questionnaire on a website website dedicated.

The diet it is an important variable in the control of dyslipidemia. Study participants were asked to declare

Another variable exercise is decisive in controlling cholesterol. Participants in the study thus stated that they practice for more than 2 per week. If so, did they specify the type: walking less than an hour a day, low impact sports (yoga, tai chi and pilates), walking (more than an hour a day), cardio activities (such as brisk walking, running and swimming ) and muscle strengthening activities (weight lifting, for example).

To the other extreme, participants who scored low, indicating a high risk to his health, were asked to contact their doctor to urgently change their lifestyle.

At risk without knowing it

Overall Researchers found elevated blood cholesterol levels in about 60% of the participants, with mean values ​​higher in women than men (210 mg / dl vs. 199 mg / dl) and in young people compared to the elderly (206 mg / dl vs. 196 mg / dl). This result is at least partly explained by the higher percentage of elderly people who take cholesterol-lowering drugs.

Poor perception of one's own state of health is moreover compatible with the evidence that more than one third of the population involved in the study did not carry out a cholesterol check in the previous year. Women are more 'fugitives' than men (42% vs. 35%) and younger than the elderly (42% vs. 22%).

'These data are very impressive considering that the lack of awareness of the presence of a dyslipidemia condition could lead to a progression of subclinical atherosclerosis which then evolves into the development of CVD (cardiovascular disease, ed). Also, thinking you have a normal cholesterol profile leads to less frequent screening', observe the researchers, who hope for the organization of'large-scale awareness campaigns, along with preferential lanes for access to health checks'.