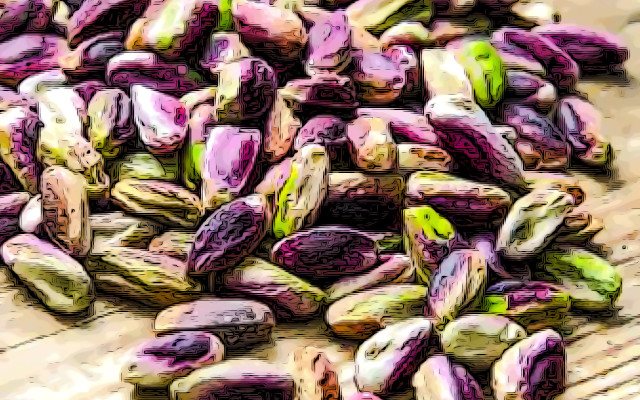 The green gold of Sicily is enriched with a new vein, the Pistachio of Raffadali DOP, registered among the Italian Geographical Indications (IG) on 15.3.21. (1)

The lands of the Pistachio of Raffadali PDO

To the DOP They already have over 100 growers and some processors (10-15), coordinated by the producers' association that has been working for the recognition since 2016. And that will soon be transformed into the protection consortium, as required for PDOs. Many other agricultural and processing companies could join the PDO and triple the number of members.

Where to taste it

The harvest of the 500 hectares of pistachio groves now DOP (over 100 tons / year) is transformed and used in an increasingly innovative way, not confined to pastry. Cream to spread, pesto, fillings for desserts, flakes for traditional Sicilian cannoli, of course, but also condiments for pasta and an unexpected ingredient even in meat-based preparations.

So many delicacies are tasted at Fastucafest, the Pistachio Festival of Raffadali, which takes place every year (except the 2020 pandemic) on the third weekend of September in the historic center of the homonymous town. Fresh pistachios, from the harvest which begins the third week of August and ends the first of October. Always in two phases, to support the double flowering, with priority to the fastest crops near the sea.

Il Fastucafest it is a magnet for tourists discovering Western Sicily, who can already see the pistachio groves of Raffadali from the Valley of the Temples. But it is also relevant for the Sicilians.

'The Fastucafest was a moment of rediscovery of pistachio, a crop abandoned in the 70-80s dominated by emigration abroad in search of work. Universities and agricultural doctors are also involved to create culture, to rediscover this cultivar, to stimulate the creativity of processors. It is food and wine, not just agriculture', says Calogero Frenda, president of the producers' association that led the long process of acquiring the PDO.

An investment in greenery

The Pistachio of Raffadali PDO it is also agriculture, partly organic, in expansion. In just three years, the associated farmers - now PDO - have planted 15 new plants.

Il cultivate it is in fact considered profitable. The Sicilian plant comes into production after 6-8 years and reaches its maximum between 10 and 15 years, when it can produce up to 20 kg of pistachios.

Considered that in shell the fruits are worth 10 euros per kg, with a density of 270 plants per hectare and a yield of 200 euros per plant, a (gross) revenue of 54 thousand euros / ha is calculated.

Irrigation plants like it, but when it is lacking it is remedied with more frequent tillage of the soil, to oxygenate it, close the cracks and keep the roots cool.

It can not miss a reference to its cousin Pistachio di Bronte DOP. The two productions may seem equivalent for the less experienced, but this is not the case.

Both valuable fruits with origin Made in Sicily, the two pistachios differ as well as the soils on which they grow. Rocky, of volcanic origin, the Bronte; limestone that of Agrigento-Nisseno of Raffadali, with the consequent more agile operations in the field, even mechanical.

The specificities of the soil are reflected in the organoleptic qualities, which qualify the more savory Bronte and the Raffadali (richer in essential oils) sweeter and softer on the palate.

France, Camembert de Normandie AOP. The Council of State rejects the evocations of the PDO

Chile, US consortium tries to register the Parmesan, Asiago and Mortadella Bologna brands