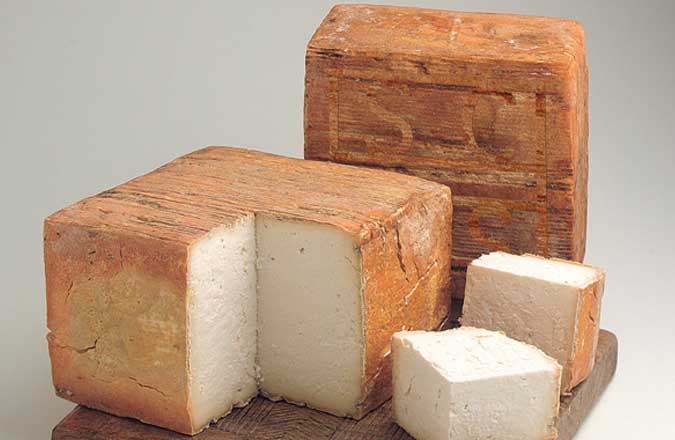 Save cremasco it's a cheese soft raw paste, obtained exclusively with whole cow's milk and aged for at least 75 days. It is an excellence of Made in Italy, a great protagonist on Lombard tables. And it is protected by Alti Formaggi, a project of the Consorzi di Tutela dei typical Italian cheeses of Lombardy. It is produced in the territories of the provinces of Bergamo, Brescia, Cremona, Lecco, Lodi and Milan, where all the stages of processing take place starting from the production of milk.

It was produced to save the surplus of milk, a requirement from which the name originates. Unlike other soft cheeses that are not very resistant in the hot period, it is suitable for medium-long aging. Composed of a parallelepiped weighing between 1 and 5 kilograms, it is Italian Salva cremasco if it has a thin rind characterized by a slight bloom.

White in color with irregular holes and a compact texture, it is crumbly to the touch. The flavor is aromatic and intense and becomes more pronounced as the seasoning progresses. A laborious phase, marked by frequent interventions on the shape, humidified with water and salt and dry brushed, in order to facilitate its correct maturation and give it its characteristic color.