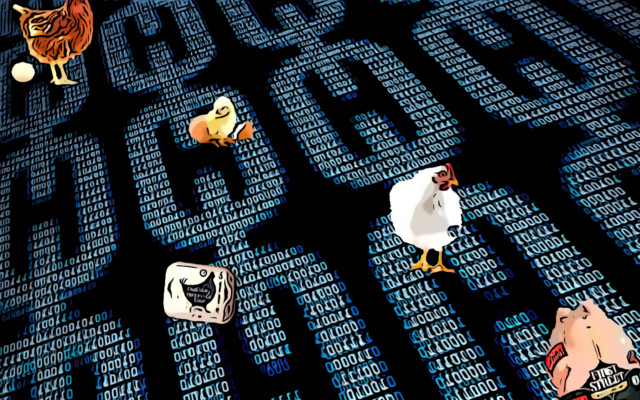 La blockchain applied to the food chain is proposed by several parties (1) as the innovation of the century, but still today it would rather be a mere operation of marketing. Here because.

An blockchain it is a register open and distributed that uses a security protocol for the validation of separate blocks of information, which are registered and validated by the various independent operators participating in the network. The overall information is obtained from the sequence of data entered in the individual blocks.

The data recorded in each block, in turn, cannot be modified retroactively without altering the contents - that is to say, the information and the resulting cryptographic code (cd Hash) - of all subsequent blocks. This is possible only if allowed by the protocol (through the cd Smart contracts) and approved by the majority (> 50%) of those participating in the network (following the so-called Proof of Work).

On a theoretical level, the blockchain it is the egg of Columbus, the technological solution that everyone was waiting for to secure, enhance and certify any information of importance for modern society. (2) The remedy for the lies of the world, provided, however, that the system is intact, incorruptible, thanks to the independence of the blocks of the network. (3)

La blockchain it is in fact technology at the base of the bitcoin, whose success derives from its theoretical incorruptibility, thanks to a system of decentralized transactions. The value of the bitcoin it is therefore based on the difficulty of individual subjects (eg banks, financial institutions, etc.) to influence the blockchain and so is the value of the transaction. (4)

La traceability feed - to the extent that it is managed and controlled by a single operator, of production or distribution - it does not appear compatible with the assumption of blockchain, which is instead represented by the independence of the network participants.

Another essential feature application of the blockchain - and the success of the bitcoin - is the certain predetermination of theasset checked. The total amount of bitcoin available on the market, for example, was set at 21.000.000. This limit makes every single resource issued precious, increasing its value. (5)

Also from this point of view, blockchain it does not appear compatible with most food production. Since the quantitative data would be unreliable every time there is a decrease or a variation in the yield compared to the scheduled productions, which often depend on several suppliers. (6)

Let's say for example that a single producer (or distributor) decides to self-certify a poultry production of broilers, to communicate value to customers through an interactive app that allows access to some information on the 'history' of the chicken.

Let's assume, at this point, that customers appreciate the mechanism (communication) and decide to reward the distributor by purchasing the product. As this is a limited production, the price of the product is likely to increase. Or, since it is a self-certified and self-controlled process - that is, without the guarantees of the blockchain - the manufacturer (or distributor) could change the production data. Or even worse, 'riding the wave' by following orders even with non-certified products.

Just what is happening now in the organic market in the USA, and is in fact the subject of investigations by the USDA (United States Department of Agriculture).

In order for the control to be reliable, production should be consistent with the respective program, as well as obviously measurable. As can happen, at least in theory, in the production of vintage wines. When this requirement is lacking, it is in any case essential to ensure compliance with a decentralized system for entering and verifying data in the logic of the independent blocks.

Otherwise, as hypothesized in the introduction, the reference to the concept of blockchain it is a mere marketing operation. Of dubious lawfulness, among other things, if the consumer is led to believe in integrity of the supply chain on the basis of an assumption that does not respond to the reality of the facts. (7)

(3) The members of the network, in the logic of the system, participate in a P2P (Peer-to-Peer) Network. See in this regard https://m.youtube.com/watch?v=SSo_EIwHSd4

(4) For the same reasons, attempts by banks to create their own digital currencies, independently or in aggregate, have so far failed. After all, who would buy a currency or a security whose performance is determined by a board of directors? The risk could be that which occurred in the case of the Venetian banks

(5) A ceiling on the offer is therefore preconcerted, such as that which occurs following the death of an artist. Which thus, despite himself, places a limit on its production

(6) Imagine that year x chicken production is fixed in y animals. There is certainly the (theoretical) possibility of determining an upper limit in production. Even assuming in theory that a chicken derives from each egg, the exact quantity would be the result of the various stages of the supply chain and of the data received from the individual farms. Which, inevitably, tend to vary on the basis of multiple factors

(7) In violation of the general criteria of truthfulness, transparency, clarity and non-misleading information pursuant to reg. EU 1169/11, articles 7 and 36. As well as in contrast with the directive 2005/29 / EC on unfair commercial practices between businesses and consumers 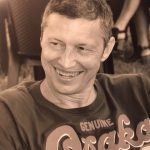 Specialist in distribution models and Revenue Operations with over 25 years of projects in different industrial sectors and countries (12 years in the US). I work on Lean Organizations, Supply Chain Inefficiencies, Organizational and Financial Restructuring Projects, Digitization and GDPR

Blockchain and Wiise Chain, summit in Palermo on March 9, 2020