Blockchain in the food supply chain, the Bari prototype 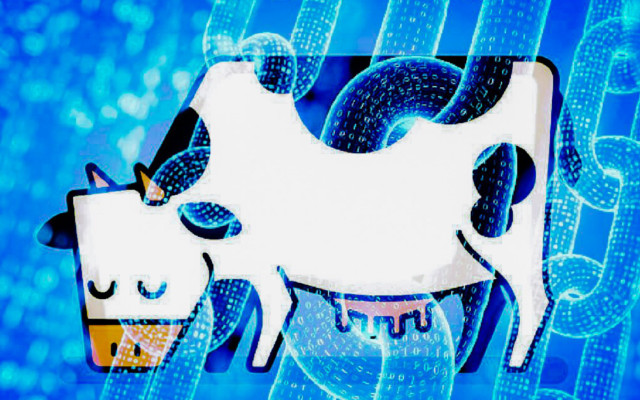 Blockchain in food supply chain. Many talk about it and often nonsense, as seen. And here is the prototype of Bar on the supply chain XNUMX cups milk.

Blockchain in the food supply chain. Because?

We survive everythingexcept fasting. This is why food fraud is lost in the history of civilizations and remains difficult to deal with. It is no coincidence that organized crime in Europe today stains itself more with the blood of food of animal origin than that of humans.

Italy is at the forefront in the fight against such criminal activities, thanks to the solid experience of our judicial police forces. Large-scale fraud rarely escapes our investigators, but that's not enough to deter criminals (often in suits) from engaging in more.

Europe instead - despite being the first platform on the planet in the trade of agri-foodstuffs - it does nothing concrete to address thefood fraud '. Beyond the false promises of a useless Commissioner and of the creation of a cultural center.

The crime of the rest it can only be prevented with firm rules, deterrent penalties, effective investigations and efficient judicial procedures. The guidelines for the prevention of fraud in quality management systemsalthough praiseworthy, they are not enough.

La blockchain - as an independent system to guarantee the traceability of material (raw materials, consumables, goods, packaging) and operational flows - it can therefore have its reason. Like a security door instead of a wooden gate, it can make it more difficult for the bad guys to access. At least.

Blockchain in the food supply chain. How?

Information technology continues to show its advantages. In everyday life as in the recording and monitoring of process phases, with quick access to data and security in their archiving.

DLT technology (Distributed Ledger Technology), more famous as blockchain, arises from the need to define a secure IT tool that automates the acquisition and recording of information in the processes involved in the supply chain. Whether it is bitcoin or yogurt pots, the concept is the same. Except having to adapt to the economies of the various systems.

La blockchain differs from other protocols in several respects:

- information security, entrusted with the distribution of data in separate and independent blocks, for the purpose of collection and validation,

- the incorruptibility of the data, which derives from the impossibility of modifying them retroactively without altering their identification codes,

- transparency, inherent in the same logic of an open and distributed register.

Blockchain in the milk supply chain, the prototype of Bari

CyberSecurity is a Bari-based company operating in the IT security sector. One between the first software house having invested in DLT technology, CyberSecurity has verified the potential effectiveness and usefulness of blockchain to ensure traceability in the milk supply chain.

Thus was born the prototype MVP (Milk Verification Project), of extraordinary relevance in a period where food fraud in the dairy supply chain is on the agenda. Although still unpunished today. Just think, right in Puglia, at false 'Slices of milk, Masseria milk'. Rather than al false 'Piedmontese Alpine milk', which happens to come from the same industrial group (Inalpi).

IoT technologies (Internet of Things) - that is, those capable of interconnecting devices located in different locations, which are also part of the CyberSecurity prototype - also allow to provide updates in real time. Offering accessible data to all users participating in the network.

The prototype developed in Bari it has all the characteristics to innovate information in the milk supply chain, guaranteeing information that far exceeds - also in terms of reliability - the formal requirements established in the so-called milk origin decree. Which, as we have seen, results among other things illegitimate as it was not notified to the European Commission.

It therefore remains to ask because this prototype is not adopted and applied as soon as possible by those companies, in the production and distribution of dairy products, which intend to stand out in the seriousness of their protocols to guarantee the effective integrity of the supply chain . An investment in trust, which the market will certainly recognize and value.

Blockchain and Wiise Chain, summit in Palermo on March 9, 2020