Health claims on botanicals, the Court of Justice clarifies 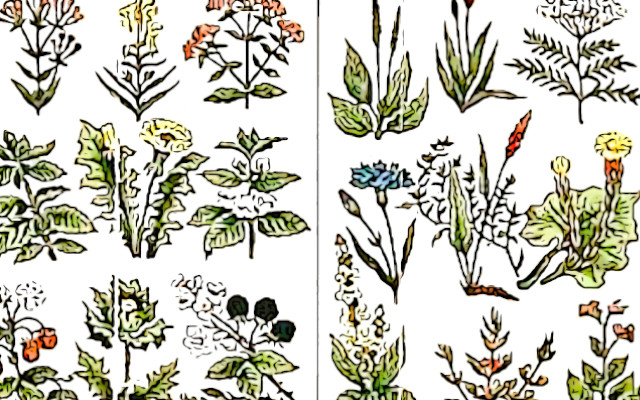 On 10.9.20 the EU Court of Justice finally clarified how to apply the regulation Nutrition and Health Claims on botanicals. The use of health claims - in labels and advertising of foods and supplements that contain plants and their extracts (so-called botanicals) - can be based on different levels of scientific evidence. Without expecting onerous double-placebo scientific studies on healthy individuals, as hitherto suggested by the European Commission.

Health claims on botanicals, the dispute

The Court for intellectual property and trade has been called upon to rule on the legitimacy of some health claims (related to ginger, rosehip, boswellia, artichoke, dandelion, blueberry) on the labels of natural food supplements produced by the company Mezina AB. Following an appeal by the Swedish Consumer Protection Ombudsman (Konsumentombudsmannen, KO).

The Swedish judge has therefore submitted to the European Court of Justice (ECJ) a request for a preliminary ruling on the application of the NHC Regulation (combined with Articles 3, 5, 28.5) and the Unfair Commercial Practices Directive (Dir. 2005/29 / EC) to health claims relating to botanicals contained in food.

The ECJ was called to interpret the meaning of 'generally accepted scientific evidence'on the basis of which, pursuant to reg. CE 1924/06, the health claims offered in the commercial information of food and food supplements.

The European Commissionin fact, it has not yet expressed its opinion on the requests for approval of more than 3.000 health claim on botanicals and some microorganisms. (2) Although he had to do so by 31.1.10. (3) On the other hand, he suspended this procedure in September 2010 following complaints (also by the writer) regarding the discrimination of foods compared to traditional medicines of plant origin. (4)

the 29.7.10 la European health products manufacturers association (ehpm) had denounced to the European Ombudsman the maladministration of the Commission in managing the dossiers of the health claims relating to botanicals.

The producers of natural ingredients, medicinal herbs and their derivatives - also represented by European Botanical Forum (EBF) - complained about the disparity of the criteria adopted in evaluating the scientific validity of identical ones health claims on the same substances, depending on the sector:

- Regulation (EC) no. 1924/06, as up to then (and up to the ECJ ruling in question) interpreted by the European Commission, instead prescribed an authorization based on an even more rigorous level of evidence than that established for conventional drugs (see next paragraph).

the 27.7.10 the European Commission escaped the dispute by asking EFSA to stop the assessments and by committing to ensure aconsistent treatment'of the authorization requests relating to botanicals and microorganisms (probiotics). Without, however, resolving, to date, unacceptable discrimination functional foods compared to traditional drugs. (5)

The reg. CE 1924/06 prescribes that the health claim on food - subject to scientific assessment by EFSA (European Food Safety Authority) and subsequent authorization from the European Commission - are based on 'generally accepted scientific evidence'(art. 6.1).

The executive of Brussels, however, claimed that the so-called claim physiological, i.e. those relating to the contribution of a food to the normal functions of the organism (Article 13), were subjected to the same level of scientific proof established for claim relating to the prevention of disease risk factors and the development of children (art. 14). In all cases requiring the submission by the applicant of double-blind randomized clinical trials against placebo in healthy individuals. (6) A novelty for the scientific community itself, since in many cases it is difficult (if not impossible) to assess the significance of variations in health levels in the context of homeostasis.

Court of Justice, the decision

The Court of Justice clarified how health claims - albeit in the case of a 'transitional' regime, such as the one that persists on botanicals - can be legitimately affixed 'under the responsibility of economic operators in the food sector'. (EC reg. 1924/06, art. 28.5). Provided they comply with the regulation itself - including the general requirements referred to in Articles 3 and 5 - and with any applicable national provisions (7).

'The health claims they must be scientifically corroborated, taking into account all available scientific data and evaluating the evidence '.

We must therefore refer to 'objective and scientific elements'. So that 'the benefits of the substances to which these health claims relate, as indicated in recital 14 of Regulation No. 1924/2006, of a sufficient scientific consensus. ' The NHC regulation, underlines the Court, does not regulate the type of evidence requirements or their collection methods. 'These issues remain subject to national law, subject to the application of the principles of equivalence and effectiveness. ' (7)

The beneficial properties of herbs and medicinal plants can therefore be claimed on the basis of objective and shared elements on a scientific level, without requiring clinical tests. Among other things, we can refer to the precious Belfrit list, prepared by the Italian Ministry of Health in accordance with the French and Belgian ones, which lists the substances and plant preparations allowed in food supplements. (8)

Last but not least, the Court of Justice ruled the inapplicability of the directive on unfair commercial practices (dir. 2005/29 / EC, implemented in Italy with the Consumer Code, Legislative Decree 206/05) to claim health-promoting, as they are governed by specific legislation sector. (9)

(1) ECJ Judgment (European Court of Justice) 10.9.20, case C ‑ 363/19, Konsumentombudsmannen v.
Mezina AB, come on http://curia.europa.eu/juris/document/document.jsf?text=health%2Bclaims&docid=230863&pageIndex=0&doclang=IT&mode=req&dir=&occ=first&part=1&cid=6118350#ctx1
(2) The European Commission has put in stand-by the authorization process of claim relating to botanicals back in 2010, excluding plant preparations from the (miserable) list of 222 health indications subsequently authorized by reg. EU 432/12 V. EU register on health claims https://ec.europa.eu/food/safety/labelling_nutrition/claims/register/public/?event=search
(3) Regulation (EC) No. 1924/06, article 13.5
(4) Dario Dongo's complaints about the mismanagement of the authorization processes of health claim (2010, 2011), referred to in the articles https://ilfattoalimentare.it/qualche-interrogativo-sui-criteri-di-valutazione-dellefsa-per-le-diciture-sulle-etichette.html, https://ilfattoalimentare.it/indicazioni-salutistiche-in-etichetta-in-attesa-di-sintonia.html, https://ilfattoalimentare.it/per-le-diciture-salutistiche-sulle-etichette-la-commissione-ue-ascolta-lindustria-e-corregge-il-tiro.html
(5) European Commission. Questions and Answers on the list of permitted Health Claims. MEMO / 11/868, 5.12.11, su
https://ec.europa.eu/commission/presscorner/detail/en/MEMO_11_868
(6) The EC guidelines on the application of reg. CE 1924/06 in fact report that 'the classification has no impact on the level of substantiation required for authorization. The presentation and content of the scientific dossier are the same for both types of claims'. V. Guidance on the implementation of Regulation (EC) N ° 1924/2006 on nutrition and health claims made on foods conclusions of the Standing Committee on the food chain and animal health ' (2007), on https://ec.europa.eu/food/sites/food/files/safety/docs/labelling_nutrition_claim_reg-2006-124_guidance_en.pdf
(7) See ECJ judgment in Note 1, paragraphs 45-54
(8) Decree Min. Sal. 9.7.12. Discipline of the use of vegetable substances and preparations in food supplements. In the Official Gazette General Series 21.7.12, n. 169. https://www.gazzettaufficiale.it/atto/serie_generale/caricaDettaglioAtto/originario?atto.dataPubbificazioneGazzetta=2012-07-21&atto.codiceRedazionale=12A07895& Lista30giorni=false
(9) See https://www.foodagriculturerequirements.com/archivio-notizie/nutrition-health-claims-approfondimento-sul-decreto-sanzioni

Jatropha, vegetable protein and fat from a resilient plant