Stevia, a sweet superfood with a biotech risk 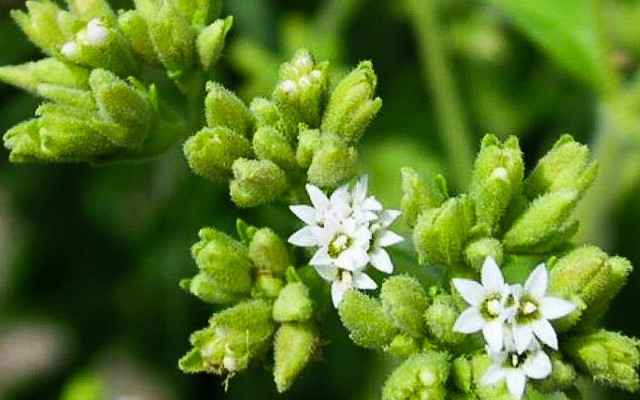 The review of superfoods destined to feed populations increasingly attentive to the link between diet and health (of necessity a virtue) cannot fail to consider the stevia. The first among the Non-Nutritive Sweeteners (NNS) to derive from a plant, rather than from chemical synthesis. (1) At least as long as the industry Biotech it won't take over.

Stevia rebaudiana Bertoni, the plant and its properties

La Stevia rebaudiana Bertoni it is a herbaceous-shrub plant perennial (semi-perennial, in cold climates) of the Asteraceae family. Native to Paraguay and also widespread in Brazil, Argentina and South America, it has been cultivated and consumed for decades in Thailand, China, Japan, Korea and Israel. From this year also in Italian - in the provinces of Agrigento and Trapani, thanks to the initiative of the agronomist Massimo Somaschini, founder of ItalStevia.

The sweet herb - as it is called by the Guarani tribes, the first to use it - it is known for some healing properties. Some studies refer to anti-inflammatory and immunostimulating properties, (2), others to the long-term (1-2 years) ability to contribute to blood pressure in hypertensive individuals. (3) Still others with antioxidant, antitumor, diuretic, antimicrobial and anti-plaque properties, .. (4)

Consumption of stevia It was also associated with lower blood glucose and insulin concentrations, compared to both placebo and sucrose. Conversely, several studies show a relationship between the contribution of others Non-Nutritive Sweeteners (NNS) and disorders as well as metabolic diseases. (5)

The active ingredients of the plant (Stevioside e rebaudioside A) are particularly concentrated in the leaves which, when dried, have a sweetening power from 150 to 250 times higher than sugar (sucrose), without however providing energy value (zero Calories).

Unlike some synthetic sweeteners (e.g. aspartame), the active ingredients of stevia are stable over time and at high temperatures (200 'C). And above all, the extracts of the plant do not present the serious health risks already detected on artificial sweeteners (see, lastly, what is noted in acesulfame-K and memory damage).

The dark side of the coin, as often happens, is represented by the 'gold rush' by unscrupulous industrial giants. Which - Evolva (CH), Stevia First (USA) and DSM (NL), in the lead - are already trying to produce steviol glycosides through synthetic biology, (6) instead of extracting them from the leaves of the plant. In consideration of this, we can see: