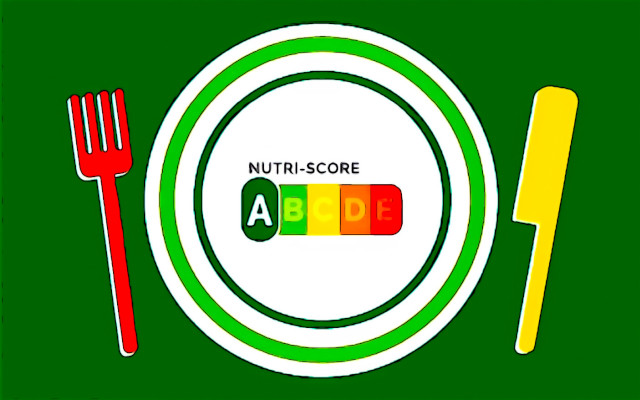 We are promoting a petition in support of the NutriScore system, whose great effectiveness - in favoring balanced food choices, as well as consumer health - has exacerbated the opposition of lobby agro-industrial. (1)

The rhetoric of cons is based on false arguments, to whose critical analysis two scientific studies are dedicated (2,3) where the Liaison between Ferrero and Coldiretti who, as seen, commands the Draghi government.

A survey by the French consumer association UFC - Que Choisir in turn demonstrates how the nutritional profiles of most traditional foods in the Mediterranean diet collect favorable Nutri-Score evaluations.

'The nutritional label Nutri-Score must be defended by the lobbies that try to distort it and prevent it from becoming mandatory in Europe. The NutriScore was officially adopted in France on 31 October 2017, by inter-ministerial decree, after a very hard battle against the agri-food lobbies which lasted almost 4 years.

The logo it is displayed on the front of food labels, with the aim of helping consumers make healthier food choices at the time of purchase. By providing Simple nutritional information that allows you to easily compare the nutritional quality of food products at a glance'.

'Although easy to interpret, Nutri-Score is based on numerous scientific studies which have demonstrated its effectiveness and interest for consumers and public health. After France, 6 other countries in fact, Belgium, Germany, Luxembourg, Holland, Spain and Switzerland have decided to implement the Nutri-Score.

No food company was in favor of Nutri-Score when it was proposed (in 2014, by a public research group without conflicts of interest). But today, thanks to scientific work, the pressure of scientists, health professionals, consumer associations and NGOs and the actions of citizens, more than 800 brands have finally committed to display it on their food products.. '

'As this is still voluntary news, given European legislation preventing Member States from making it mandatory to display a synthetic nutrition label on the front of the package on foods, many food industries are still opposing it and fighting it. . It is the case of Coca-Cola, Ferrero, Mars, Lactalis, Mondelez, Kraft and many other national and international companies.'

The recent announcement by the European Commission, as part of its "Farm to Fork" strategy, of an upcoming vote on the implementation of a single and mandatory Front-Of-Pack Nutrition Labeling (FOPNL) for all European countries within end of 2022, has awakened the lobbies, both from producers opposed to the NutriScore but also from some agricultural sectors (cheeses, cured meats) with large industrial food groups behind them (eg. Lactalis, Savencia, etc.) that do not want to supply consumers transparent information on the nutritional profiles of food products. (...)

1.4) Transparency on the nutritional profiles of foods

We citizens, aware that the consumption of food plays an important role for health, we require to be able to evaluate, through the visualization of the NutriScore, the nutritional quality of ALL foods, without exception. So that you can make conscious consumer choices. We consider this a consumer right and a duty of economic operators. We therefore ask:

1) to the governments of the EU member states, to privilege the protection of public health against the pressure of the lobbies that aim to boycott or distort the Nutri-Score,

2) in the European Parliament, adopt Nutri-Score as a mandatory front label for Europe in 2023, taking into account its scientific basis and demonstrated effectiveness in terms of public health,

3) to producers who still refuse to exhibit Nutri-Score, respond to consumer demand for true nutritional transparency and apply the Nutri-Score immediately (although not yet mandatory) on their products.

Citizens' health it is priceless and public health must prevail over the defense of purely economic interests! Sign the petition HERE and spread it around you! '.

2) Nutri-Score, le lobby of the cons

The number of businesses adopting the NutriScore, in food processing and distribution, continues to grow across Europe. Millions of consumers refer to this system - even through hugely successful apps, such as Yuka - to orient purchases towards foods that are more balanced than others, in each category.

Precisely therefore who has everything to hide, junk food producers, organized i cons. With a style worthy of the South American dictatorships of the last century, the lobby di Big Food they enlisted the agricultural confederations for dirty work. In a hybrid war based on viral deception, the viral disinformation to which two recent scientific studies have been dedicated.

The battle di Big Food at Nutri-Score leveraged the false sales threat. France is the home of the consumption of cheeses and cured meats, whose sales have not suffered any decline in the 5 years of application of the NutriScore. The same applies to cured meats and olive oil in Spain, where this FOPNL (Front-Of-Pack Nutrition Labeling) reaping growing success.

Le Corporation thus involved the Consortia of Parmigiano Reggiano, Grana Padano and Prosciutto di Parma in Italy, the producers of ham Serrano and olive oil in Spain, that of Roquefort cheese in France. With the further leverage of patriotism, arguing that PDOs and PGIs should be understood as having a priori high nutritional quality. (2)

The Italian opposition at NutriScore is so particular that it has led to a specific study, aimed at understanding the motivations of cons and the role of the different in the debate stakeholders (social partners concerned). (3)

The lack of mobilization of the scientific community and consumers, often unfortunately bound by conflicts of interest, have had their weight.

I cons italics the NutriScore were identified in the industrial giants (eg Ferrero, Barilla) and various associations at their service (eg Coldiretti, Filiera Italia, Federalimentare, Codacons). They have dragged all the political groups, as has happened recently blitz in favor of new GMOs.

The most recent study (Fialon et al., 2022) proposes a critical analysis of the Italian rhetoric against the NutriScore:

- a priori identification of all foods Made in Italy as part of the Mediterranean diet. This is not always true. Reformulation is taboo, as if reducing the sugar content in a shortbread, or the salt in a cheese, were an impossible abomination,

- falsity and lack of scientific basis. THE cons italici falsely allege that olive oil would be 'branded' by NutriScore with a red code that does not even exist. On the contrary it is the Nutrinform battery to penalize extra virgin olive oil, as seen.

- Nutri-Score algorithm. Some exponents of the lobby italics deduce that proteins are not positive and saturated fatty acids would be recommended instead. In contrast to the recent EFSA opinion (2022) where exactly the opposite is expressed,

- grotesque simplification. The vermilion code, according to i cons, would be interpreted as a 'do not buy' rather than 'consume in moderation'. And that would perhaps pose a threat to junk food producers.

2.4) Who supports the NutriScore in Italy

Supporters of Nutri-Score in Italy are unfortunately few, our GIFT site and Fatto Alimentare in first place as specialized media, followed by Scienza in Rete. But our media impact is seriously insufficient, despite our ongoing editorial commitment.

The impact in print and tv - always subservient to the strong powers and advertisers advertising - is extremely modest even for trade associations such as AltroConsumo and experts such as Walter Ricciardi, who are in favor of NutriScore but do not have a comparable visibility to cons.

The survey conducted by the French consumer association UFC-Que Choisir, it assessed the nutritional quality of 588 references (310 traditional foods) from 14 French regions, using the Nutri-Score system. Demonstrating, on the basis of the nutritional tables on the product labels, the falsity of the rhetoric of cons that NutriScore poses a threat to traditional products. (4)

The results show how 62% of products (193 references) fall into NutriScore categories A, B, C, 38% (117 products) into categories D and E. 5 macro-categories of products were evaluated:

1) traditional dishes. Valid as a whole as a source of protein, they only get worse in the case of generous additions of fats or cheeses. 82% in A, B, C and 18% in D, E,

2) meats and sausages. Red meat and poultry (rich in proteins and low in fats) recorded a 61% of A, B, C ratings. Cold cuts, on the other hand, tend towards D, E (39%) due to their high fat and salt content,

3) fruit, vegetables and legumes. The richness of fibers, minerals and vitamins, as well as the low energy density, lead to 85% of evaluations in categories A, B, C. Legumes are also appreciated for their protein content. The transformation sometimes has a negative impact due to the addition of salt or sugars (15% of products in classes D, E),

4) cereal-based products. They include flours, cereals as they are and processed (eg pasta, bread, cakes). 47% of products qualify in NutriScore in classes A, B, C, 57% in D and E due to many sweets rich in sugar (reaching 50%) and saturated fats (20%),

5) dairy products. In this category, products in classes A, B, C are a minority (24%), since cheeses are often rich in saturated fatty acids and salt, especially if aged. However, there is no lack of proteins and vitamins (eg. vitamin D). These elements and the possible reduction of fats and salt have made it possible to obtain products with higher scores.

France - together with 7 other Member States (Belgium, Switzerland, Germany, Luxembourg, Spain and the Netherlands) - formed one governance transnational to facilitate the use of the Nutri-Score, through one steering committee it's one scientific committee. The goal is to implement standardized regulatory procedures for the use of the FOPNL (Front-of-Pack Nutrition Labeling) by manufacturers, with dedicated platforms and support systems. And work on possible algorithm improvements, with primary attention to consumer health. (5)

An call for request was launched against all stakeholders, summer 2021. More than 100 inquiries have been sent to the scientific committee, so as to be able to update the algorithm, also on the basis of the evidence provided by the most recent scientific literature, plausibly before the summer of 2022. And if necessary, update all food sector operators with a supporting document.

The Nutri-Score is a summary nutritional information system on the label front that can provide concrete help to consumers and have a favorable impact on public health.

Scientific evidence on his effectiveness and the evidence on the lobby dirty food producers should open the eyes of those who care for the common good.

# SDG3, to Ensure Health and Well-being

(5) AESAN. Activity report of the transnational governance of Nutri-Score. 7.3.22, https://www.aesan.gob.es/AECOSAN/docs/documentos/Nutri_Score/Report_2021_Steering_committee_VF2.pdf 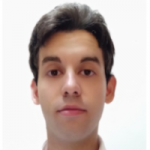