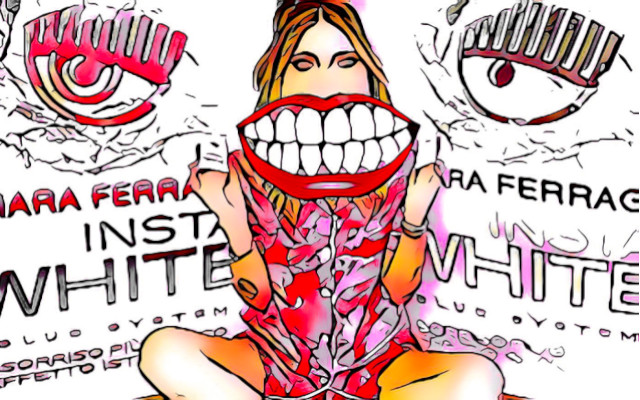 Daygum tires'special edition'with the Ferragni brand contain some disreputable additives. One of these promotes obesity, others are suspected of causing cancer. Too high a price to simulate white teeth by ruminating a bolus 'recommended' by a commercial phenomenon.

The list of additives in Ferragni Daygum Instant White Gums is disturbing.

The endocrine disruptor that promotes obesity

The BHT (Butylhydroxytoluene), also indicated in the ingredients list as E321, is a synthetic antioxidant. It is prohibited in organic products and is subject to an ADI (Acceptable Daily Intake) of 0,3 mg per kg of body weight. It is in fact considered an endocrine disruptor, that is to say a disruptor of hormones, in particular those that communicate the sense of satiety to the brain, thus favoring obesity, as indicated in a study published in Kind Communication (and after two years withdrawn, but only for errors in some images). (1)

Food exposure of the population at BHT occurs through the consumption of industrial foods (as in the case of the gums in question) and foods of animal origin. In non-organic farms, BHT is systematically added to feed. According to a recent EFSA opinion, 'consumer exposure to BHT from tissues and products of animals fed the additive ranged from 1% to 3% of the Acceptable Daily Intake (ADI)'. (2)

Sucrose esters of fatty acids (E 473) are problematic emulsifiers and stabilizers. According to EFSA, the use of these additives (E473 - E474) is so vast that the ADI of 40 mg / kgpc is exceeded. (3) The less serious contraindication is the laxative effect.

The two sweeteners synthetics - that we found even in non-alcoholic aperitifs - they are also indicated as responsible for further damage to health. Aspartame (E 951) is reported to be harmful to the microbiome and health of pregnant or lactating women, as well as their babies. (7) Acesufame k (E 950), combined with the low calorie diet, caused damage to cognitive memory in a study on guinea pigs. (8)

With teeth more or less truly white, there is little to smile about.

(1) Rajamani, U., Gross, AR, Ocampo, C. et al. RETRACTED ARTICLE: Endocrine disruptors induce perturbations in endoplasmic reticulum and mitochondria of human pluripotent stem cell derivatives. Nat Commun 8, 219 (2017). https://doi.org/10.1038/s41467-017-00254-8 The authors withdrew the study two years after publication explaining that 'during the assembly of the figure some images have been inappropriately processed in Figs. 3d, 4b and 6a of art. These data integrity issues undermine our full confidence in the integrity of the study and the authors therefore wish to retract the article'.