#SalviamoLeApi, civil society calls for a true ecological transition without pesticides in the EU 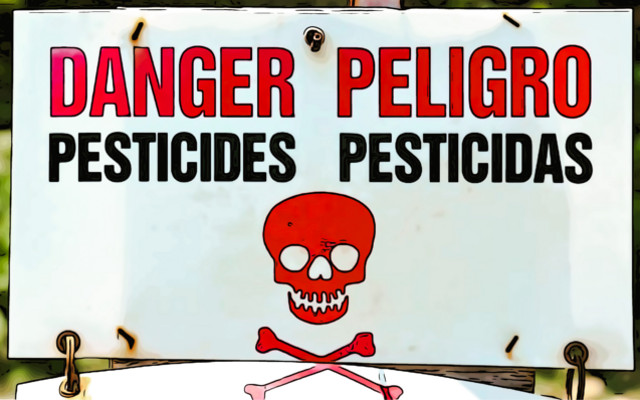 The coalition #SalviamoLeApi and the farmers - promoter of the homonymous European Citizens' Initiative (ICE), #savebeesandfarmers - appealed to governments and MEPs to call for a true ecological transition, without pesticides, in the EU.

The occasion is linked to the proposed reform of the cd Pesticides Regulation which the European Commission is preparing to present to the European Parliament and the Council. And the need to concretely reduce the use of pesticides, in the shortest time.

1,2 million signatures were collected thanks to 79 civil society organizations, including also Égalité onlus, in support of the European Citizens' Initiative 'Let's save bees and farmers'. With the aim of inducing the European Commission to adopt a proposal for an EU regulation that prescribes:

- effective measures for the recovery of biodiversity, the increase in the UAA (Utilized Agricultural Area) dedicated to organic farming, support for research on agroecology (without pesticides or GMOs),

- adequate support for farmers in the necessary transition to agroecology, according to the FAO recommendations (2019). With particular attention to small, diversified and sustainable farms. (1)

PAN (Pesticides Action Network) Europe coordinated the coalition #SalviamoLeApi and farmers (Save the Bees and the Farmers), in the last year, in some initiatives that help to understand the emergency in progress.

Domestic pollution. Analysis of dust in the bedrooms of 21 homes in rural areas of as many member countries revealed the constant presence of pesticide residues, with a dangerous coexistence average of 8 molecules and peaks of 23 active substances in Belgium. (2)

Toxic substances. The exposure of European consumers to 55 substances that are particularly harmful to health and the environment, of which reg. CE 1107/09 had prescribed the replacement, it has instead increased up to 50% in the last decade. As the analyzes conducted on fruit and vegetables show Made in EU (report #Forbiddenfruit.

The analysis by PAN Europe confirms that Member States - rather than fulfilling their obligation to ban the most dangerous pesticides - have consistently prioritized the interests of pesticide and seed monopolists (Big 4). In addition to the lobby of the great agricultural confederations, eg. Coldiretti, at their service. In a direction contrary to the recommendations of international agencies (UNEP, United Nation Environment Program 2020).

The campaign # BanToxic12 was launched in recent days to urge the immediate ban on 12 particularly toxic substances, among the 55 mentioned above. With requests from:

- independent review of the replacement rules in 2022,

Il network #SalviamoLeApi has also published an open letter - addressed to the Commission, the Parliament and the French Presidency of the Council - on the proposal for an EU regulation on agricultural statistics (Statistics on Agricultural Input and Output). (3)

The objectives to reduce the use of pesticides declared by the Commission e reaffirmed by the European Parliament in the EU strategy Farm to Fork they are in fact meaningless when not based on accurate and up-to-date data relating to the actual consumption of agrochemicals in the Member States and scientific evidence on the risks associated with their use. (4)

The reg. CE 1107/2009, cd Pesticides Regulation, should have reduced the use of pesticides, herbicides and fungicides, as well as the risks to public health and the environment that arise from them. The approval of the active substances had to be conditional on the verification of the absence of harmful effects on human health (including that of vulnerable groups), animal health and welfare, the environment and groundwater (Article 4.2). Also taking into account the cumulative and synergistic effects (effect cocktail).

The rules introduced by Pesticides Regulation, in fact, they remained on paper. The data show how European agriculture, beyond political proclamations and greenwashing, has remained anchored to unsustainable agronomic practices. Moreover, without the farmers having obtained any economic advantage. In fact, their dependence on agrochemical products has increased, the costs of which have increased to a far greater extent than the prices of agricultural commodities. Like this:

- the management of parasites in agriculture it remains mainly entrusted to pesticides, through the use of tanned seeds (i.e. covered with toxic substances) and multiple repeated spraying,

- consumption of pesticides have not decreased at all, like show their sales data,

- knowledge of EU farmers on non-chemical alternatives and preventive pest control methods did not increase significantly. (5)

The European Commission presents on 22.6.22 a proposal to reform the reg. CE 1107/09 which theoretically aims to reduce the use and risk of pesticides by 50% by 2030. However, this is not enough to stop the decline of biodiversity, already stigmatized by the European Court of Auditors (2020), nor water and soil pollution and damage to human health.

The proposal - in itself not very effective - it is also under attack by the lobby of pesticide and seed monopolists (Big 4). Who claim the need to produce more food, whatever it takes. Now even with the false rhetoric of the war in Ukraine, the impact of which on food security global is rather to refer to the speculations of Corporation ABCD (IPES, 2022).

Civil society which participates and adheres to the #SalviamoleApi coalition therefore asks the representatives of the European institutions and populations to tackle the reform in question with the necessary clarity to:

- introduce binding targets for a progressive but complete elimination of pesticides. Considering which indicators are the sales and frequency of application of agrochemicals,

- immediately ban highly dangerous pesticides and stop any derogation from their prohibitions,

- prohibit the import of agricultural and food products with pesticide residues not authorized in the EU, or higher than the maximum permitted levels, without exception,

- prevent theexport of pesticides prohibited in the EU (eg. paraquat).

Pesticides and other agrotoxicants are ubiquitous - even in areas where they are not applied, as seen - and irreversibly contaminate the soils, groundwater e surface ones.

'Let's build together a future where the use of pesticides becomes the exception and not the rule'.

Healthy soils and biodiversity are needed, capable of guaranteeing the resilience of production with respect to climate change, drought and the drying up of the land which in the Mediterranean increasingly tends to desertification. The ecological transition is not a gala dinner and small farmers, yours first protagonists, must be supported with adequate measures.

(4) Dario Dongo, Giulio Cortese. #SalviamoLeApi, an appeal by civil society on the reform of pesticides in the EU. GIFT (Great Italian Food Trade). one