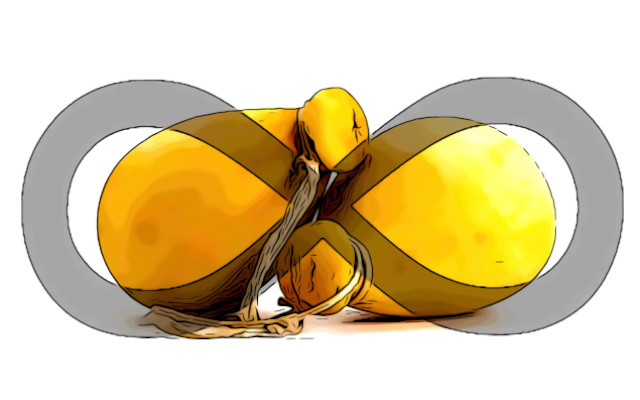 Provola dei Nebrodi PDO is one of the oldest cheeses in Sicily. It was born as a product of a typical mountain farm in the territorial area of ​​three provinces of the island: Enna, Catania and Messina.

Features of this stretched curd cow's milk cheese have been handed down orally, from generation to generation, since the early nineteenth century. Even historians have celebrated its typicality. The writings of the Priest Gaetano Salomone of 1870 and 1872 take on particular importance,The Theoretical Practical Manual of Agriculture and Pastoralism, adapted to the popular intelligence of the people of the district of Mistretta', which already at the end of the XNUMXth century described the traditional production systems of Provola dei Nebrodi. Processes still current.

Other historians have studied and reported on this extraordinary cheese. We remember Antonino Uccello in 'Bovari, Pecorai, Curatuli: Dairy culture in Sicily ' (1980) and Giuseppe Martorana in 'The Vistiamara'(1988). In their essays, the authors retrace the determining factors of the uniqueness of Provola dei Nebrodi DOC. Which reside both in the spontaneous and cultivated pabular essences of the territory of origin, and in the constant and loyal practices adopted by the dairyman in the cheese-making and maturing processes.

The type of breeding over the centuries it has always been based on herds of Modicana and Cinisaria cows. These breeds, both indigenous, have a triple aptitude and produce little milk but of the highest quality in dairy processing.

Power of herds varies throughout the year. The pasture, the hay, the essences of the undergrowth, the dry residues of the pastures and meadows have always allowed the animals to use different types of spontaneous forage essences in Nebroids. To these are added the minor cereals (broad beans, carob beans and other grain legumes with adequate protein intake), grown in the rest of the island.

During the harsh winters, cereals and forage were administered in a manner called 'sacchina'. That is to say by means of a jute sack tied loosely to the animal's head until the meal is completed.

Seasoning for up to one year

Among the island provola, the Nebrodi PDO is the only one with a prolonged seasoning of up to one year. Provola Ragusa, for example, is usually consumed as a first salt or at most with a maturation of no more than three months, after immersion in brine.

Seasoning unusually long was at first a necessary choice. Produced in mountain areas, provola dei Nebrodi was necessarily stored when adverse weather conditions prevented it from going downstream to sell to local markets. For the same reason the size of the wheels were increased up to 10 kg, in order to favor the maturation processes and protect the cheese, subjected to capping with olive oil, a technique also used in the production of other island cheeses such as caciocavallo Ragusano or ibleo.

Description of the product to be regulated

As stated in the specification, Provola dei Nebrodi PDO (registered in September 2020) is a stretched curd cow's milk cheese produced according to the following types: fresh, semi-matured, matured, puff pastry and green lemon. The weight ranges from 2 to 10 kg, with the exception of the fresh one, which varies from 1 to 2 kg.

The taste it is decidedly pleasant, sweet, delicate due to the fresh forms, as the maturation progresses the hint of spicy and savory is increasingly evident.

At Romeas it matures, it releases marked aromatic components. Notes of green-herbaceous, hay, butyric, mushrooms prevail, testifying to a strong link with the territory and the pabular essences.

The look it is defined as follows: smooth, thin, compact rind, free of pits and folds, of a cream color tending to straw yellow, which becomes more or less intense golden-yellow as it ages.

The paste it is soft for the Fresh type, from semi-hard to hard as the aging progresses, with an ivory-white color that becomes yellow-amber as the ripening progresses for the other types. At advanced maturation it can present the classic peeling, highlighting a lamellar structure, so much so that it is historically defined as the provola of the Nebrodi Sfoglia. Provola with Green Lemon, on the other hand, maintains a softer structure, albeit tending towards semi-hard as it ages due to the slow release of moisture from the lemon incorporated into the paste. A slight small hole is allowed.

The whole process production of the Nebrodi provola, from the selection of the milk to the maturation, is described as follows.

Cow's milk raw whole, from one or two milkings, must be coagulated at a temperature of 36 ° C, with an oscillation more or less not exceeding 2-3 ° C, exploiting the spontaneous development of the indigenous dairy microflora.

Coagulation of the milk takes place in the wooden vat by adding kid or lamb rennet paste. The quantity of rennet is 50-100 g per quintal of milk, dissolved in an aqueous solution of sodium chloride. The amount of solution used must be such as to entail a setting, coagulation and firming time of 45 to 60 minutes.

Rupture of the clot and syneresis

The rupture of the clot is done manually with a wooden wheel, 'roll', or other materials according to the uses and customs of local tradition, until the curd is reduced to the size of a grain of rice. During the breaking, hot water is added at a temperature of 75 ° C plus or minus 5 ° C, in the measure of 10-15 liters per hectolitre of milk.

After a short stop, 5-10 minutes, the dairyman, through rotary movements with the '"rotula', favors the precipitation, on the bottom of the wooden vat, of the curd and the emergence of the whey (lacciata). The whey is poured into the boiler.

The curd is subjected to scalding with the liquid resulting from the processing of the ricotta (scotta) or with water at a temperature not lower than 65-70 ° C. The operation takes place directly in the vat or on a flat surface that allows maximum bleeding.

After 3-4 hours, when the temperature of the sheet or the water used has dropped between 34 and 38 °, the curd is extracted manually, placed on a preferably wooden table, 'tavuliere', and covered with a linen or cotton cloth.

Maturation of the curd

The ripening of the curd takes place in the perishable table (tavuliere) through a natural acidification process lasting 16-24 hours, a period in which the curd continues to lose whey and slowly ferments to reach an adequate pH for spinning.

In this sentence, the curd is subjected to pressing with various weights according to the traditions of the cheesemaker.

Verified the right grade of natural fermentation (pH 5-5,4) for spinning, the cheesemaker cuts the curd into slices 5-10 cm wide and 2-3 cm thick. He places them in a low container, the 'piddiaturi, covered with boiling sheet or with hot water at 80-90 ° C. This is followed by a rest of 5-10 minutes, in the container covered with a linen or cotton cloth, (the duration depends on the ambient temperature). Through the use of a wooden spatula with an enlarged surface, 'manuvedda', the cheesemaker mixes the slices of curd with the scotta (or with water).

The dairyman check the right level of spinning, by hand and with the help of themanuvedda'. Thus begins the processing of the curd, in order to favor the fusion of the slices to obtain a homogeneous cheesy mass with a spherical shape (large ball).

The caseous sphere it is then cut into the desired size (proportional to the final weight of the single provolone) and placed in the bottom of thepiddiaturi'. The single piece is then worked manually, 'cuppatina', to form the provolone with the external surface free from stretch marks and welded to a pole. For the sealing (sealing) of the provolone, as well as for the eventual (according to local traditions) shaping of the provolone head, the cheesemakers use boiling whey. After closing, the cheesemaker dips the provolone in cold water and places it in the vat with the brine.

For the lemon verse, the cheesemaker incorporates a whole green lemon into the heart of the cheese paste, after blanching it in the boiling whey.

The salting in brine it lasts 12-24 hours per kg of cheese depending on the size of the wheels. In any case, there must not be a residual sodium content in the dry matter higher than 4%.

To the brine this is followed by immersion for 5-10 minutes in cold water. The provola are then hung around the neck, with a cord in natural fibers, in pairs'feathersastride a supporting pole and / or axis.

Duration seasoning depends on the weight of the provolone. The cool and breezy environments are related to the climatic conditions of the Nebrodi mountain areas. Long and fairly cold winters and mild and not sultry summers.

The rainfall oscillates from 500 to 1400 mm. Average annual temperatures are 12-14 ° C with considerable fluctuations between winter and summer, characterized by highs of 25-28 ° C and humidity at 60-90%. These excursions shape the structural and aromatic profile, giving the provolone a flavor marked. 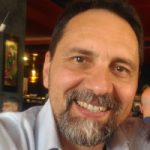 Senior veterinarian at SIAOA (Hygiene service for food of animal origin) at the ASP n ° 7 of Ragusa.

Rye, a superfood to (re) discover