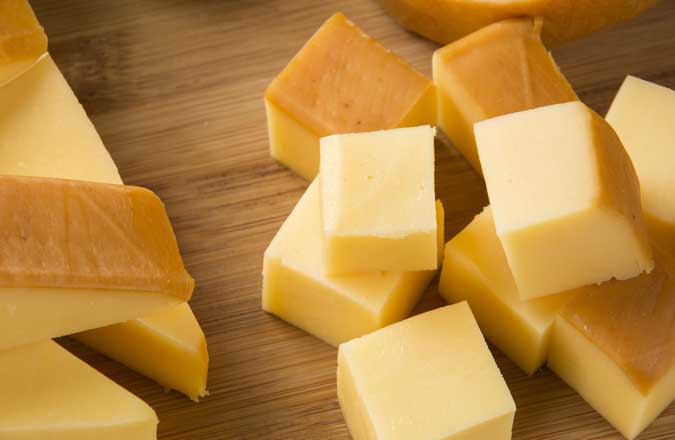 Provolone cheese has a curious history that unites the South and the North of the Peninsula. An uncommon feature of typical Italian cheeses, after the unification of Italy some southern shepherds were able to move freely towards the Po, attracted by the large number of farms. The dairy culture of Vesuvius thus merged with the tradition of the Po Valley, allowing a greater spread of stretched curd cheeses, such as Provolone, throughout the country. Today the production is mainly concentrated in the northern part.

There are two PDOs that testify to this exchange between different territories and traditions. Provolone Valpadana, produced between the provinces of Piacenza and that of Trento, in particular in the Lombard plain in an area between the provinces of Brescia, Mantua, Lodi and Cremona. Then there is the Provolone del Monaco, obtained since 1700 from the processing of the milk of a specific breed of cow, the Agerolese, in the Lattari Mountains, near Sorrento.

Provolone cheese has entered the everyday Italian language: a “provolone” is someone who “tries” with a girl, that is, he woos her and tries to seduce her, often just for fun. A Latin lover, but with lightness.

Scamorza, at the top of the typical Italian cheeses