Salina caper, or rather 'caper of the Aeolian Islands' DOP 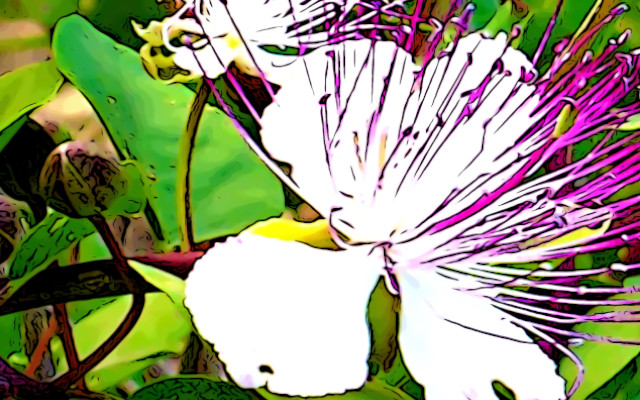 The caper of Salina enters the bed of the Protected Designations of Origin (PDO), with the name of Caper of the Aeolian Islands PDO. Not as significant, for fans of the caper best known to enthusiasts, but useful for creating job opportunities in other of the Lipari islands as well. In strict compliance with the production disciplinary.

The island of Salina - the greenest and the only one of the Aeolian islands suited to agriculture, in the plain of Malfa in particular - it is the first place in the world where capers, typically spontaneous plants, have ever been cultivated. Their care has been handed down for generations, in a history that is lost over time. And it has allowed the development of a native caper that actually stands out, already at a glance, from any other. For size and pulp, far superior to Pantelleria PGI capers and other homologues of spontaneous origin.

The name 'caper of the Aeolian Islands'is in turn reported in merchant correspondence since the beginning of the XNUMXth century. His loads, although modest in quantity, were in fact added to the generous shipments of Malvasia. The wine made from dried grapes on the reeds, also originally from Salina, highly appreciated in England.

The cultivation area is that of the administrative territory of the Municipality of Lipari including the Islands of Lipari, Vulcano, Filicudi, Alicudi, Panarea, Stromboli, and the Municipalities of Santa Marina Salina, Malfa and Leni on the Island of Salina, in the Province of Messina. (2)

The 'Caper of the Aeolian Islands' DOP designates:

- the capers, intended as flower buds, and

- the cucunci, intended as fruits of the

Products they must have the following characteristics:

- green color with a tendency to mustard and purple streaks,

- intense and pungent flavor. Characteristic, aromatic and strong odor, without inflections of mold or other odors,

Traceability and controls, packaging and labeling

The specification of production defines the prerequisites for traceability and controls in the following terms:

- registration of producers, packers and any intermediate operators in the lists managed by the control structure,

- annual notification to the inspection body by producers of the quantities produced,

The packaging can be realized:

- with sea salt, in packaging of various capacities and materials,

- in brine, in containers of various capacities and materials.

In both cases, of course, the containers must comply with European and Italian standards on materials and objects intended to come into contact with food (MOCA).

The labels they must bear the PDO logo Aeolian Islands caper, using the European symbol Protected Designation of Origin. In addition to the headquarters of the packaging plant, 'without using laudatory terms'. The name of the production island and the manufacturer can be added on an optional basis. (4)

Features of the caper of the Aeolian Islands are decisively influenced by the genesis and morphology of the islands, of volcanic origin, the composition of the soils and the microclimate. (5) The natural fertility of soils is encouraged by the abundance of minerals, in particular phosphorus and potassium among the macro elements, as well as iron, magnesium, calcium, manganese and molybdenum among the micro elements.

The human factor has in turn played a central role in the selection of this particular quality of caper.

The geographical isolation has conditioned the culture and the local agricultural tradition over the centuries, which has evolved in perfect autonomy from the traditions and cultivation practices commonly spread across the continent.

The hand of man has contributed to the selection of the unique and typical caper cultivars of the area. The continuous selection of the plants and the constant reproduction of the same by cuttings made it possible to establish the qualitative and quantitative genetic characteristics that today we find as a peculiarity of the Aeolian Caper, such as the particular color and resistance to handling.

The content of oleic acid, present in the "Capers of the Aeolian Islands" in a measure of no less than 6% is correlated to the intense and pungent flavor and to the remarkable oxidative stability. This value is also strictly connected to the genetic profile of the Aeolian indigenous cultivars (varietal influence) as well as to the particular pedoclimatic conditions.

The variety and quantity of volatile compounds characteristic of the "Capers of the Aeolian Islands" are linked not only to the genetic profile of the indigenous cultivars and to the pedoclimatic characteristics, but also to the human factor in the methods of harvesting, storing and processing capers (6) .

Cultivation it can take place in specialized or promiscuous cultivation, through plant propagation by cuttings, plant density <1.600 plants / ha, sapling or prostrate pruning. Harvesting, in a gradual way, must be done exclusively by hand from April to August. The flower buds (capers) and the fruits (cucunci) are collected when the minimum and maximum sizes indicated above are reached, they are placed in a bag (to vurza, in Aeolian dialect). (7)

The post-harvest phases salting and maturation, selection and packaging, must be carried out exclusively in the territories of the municipalities identified. In strict compliance with techniques and times that respond to experiences consolidated over the centuries to prevent degradation processes and preserve the organoleptic properties for a long time. (8)

The registration of the PDO

The application for registration was presented by the Association Caper of the Aeolian Islands PDO, legally established on 16.6.16 by a group of 67 operators representing the various islands of the Aeolian archipelago. The opposition of the producers of Salina, who boasted the exclusivity of tradition, was rejected due to tardiness. (9)

The EU regulation 2020/624 finally enters the Aeolian capers and cucunci in the PDO register, starting from 27.5.20. In the hope that the enhancement of these products can lead to the recovery of abandoned land, also useful for preventing hydrogeological instability, and promoting employment in agriculture in these beautiful but remote areas. The choice of organic farming, facilitated by the natural resilience of the plant, can add value to products and preserve ecosystems.

(5) The temperate climate, archipelago (average air temperatures max 30 ° C in summer, minimum 11 ° C in winter), latitude and geographical position, also subject to the influence of the sea which contributes to the general reduction of thermal excursions and increase in the degree of atmospheric humidity. With an intense phenomenon of 'hidden precipitations', which naturally provide an additional source of water to the vegetation

(8) The harvested products, both capers and cucunci, must be spread out on sheets to dry in a cool place. Within 24 hours of harvesting, the products are subjected to salting by treatment with coarse sea salt, alternating a layer of capers and / or cucunci with a layer of salt. The salted capers and / or cucunci must be stirred daily for the first 8 days. We then proceed with the draining of the vegetation water and the addition of fresh sea salt. After three weeks, the products must be stirred at least weekly and drained of any fermentation water. At the end of this phase, having reached the right maturation and the right organoleptic balance, capers and cucunci are selected in compliance with the established measures, then packaged in salt or brine. Alternatively, the cucunci alone, after harvesting, can be subjected to maturation in brine.

In view of the packaging in salt, an additional quantity of sea salt is added to the treated capers and / or cucunci (in order to stabilize them and allow for adequate conservation). We then proceed to further mixing, in order to form a homogeneous mass, insertion into suitable containers, weighing, labeling, sealing and placing on the market.

In the case of packaging in brine, the products are placed in suitable containers and weighed before adding the brine (aqueous solution of 25 kg of salt in 75 liters of water). The containers are then sealed, labeled and sent for consumption.

(9) The European Commission has declared inadmissible the request for opposition notified to it by the Municipalities of Malfa, Leni and Santa Maria Salina (pursuant to EU regulation 1151/2012, article 51, paragraphs 1 and 2). Natural or legal persons with a legitimate interest (and established or resident in the Member State of submission of the application) must in fact notify the opposition only in the context of the national opposition procedure, and not subsequently (pursuant to EU regulation 1151 / 12, Articles 49.3.1 and 51)

(10) Commission EU Reg. 2020/624 of 30.4.20, entering a name in the register of protected designations of origin and protected geographical indications [Caper of the Aeolian Islands (PDO)] 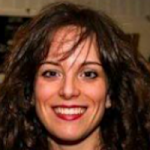 France, Camembert de Normandie AOP. The Council of State rejects the evocations of the PDO

Chile, US consortium tries to register the Parmesan, Asiago and Mortadella Bologna brands