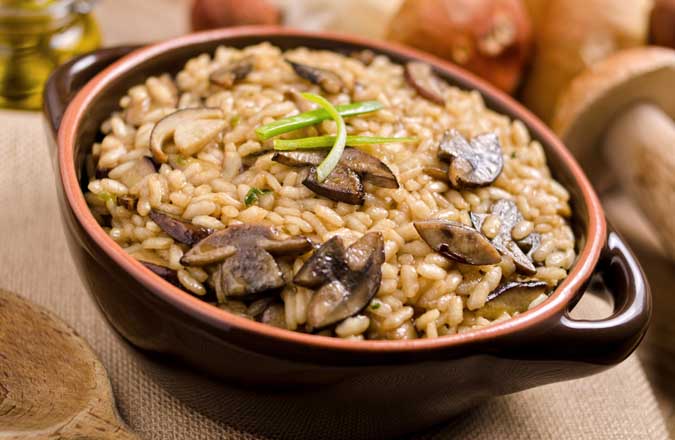 Carnaroli, we present rice to its excellence

Carnaroli, the variety of rice to which traditional risottos and preparations bow, among the different types of rice produced in the peninsula is certainly one of the most loved and sought after in the Italian cookbook.

Called "Prince"Carnaroli (or"re“), Due to the majestic appearance of its plant, strong and difficult to cultivate and the undoubted qualities of the grains, this type of Italian rice was born in 1945, from the marriage of Vialone and Lencino. From the latter Carnaroli inherits the large shape of the grain, while from the former it takes the ability to keep cooking, thanks to the high presence of amylose. Its low stickiness makes it excellent even in desserts.

Despite its peculiar qualities, which raise it above all other albeit excellent types of rice, Carnaroli risked extinction during the 70s, due to the difficulties presented by its cultivation. At the beginning of the 80s, the Risi National Authority owned just 500 kg of pure Carnaroli seeds. In 1982, 418 hectares were cultivated with Carnaroli, compared to 36000 for Balilla and 20000 for Arborio. Technology came to support the princely Carnaroli, making harvesting easier and already in 2005 there was a rebirth, with 9500 hectares of production.