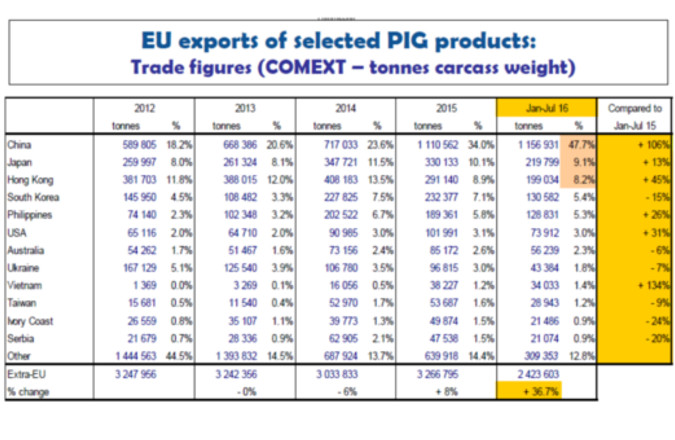 Theexport di Italian pork in China. Thanks to the agreement reached between the authorities of the two countries, the embargo decided by Beijing in 1999 ends, following the spread of an infectious disease in pig farms in northern Italy, where 80% of national production is obtained.

China is an important market for pork: it consumes almost half of world production (48% of European exports) and in the first half of 2016 it recorded an increase in demand to over one million tons, double the 2015, for a value of € 1,7 billion.

"The opening of China to our exports of pork, fats and offal, although limited only to the Northern Macroregion, represents a great opportunity, and could already generate an export turnover of € 50 million in the initial phase, allowing our country to recover important positions with respect to the main European competitors ”, comments Assica.

The new outlet for made in Italy in China is joined by the agreements on olive oil and citrus fruits and the "10 + 10" project, which concluded the registration of ten Chinese Geographical Indications in Europe and the same number of European Igs in China , including Grana Padano and Parma Ham.

Jams, many types of goodies