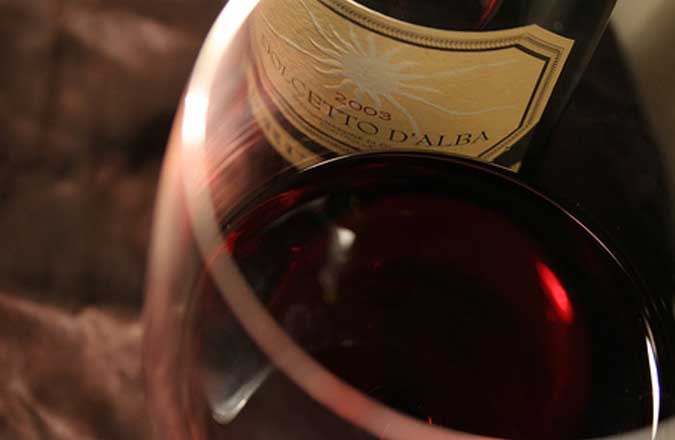 Dolcetto wine, the red from Alba

Il Dolcetto wine it originates from one of the most typical Piedmontese native black grape varieties. The wine known as red d'Alba it is the symbol of the Langhe. It is already mentioned in 1593 in a document drawn up by the municipality of Dogliani, in which growers were invited not to waste the grapes by harvesting them before they were fully ripe.

Dolcetto wine represented for the local people a bargaining chip with the nearby region of Liguria, where oil, salt and anchovies came from, all fundamental ingredients for one of the most popular dishes in Lower Piedmont: Bagna Cauda.

The first recognition was in 1972, the year in which the DOC, the Controlled Designation of Origin, was assigned to Dolcetto di Ovada. Today it boasts a good reputation, especially the result of the decade 1970-80, when the cultivation of this great variety increased considerably. Since then, vineyards and production have expanded further. It is a wine suitable for any meal, but it goes very well especially with poultry, roasted white meats, raw meat salads. It should be served at 16-18 ° three years after the harvest, in a large 'balloon' glass.