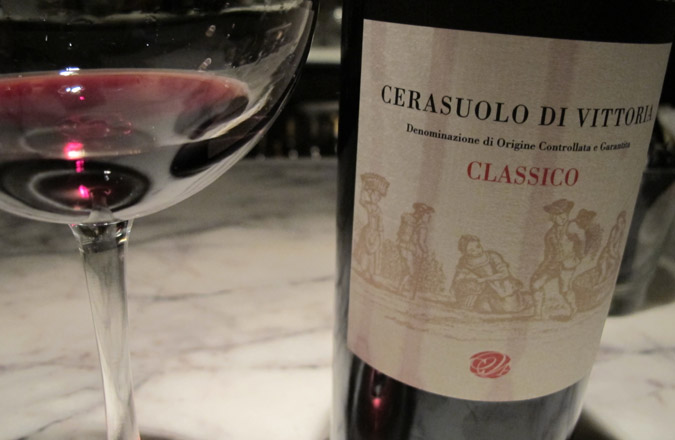 Il Cerasuolo di Vittoria, Red wine of Sicily, has very ancient origins, which date back to 1607, the year of the foundation of the city from which its name derives. According to the chronicles, the founder of the Sicilian village, Vittoria Colonna Henriquez, gave the first settlers a hectare of arable land, provided it was dedicated to the vineyard.

Characterized by a production limited to modest quantities for many years, Cerasuolo is a DOCG recognized since 2005 and in more recent times it has increased its volumes to prove to be one of the most important treasures of Sicilian enology. The vines that make up the blend only Nero d'Avola, used to give structure and personality, and frappato, typical of the area and capable of transferring fruity aromas. The refinement must be no less than 3 months, which become 8 in the case of the Classico.

It has a color reminiscent of cherries, cerase in the southern dialect, and has aromas of black cherry, cinnamon, cocoa and licorice, which are accompanied by a warm and soft taste. It goes well with local cuisine: caponata, aged cheeses, grilled lamb.