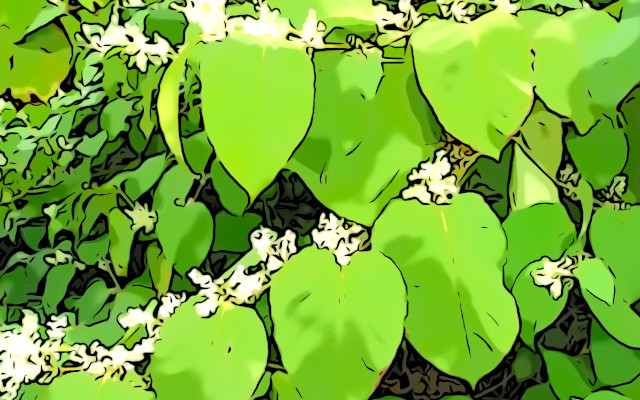 Polyphenols - and more generally, phenolic compounds of plant origin - have proved to be precious resources for human health in recent years. Following is a brief scientific review on resveratrol, also in its form tranny.

I plant phenolic compounds - naturally contained in fruit, vegetables and other plants - have been the subject of numerous scientific studies (Parisi 2019-2020). The antioxidant action of several high molecular weight compounds, among the approximately 5000 identified so far, has revealed in particular:

- health properties antimicrobial, antifungal and anti-inflammatory of various kinds. With significant specific benefits, among other things, for the immune system e cognitive functions. A diet rich in polyphenol sources is also associated with a drastic one reduction of premature mortality,

- technological properties promising, as regards in particular the conservation and microbiological safety of food. With particular regard to applications on food products of animal origin, which have already allowed the reduction or elimination of nitrites and nitrates in meat products.

Levels of concentration of these substances in food are however not sufficient, in many cases, to perform the functions indicated. Extraction processes are therefore required in view of specific uses, in nutraceuticals and food technology (Laganà et al. 2020; Parisi and Dongo 2020).

Il tranny-resveratrol, in the vast class of phenolic compounds of plant origin, is of particular interest for the correlations between its contribution and long-term beneficial effects on cognitive, cerebrovascular and cardiometabolic functions in different subjects, including postmenopausal women (Bavaresco et al. 2008; Russo 2011, Zaw et al. 2020).

It is a compound chemical belonging to the class of stilbenes, often cited in relation to the plant species Vitis vinifera L. (the vine dedicated to the production of wine grapes). In fact, resveratrol is also well present in Vitaceae in general and more broad-spectrum in 12 families of the plant kingdom. The concentration of tranny-resveratrol in herbaceous organs and in grapes is indeed closely linked to its biosynthesis for reasons of defense against fungal attacks of various kinds (presence).

The most resistant plant species diseases produce resveratrol in large quantities. The plant organisms more sensitive to fungal attacks, on the other hand, synthesize minimal quantities (Bavaresco et al. 2008, Haddad et al. 2020). The trannyResveratrol is not the only stilbene found in plants. It however - of all similar compounds, including its dimer (ε-viniferine) - is one of the few on which a precise role in human nutrition has so far been demonstrated, from a health prevention perspective.

Its presence in the vine, by the way, it is not limited to grapes. Resveratrol is in fact also found in the bark, probably as it is involved - at least in part - in the defense mechanisms of wood from decomposition (Bavaresco et al. 2008).

The contribution of tranny-resveratrol in human nutrition it was initially identified through wine. The compound is in fact found as an extraction residue from grape skins during normal alcoholic fermentation. And the malolactic fermentation that continues in the musts is responsible for its subsequent increase over time (Bavaresco et al. 2008).

Some medicaments traditional in use in the Far East based on dried root powders of Polygonum cuspidatum (Japanese knotweed) have also been recognized as capable of mitigating arteriosclerosis and various inflammations, thanks to the high concentration of tranny-resveratrol. And it is therefore that in recent decades the root of Polygonum cuspidatum Siebold & Zucch. (on the cover) has been widely used in the production of food supplements (1,2).

From the 'French paradox' to the Mediterranean diet

Studies on the so-called 'French paradox' - about a possible direct relationship between the regular consumption of moderate quantities of red wine (Bordeaux) and the reduced incidence of coronary heart disease, linked to the control of HDL cholesterol (so-called bad cholesterol) in the blood - raise awareness of the existence and health benefits associated with resveratrol.

Concentration however, resveratrol in wines is very variable, from 0,3 mg / liter in Emilian Lambrusco to 11,9 mg / l in Nero d'Avola (Bavaresco et al. 2008). The consumption of alcoholic beverages on the other hand, as seen, is associated with general and specific adverse effects on human health. The protective action of the tranny-resveratrol, also in synergy with other polyphenols, should therefore rather be included in the various food sources that are rich in them and characterize the Mediterranean diet (Laganà et al. 2020).

Other health properties ascribed to tranny-resveratrol concern a certain efficacy in subjects with cancer (chemo-protective treatments), Alzheimer's disease, as well as a recognized role of regulator of the immune response, of particular relevance in the Covid-19 era. In this regard, for further information, the first ebook (People) of our trilogy 'Covid-19, the ABC', its https://www.greatitalianfoodtrade.it/covid-19-abc-volume-i-persone_1

This compound it can therefore prove to be of help in studies relating to the mitigation of cardiovascular and cognitive disorders. Especially in older people, the prevalence of which is continuously increasing in the Western world. As well as to offer an additional immune line of defense against viruses of various origins. 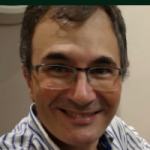 He has been dealing with chemistry and food, packaging and quality for over 20 years. 'Visiting Assistant Professor' at Al-Balqa Applied University (Jordan), as well as 'Expert Review Panelist' in the working groups of AOAC International (USA) and 'Series Editor' for the series 'SpringerBriefs in Molecular Science: Chemistry of Foods' 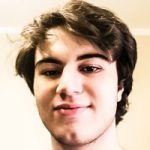 Student in Chemical and Biochemical Engineering at the University of Palermo, member of AOAC International, passionate about research on food chemistry.

Nutrition for athletes, the basics of health