Origin of all meats at the restaurant, the French lesson 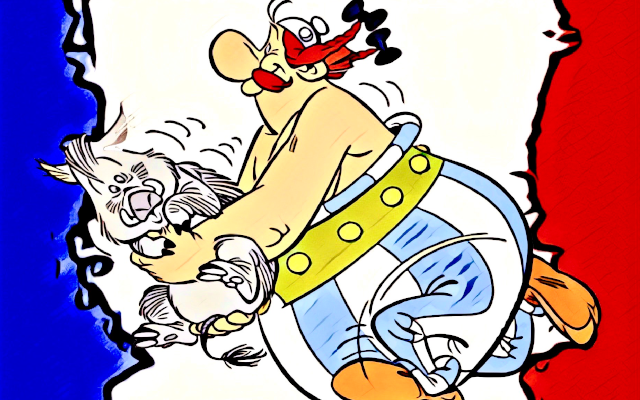 Being able to know the origin of the meats served at the restaurant is a sacrosanct right for consumers. In France this right was already recognized in 2002 with regard to beef. It is now also extended to swine, sheep and poultry.

The French lesson to Italian politicians'lots of smoke, no roast', following.

France, 2002. Origin of beef at the restaurant

Already in the 2002 the French government had introduced the duty, in public catering establishments, to inform the public about the origin of beef. (1) To respond to the shared interest of consumers, breeders and producers across the Alps. Choosing our local products is simply logical because it means guaranteeing, with your daily gestures:

- a fair income to farmers, who are the first custodians of rural areas,

- occupation and induced, GDP and SEN (equitable and sustainable well-being).

This is the condition to promote the sustainability of production, in the direction of agroecology. The organic revolution can really save Europe, as shown by the eloquent study - not surprisingly, French - by IDDRI (Institut pour le Développement Durable et les Relations Internationales).

Otherwise, as has happened in Italy in recent years, the 'price drug' induces restaurants to buy what is cheaper. Preferring the meats that cost less, even if they come from grazed animals on Brazilian forests o Argentina devastated just to provide commodities foods such as meats themselves and GMO soybeans.

France, 2019. Origin to the restaurant extended to all meats

On 18.11.19 France notified Brussels of a new draft legislation on the origin of restaurant meats. (2) The draft decree - drawn up by Directorate General for Competition, Consumer Affairs and Fraud Prevention (DGCCRF) - modifies the 2002 decree. With the aim of extending the labeling obligation in catering establishments to pork, sheep and poultry.

The restaurateurs they are therefore obliged to communicate to their customers the information relating to the country / s of breeding and slaughtering of pigs, sheep and poultry from which the meat served is derived. Referring therefore to the information already provided as mandatory on the label - also in relation to the meat of the aforementioned animals - thanks to Regulation (EU) 1337/2013. (3)

An indispensable measure to protect French consumers, but also to protect the poultry and pork supply chains. All the more necessary after the European Commission - in the insane treaty with the Mercosur countries - granted the importation of 160 tons of poultry meat (in addition to 90 tons of beef) under the regime duty-free.

Origin of meat in restaurants, EU rules and regulatory gaps

The European legislator has reserved for competing national legislation the regulation of the information to be provided to consumers on:

Member States they can therefore safeguard consumers and production chains by introducing specific regulations, valid in their respective territories, which prescribe the obligation to indicate the origin of the meat served by the communities. The Consorzio Italia Zootecnia has indeed already forwarded and solicited this proposal to the three ministers who have succeeded one another in agricultural policies in recent years. (4)

The most serious gaps in the applicable European legislation are still represented by the exclusion from the enhanced traceability and mandatory labeling regime of:

- horse meat, quail and game. (5) This is particularly serious for horse meat, which can thus also be imported from the USA - with all the dangers associated with the use of highly prohibited drugs in Europe - without consumers having even the faintest idea,

- preparations and products meat based. The European legislator always favors the interests of Big Food than those of consumers. So just add aromas or spices and salt to the meat from overseas to hide its origin and provenance.

New horizons in the EU and in Italy

#EatORIGINal is the brilliant initiative of 1,1 million European citizens. Which obliges the European Commission to adopt a proposal for a regulation that requires - on the labels of all foods placed on the internal market - the indication of:

- origin of the product. Namely the 'Made in ...', the country where the food has undergone their last substantial and economically significant transformation,

- origin and / or provenance of the ingredients main. Necessary to distinguish what comes from a short supply chain from the fruits of mercantilism.

In Italy, 'lots of smoke no roast'. In spite of a series of decrees that are worth waste paper - in that not notified in Brussels - nothing useful was done. No origin of the meats nor citrus fruits and fruit and vegetables in public establishments, to mention a couple of opportunities for relaunching national supply chains.

Talk about it and the deus ex-machina of Coldiretti is finalizing the text of a decree aimed at introducing on the label the origin of the meat used as an ingredient in other products. We hope that at least he also remembers the restaurant menus, and above all the necessary notification to Brussels. Since - beyond following his orders - Italian politics of every color is incapable of expressing any initiative.

In France meanwhile, it is the GDO itself that promotes precious and simple information on the share of local ingredients in processed foods, thanks to the 'Franco-score' logo which specifies the percentage.

(3) See reg. EU 1337/13, 'which establishes the methods of application of Regulation (EU) no. 1169/2011 of the European Parliament and of the Council as regards the indication of the country of origin or place of provenance of fresh, chilled or frozen pork, sheep, goat and poultry animals'

(4) Maurizio Martina, Gian Marco Centinaio, Teresa Bellanova are the names of the stone guests. The Consortium has proposed to them a simple but effective regulatory scheme, drawn up by the writer as a friendship and support of the cause, without however receiving any concrete feedback. See the previous article Beef origin in the restaurant, the scheme of the decree law of the Consortium L'Italia Zootecnica. Detailed analysis