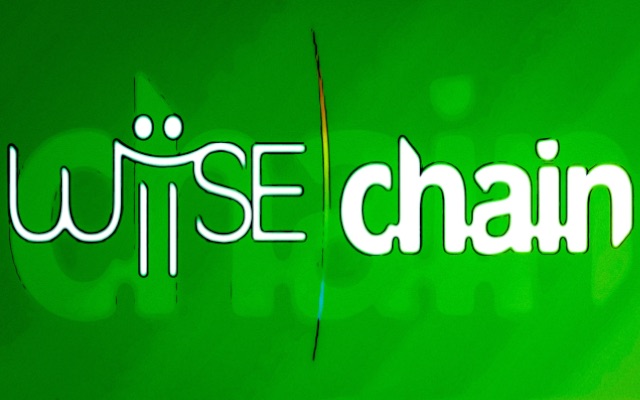 Implement an authentic system of blockchain public adds value to the entire supply chain, by recording incorruptible data that are 'digitally notarized' and cannot be modified without leaving a trace of the intervention. The innovative startup Wiise Chain Srl, a benefit company, introduces this system to the market, created with another innovative Italian startup, at competitive costs. Columbus's egg is sustainable and tracked!

Blockchain public in the agri-food chain, field of application and strategies

La blockchain public, as we have seen, it is a distributed ledger, since the information is recorded and duplicated on all the nodes participating in the network and is shared with the technology peer-to-peer. Records of each transaction are kept forever and are immutable. (1)

The data to be recorded they can vary considerably, taking into account the characteristics of the supply chains and processes, as well as the sectors involved in the system. But above all of the strategic objectives, which in a basic configuration are used to ensure full compliance with the legal requirements (traceability of products by registering incoming and outgoing goods). From this starting point, the system can be developed, collecting data relating to the so-called internal traceability (material flows and processes within the individual organization) and to the supply chains, upstream and downstream.

An evolved system di blockchain public can record all the activities carried out by each operator in the entire context of the agri-food chain, 'from seed to fork' is 'from farm to fork'. Starting from the genetics and origin of seeds, soil and water analyzes, veterinary records and animal welfare. Up to the identification of the individual production batches, the analyzes on the products themselves and the verification of conformity of their labels. Maybe even logistics, final distribution and shelf rotations.

In an ideal configuration the system blockchain it can reflect and validate the virtuous efforts of those companies and supply chains that are committed to the various fronts of sustainability. Demonstrating effective Respect for ecosystems, communities and workers. The application of sustainable procurement criteria it can be certified in advance gap-analysis, correction and identification of KPIs (key performance indicators). Some examples in the geo-localization of cultivated areas, the minimum value of the hourly wage, data related to LCA (Life Cycle Assessment) and circular economy, .. (2)

'sustainable procurement [is the] procurement that has the most positive environmental, social & economic impacts possible over the entire life cycle'(ISO 20400).

The access level the various information can be graded, in relation to the needs of the various categories of users. Within the individual organization, the supply chain and the community of stakeholder (social partners concerned). Consumers, for example, can appreciate the easy availability of a range of basic, clear and understandable news. THE buyer and the quality offices of the large-scale distribution can keep the supplier qualification procedures updated thanks to the availability of certification reports, analyzes, declarations of conformity and labels. In turn, the control authorities can optimize inspection activities by verifying HACCP and related records online, including those relating to traceability. And so on, without the need to 'expose in the streets' news that may be sensitive from a commercial and competitive point of view, or industrial secrets.

Blockchain publishes the added value in the agri-food chain

The consumer who receives news on the social and ecological needs relating to each production sector demonstrates that he is able to recognize and reward the value of fair and sustainable supply chains. In Italy - like the example of Cash Mob ethics has recently demonstrated - but also internationally. The trinomial 'People - Planet - Prosperity' guide your purchasing choices Millennials and motivates bottom-up pressure towards ethical consumer choices. Sometimes even radicals, such as the elimination of palm oil and GMO soy that is being proposed in the campaign buycott.

Confidence and the global ecommerce giants are not yet able to offer consumers are therefore the critical point on which the competitiveness of healthy supply chains, based on territories and close to consumers, can be played. In the physical presence and in the mutualistic culture. There blockchain public can therefore build trust in the Made in Italy and in retail physical, not only on the authenticity of the products but above all on the integrity of the supply chain. And it really is integrity - as well as ethics - to inevitably lack the models of business of the predatory giants of planetary ecommerce.

Official public controls they can also be optimized, thanks to a complete traceability of processes through a system of blockchain public. The new 'official controls' regulation (EU regulation 2017/625) has indeed strengthened the criterion of rating of operators. On the basis of which control activities can be planned and focused. And the security of data incorruptibility that is intrinsic in the technology of blockchain public (not even in its imitations) can favor the reduction of the frequency and intensity of controls, allowing the focus on critical points. Thanks to the registration of self-control procedures (eg GAP, GMP, GHC and HACCP), manuals and implementation. (3)

Wiise Chain, the blockchain publishes 100% Made in Italy

Wiise Chain is the innovative startup set up by the writers. To make the crasis between Wiise Srl benefit company - which carries out GIFT projects (Great Italian Food Trade) is DO - And ChainForFood. In an ecosystem where it is also present the Onlus Egalitè and it is open to all who share our goals. Create value in the supply chain, promoting the contribution to social values by its protagonists. (4)

The system di blockchain public developed by Wiise Chain is based on the Bitcoin protocol. (see next paragraph). Perhaps the only system to have resisted, in the last decade, the various 'hacking' attempts that characterize the web network. The egg of Columbus, in the humble perspective of the writer, is represented by the idea of ​​interoperability with the registration systems already in use by individual operators. Which, it should be noted, already record most of the information required to implement an advanced system of blockchain public.

It comes thereforesimply, to design an IT architecture that allows the complex of collected data to be put into communication and merged into a single system. By linking - depending on the complexity of the organizations - the simple PDF and Excel files with the different ERP systems (eg AS 400, SAP, etc.). Without the need to build new and expensive 'computer cathedrals', so as to reduce marginal costs as well. Based on a model suited to shared strategies, on which 360-degree advice is also offered. Taking into account the needs of individuals and the opportunities offered by the various markets - national, European and international, offline and online - in relation to traced, ethical and sustainable supply chains. Making use of international standards (applicable to supply chains, eg ISO standards, and to data transfer, eg GS1), as well as the mandatory rules in the various territorial contexts. (5)

An ecommerce platform Multilingual B2B, soon to be installed on Great Italian Food Trade, will then be made available to the actors and sustainable supply chains who decide to implement the blockchain public proposed by Wiise Chain. Applying strictly fair business practices and competitive costs, also accessible to SMEs and micro-enterprises. In what aims primarily to become an international showcase for virtuous operators, the protagonists of Made in Italy to which each of us has dedicated a quarter of a century of personal and professional commitments with dedication.

The Bitcoin protocol is the technical solution adopted by Wiise Chain. This term is often confused with that of 'bitcoin', the famous cryptocurrency. It is not our ambition to go into detail on the respective technologies. Rather share some basics:

- the bitcoin cryptocurrency (BTC) is a distributed 'digital currency' and peer-to-peer (P2P),

- the Bitcoin protocol governs the rules underlying the network economic digital BTC, guaranteeing the incorruptibility (at least, until today) of its system,

- the source code of this protocol, and the respective software (running on a myriad of computers located in the 5 continents) - is in turn referred to as Bitcoin.

The term Bitcoin it can therefore be used to indicate the entire ecosystem, which includes all the features mentioned above. Using Bitcoin 'technology' therefore means using a formidable reliability system, regardless of the use of cryptocurrency. The technology behind Bitcoin is in fact designed to preserve the integrity of data, whose alteration presupposes the ability to 'undo' the entire structure, register by register, on all servers and computers that join the network. A practically impossible operation, at the state of the art, with the computational capabilities now available.

A decisive element in the security of our system it is in fact constituted by the distribution of data on a myriad of nodes located in every part of the world. Each of them - regardless of the level of access to the various 'circles' of information, which is defined by categories of users and is also incorruptible - has a copy of all the data contained in the blockchain. Each individual operator can therefore download the entire data chain onto his PC (even without being able to access the related news in their entirety).

The Bitcoin protocol it is governed by a so-called 'consent algorithm', called Proof of Work. Undoing tens, hundreds or thousands of copies of the same data at once is far more difficult than doing it once, and today there is not enough computing power to succeed in this feat. Bitcoin as a distributed system is also much more resistant to errors and cyber attacks and above all it does not have centralized governance like the systems that are still often fraudulently presented as 'blockchains'.

(1) The international reference standard is ISO 22005: 2007 (Traceability in the feed and food chain - general principles and basic requirements for system design and implementation), subject to review and confirmation in 2016. According to the ISO logic, each organization can define the scope of its own traceability system. From the minimum level of supplies and deliveries of a single operator (where possible, integrated with the so-called internal traceability) to the widest extent, from seeds and / or feed to the table

(3) EU Reg. 2017/625, on official controls and other official activities carried out to ensure the application of legislation on food and feed, rules on animal health and welfare, plant health and plant protection products. v. https://www.greatitalianfoodtrade.it/salute/sicurezza-alimentare-abc-responsabilità-operatori

(4) The precious text Mariana Mazzuccato is referred to in this regard, The value of everything. Who produces it and who takes it away from the global economy (Laterza, Rome-Bari, 2018). Original title The Value of Everything: Making and Taking in the Global Economy 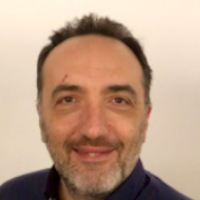