Nitrites and nitrates in cured meats. Market study and analysis 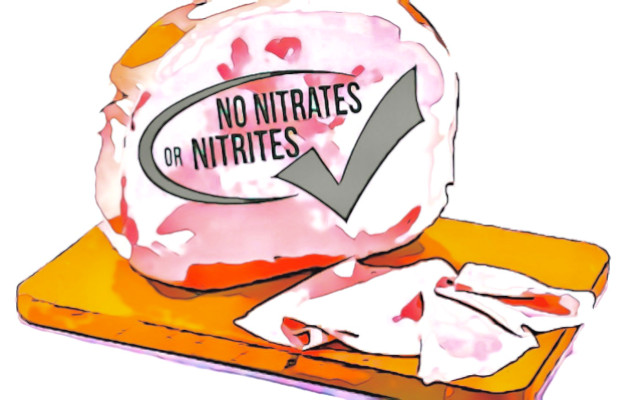 Nitrites and nitrates in cured meats and other processed meats are associated with a higher incidence of cancer in their consumers. A new French study, published in the International Journal of Epidemiology, offers new data on the subject. (1)

An in-depth analysis with a brief market analysis on raw and cooked hams without preservatives in Italy.

Nitrites and nitrates, the French study

The French researchers evaluated the relationship between the risk of cancer and exposure to nitrites and nitrates present in meat products, cured meats (yes, you can learn it), i.e. potassium nitrite (E249), sodium nitrite (E250), sodium nitrate (E251), potassium nitrate (E252). In addition, in various forms, in drinking water (therefore subject to the 'nitrates directive') and in some plants (eg vegetables and others derived from plants). (2)

Participants for the study were selected from the cohort of the large French epidemiological study NutriNet-Santé, which recorded the food consumption of 6,7 adults for 101.056 years. The intake of nitrite and nitrate preservatives were calculated by analyzing the food consumption of the participants, who every 6 months update their profile by reporting the consumption of three days (two working days and a holiday), with details on the brand of packaged foods and a photograph of the portion.

Observation showed a correlation between exposure to nitrites and nitrates in the form of food additives and the increased risk of cancer, for a total of 3.311 diagnosed cases,

- to the prostate (more marked for sodium nitrite, E250).

The evidence confirms what emerged in various previous studies. Instead, it differs from it due to the absence of a correlation with colorectal cancers.

Natural sources of nitrites and nitrates, no risk of cancer

An interesting fact is that among the participants in the French study, most of the nitrites and nitrates are taken from plants. Yet, the incidence of cancer is related only to the consumption of cured meats and processed meats with nitrite and nitrate preservatives, more marked in males, the young, the less educated, the sedentary.

The incongruity according to the researchers it is explained by the antioxidant nature of the plants, which are therefore able to 'neutralize' the potential carcinogenicity of nitrites and nitrates. (3) Hypothesis that adds to further ongoing research.

France, the battle of cured meat producers against Yuka

In France the debate on the danger of nitrites and nitrates added in cured meats is very heated. A year ago, the French association of charcuterie producers (Fédération des entreprises françaises de charcuterie-traiteur - FICT) even has sued for defamation the Yuka app, for having promoted a petition against these preservatives together with the League against cancer and FoodWatch.

The French Parliament was interested in the affair but all his decisions were suspended pending a scientific opinion from Anses (National Agency for Food, Environmental and Occupational Health Safety). With a view to defining a roadmap for the cured meats industries to proceed with the gradual elimination of nitrates and nitrites from meat products. (4)

The situation and innovation in Italy

In Italy the debate around the feared preservatives added to cured meats is suspended. The uproar aroused by the opinion of the International Cancer Agency (IARC) in 2015 was resolved with the invitation to moderate the consumption of cured meats that contain it.

Industry and large-scale distribution in Italy, however, they have been able to intercept consumers' expectations by carrying out research and development on functional ingredients of vegetable origin that are equally useful for protecting processed meats from the risk of proliferation of dangerous pathogens (eg botulinum).

Italy has always been at the forefront in the production of raw ham without nitrates. PDO hams are always free of these preservatives, to regulate. And even outside the PDOs, raw hams without nitrites and nitrates are available among the industrial brands, the private-label (excluding Esselunga) and discount, as the table shows. 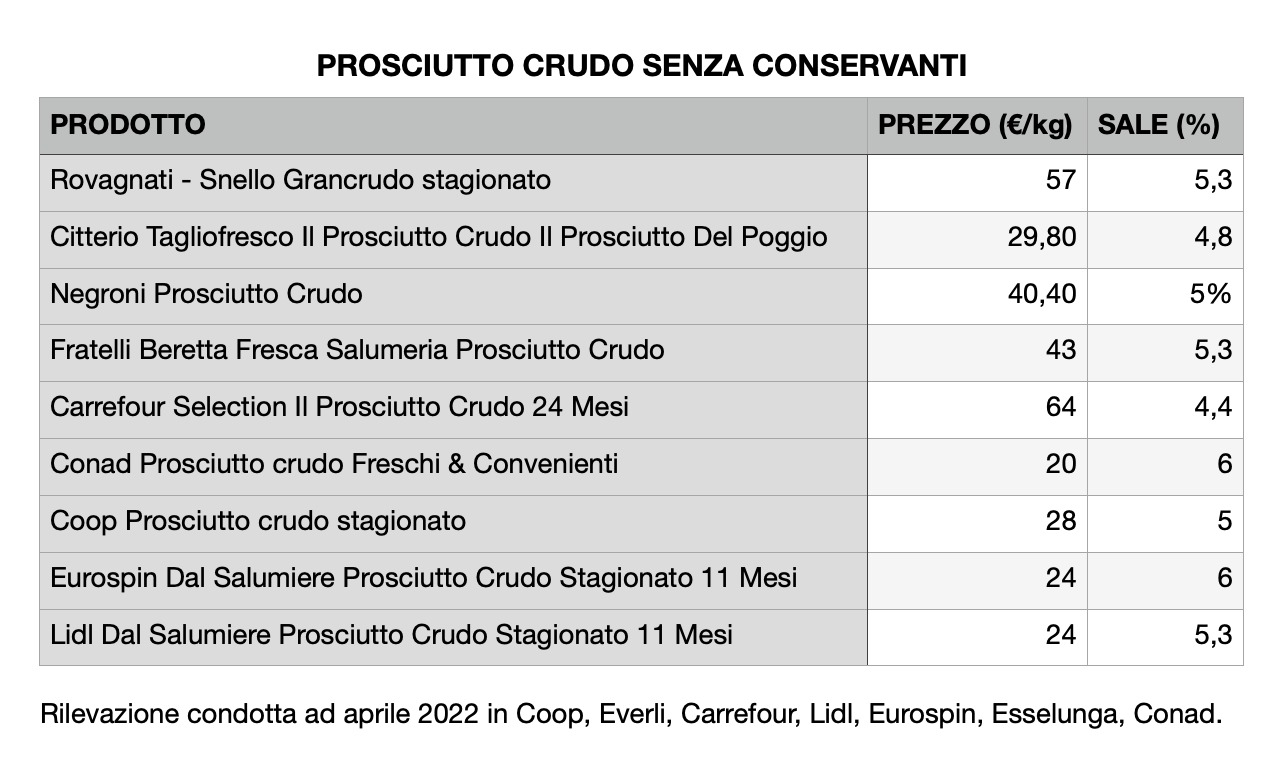 The cooked hams without nitrites, on the other hand, they are almost impossible to find in Italian supermarkets. With the only virtuous exception of a great operator, Rovagnati, limited to the 'Snello' line. More can be done for healthy and sustainable innovation with only natural ingredients, no preservatives and no antibiotics (5,6).

(2) The European Parliament has recently suggested a dangerous derogation from the Nitrates Directive, in its resolution 24.3.22 on food security associated with the Ukrainian conflict. See paragraph 3.2 in the previous article https://www.greatitalianfoodtrade.it/idee/food-security-tesi-e-antitesi-del-parlamento-europeo