Imagindairy, the 'milk' from cellular agriculture 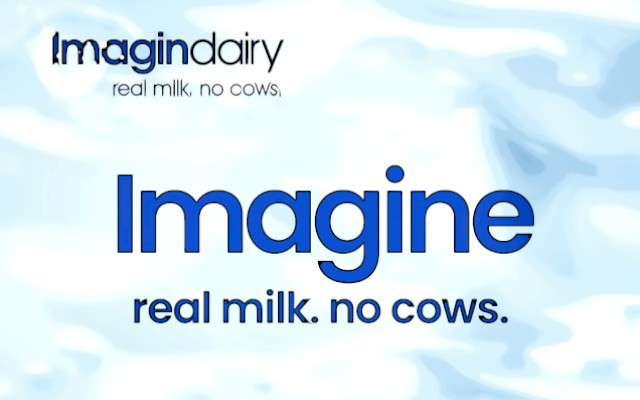 La startup Israeli Imagindairy quickly raised $ 13 million in investment to start production of Alt Milk, an alternative to milk, through cellular agriculture starting from fungi and other microorganisms.

The integration of artificial intelligence with biological systems has allowed the Tel Aviv researchers to best express the potential of precision fermentation, with unimaginable results. The future is present, in 2023 on the shelf.

Imagine… real milk, no cows. The message is radical, a real milk without cows or animal cells. And so without pathogens, antibiotics or hormones - as opposed to the North American animal husbandry model (which absorbs 70% of the total consumption of antimicrobials) - as well as lactose-free. In compliance with bioethics, animal welfare and religious canons on animal derived products.

'Our Solution. Tasty, healthy and nutritious dairy products that are environmentally friendly and care for animal welfare at affordable prices'

Eyal Afghans, founder and CEO of Imagindairy, also emphasizes the environmental performance of its technology. Which - in comparison with the production of cow's milk - uses only 10% of water and 1% of the land, also having regard to the land necessary for the production of carbon and nitrogen sources to nourish the microorganisms. Zero methane emissions.

Technologies Examples include meat, skin, and dairy products produced at the cellular level. (…) Products under development in this area are typically valued for their environmental, ethical, and sometimes health and safety benefits over animal-derived versions. ' (1)

Cellular agriculture can be achieved with two different approaches:

- precision fermentation (fermentation-based cellular agriculture), instead of animal cells, uses microorganisms (e.g. bacteria, yeasts, fungi, microalgae). Which are subjected to genetic modification, with the addition of recombinant DNA, so that when they are fermented in sugars they produce organic molecules destined to make familiar products such as Imagindairy's milk. (4)

Imagindairy he is confident that he will be able to place his on the market Alt Milk and derivatives by 2023, starting with the Israeli market. In Europe the time to market it could be longer, as the authorization procedure established for i Novel Food. (5)

The products - following a scientific opinion from EFSA and authorization from the European Commission - they can in any case be marketed without referring to names such as milk, yogurt, cheese. (6) Avoiding the risk of confusion (milk sounding, Cheese Sounding).

(5) Dario Dongo. Proteins for the future, novel food. Challenges and opportunities in the EU. DO (Food and Agriculture Requirements). 15.12.21, https://www.foodagriculturerequirements.com/archivio-notizie/proteine-per-il-futuro-novel-food-sfide-e-opportunità-in-ue

(6) The regulation on the common organization of the markets, the so-called single CMO, in fact reserves the legal name 'XNUMX cups milk'alone'product of normal mammary secretion, obtained by one or more milkings'. Also meaning as'dairy products' those 'derived exclusively from milk'(EU reg. 1308/13, article 78 and Annex VII, Part III)